Provinces of Night by William Gay 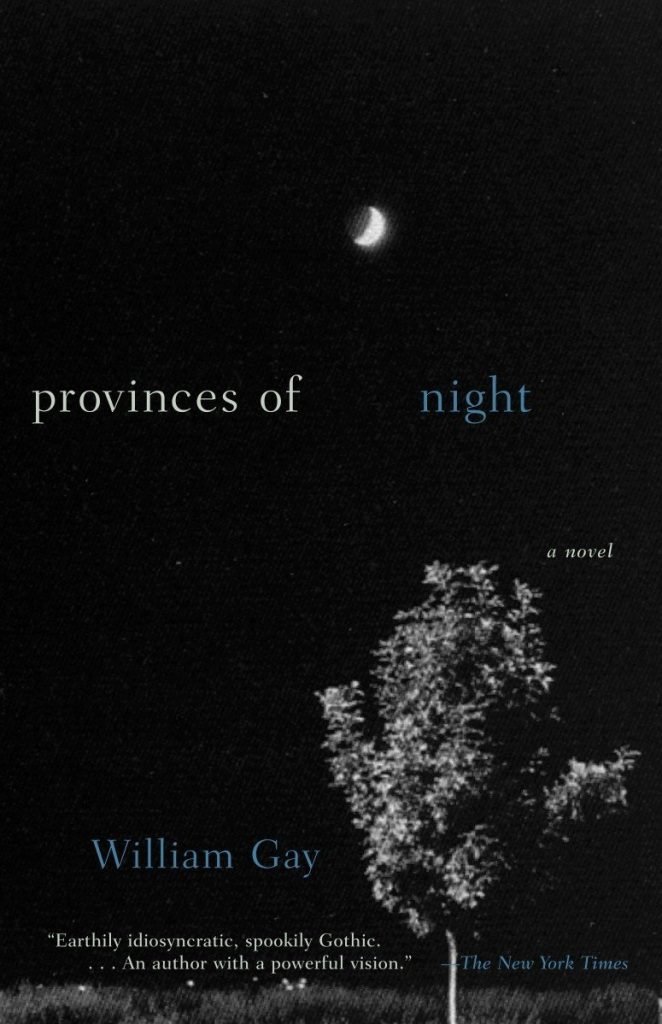 The year is 1952, and E.F. Bloodworth has returned to his home – a forgotten corner of Tennessee – after twenty years of roaming. The wife he walked out on has withered and faded, his three sons are grown and angry. Warren is a womanizing alcoholic, Boyd is driven by jealousy to hunt down his wife’s lover, and Brady puts hexes on his enemies from his mamma’s porch. Only Fleming, the old man’s grandson, treats him with the respect his age commands, and sees past all the hatred to realize the way it can posion a man’s soul. It is ultimately the love of Raven Lee, a sloe-eyed beauty from another town, that gives Fleming the courage to reject this family curse.

William gay was a writer of profound lyrical skill, a master craftsman in storytelling holds a sheer beauty with words and language usage, arranges sentences in a way that makes reading his stories a joy. His words metaphors and similes paint wonderful scenes and thoughts of our surroundings and the human condition.
This story is of discovery and redeeming through loss and love. The characters are memorable and from walks of life that liven the somber soul and broaden some narrow minds.
His characters in this tale live and breathe life to its edges and others modestly.
Kin, brothers and one man a father a grandfather to a budding young writer Fleming whose probably the only one that admires his grandpa the blues man, wanderer of the earth and of many adventures. Fleming is wanting to be far from his kin’s past and make a difference he finds love in the form of another soul a female whose also had a shady upbringing this fact brings a little light through this story on his future and wills or wills not in settling down.
This was a wonderfully written human tragedy with originality and a language that some may not be accustomed to, that does nothing but add that extra hook to the reading experience.
By the time i finished i learned two things one word of expression
“Hellfire” and a few words “Shall i put a Hex(curse) on him” that will forever run in my quieter hours with a smile on my face.
An underrated writer not known enough by the masses who died in 2012.


Reviewed by Lou Pendergrast on 28 September 2012