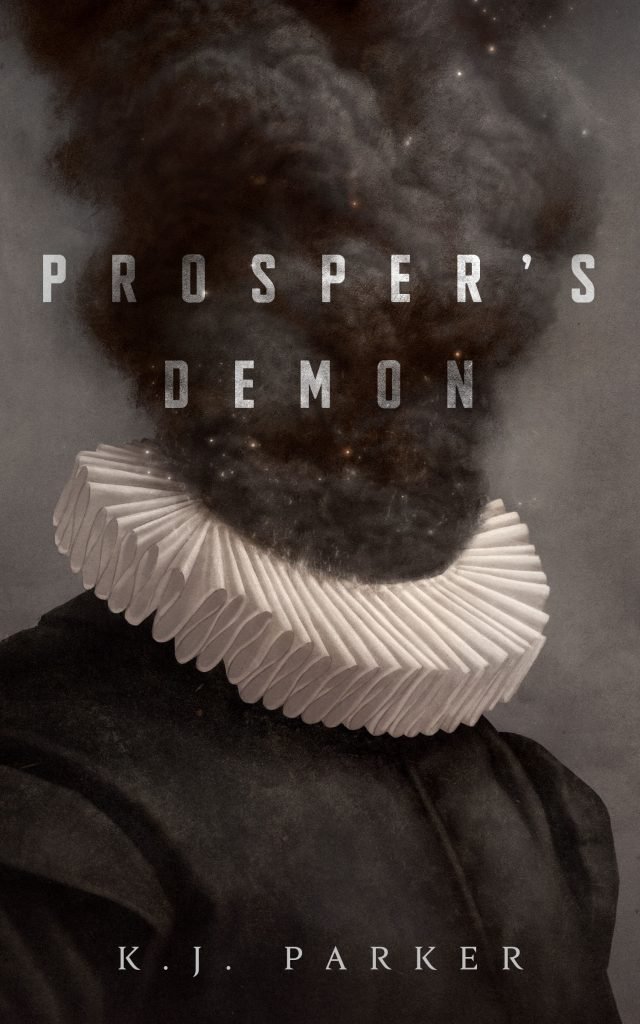 In a botched demonic extraction, they say the demon feels it ten times worse than the man. But they don’t die, and we do. Equilibrium.

The unnamed and morally questionable narrator is an exorcist with great follow-through and few doubts. His methods aren’t delicate but they’re undeniably effective: he’ll get the demon out—he just doesn’t particularly care what happens to the person.

Prosper of Schanz is a man of science, determined to raise the world’s first philosopher-king, reared according to the purest principles. Too bad he’s demonically possessed.

Having worked in journalism, numismatics and the law, K. J. Parker now writes for a precarious living. He is the author of Devices and Desires, Evil for Evil, The Devil You Know, and other novels. K J Parker also writes under the name Tom Holt, and has won the World Fantasy Award twice.