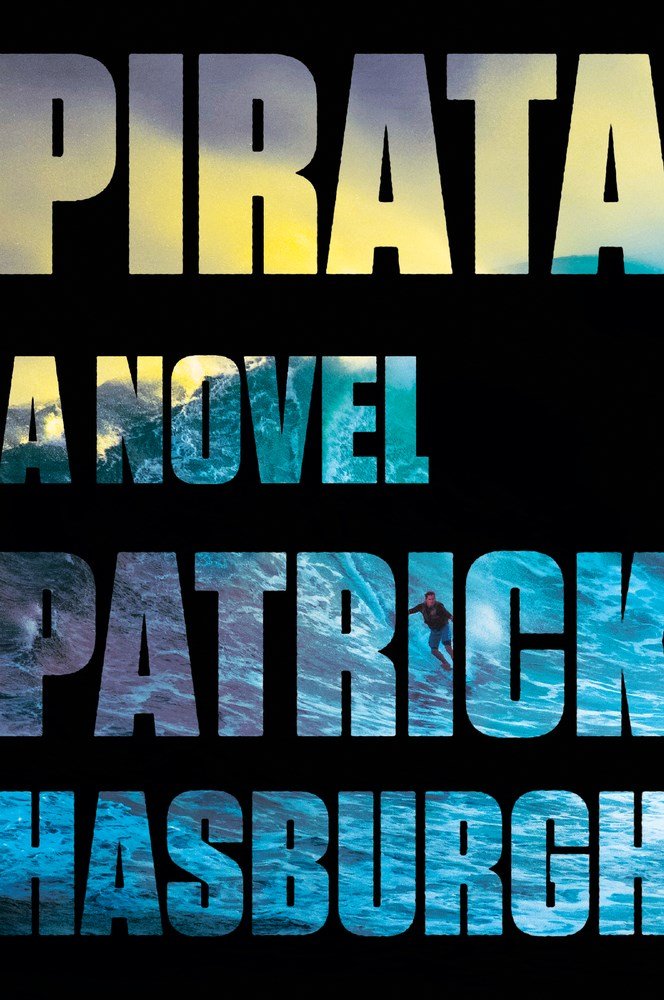 From 21-Jump Street writer and series creator Patrick Hasburgh, a part thriller, part family novel about an ex-pat American living and surfing in Mexico, the family he loves, and the murder he witnesses, in the vein of Don Winslow’s The Dawn Patrol

In a former life, Nick Lutz, sold cars in the Golden State. He had a wife and a young son, Marshall, and they struggled along until Nick was shot in the head when a potential customer hijacked the car he was demonstrating. The incident sets off a bad-luck domino fall, and he loses an eye, his job, his family, and, eventually, his self-respect.

With nothing left, he heads for Mexico, where he sheds his former self among an eclectic group of expats and locals, who fondly name him “Pirata” on account of his eye patch. There on the beaches of Sabinita, Nick and his new buddy Winsor drink, surf, and—most of all—they escape, buoyed away from their pasts on a life of south swells and Tecate. Nothing epic. That is until Winsor’s girlfriend, Meagan, puts the claws of a hammer into her lover’s skull.

The thing is, Winsor had it coming. And thanks to Nick’s soft spot for Meagan and her two sons, he agrees to help her out—after all, ninety percent of Mexican crimes go unsolved. They dump the body, Meagan and the boys move in with Nick, and a monsoon season fling turns into a torrid love affair as they weave their secrets and loyalties into something like a family. But when an FBI agent turns up looking for Nick and the local policía find a body washed up in the surf, he realizes his past—and his sins—have caught up to him. And there are dangerous new surprises that have yet to roll in with the tide….

A gifted storyteller, Hasburgh drops readers into the middle of a gripping, heartwarming, viscerally compelling page-turner. At once tender and deadly hysterical, Pirata is a novel readers won’t soon forget.

“Pirata is a great summer ride. It’s rare to find a novel that’s so harrowing, funny and touching at the same time, but Patrick Hasburgh somehow pulls it off. His surf-bum narrator is a new classic—think of Philip Marlowe, on a longboard.”   – Carl Hiaasen, New York Times bestselling author of Bad Monkey and Razor Girl

“There’s an authenticity that can only come from really living amongst and in the lives of your characters. Hasburgh paddles us into the fresh yet classic world of Pirata and sets us up squarely to explore family, fatherhood, profound loss, and epic waves.” – Peter Berg, Emmy Award-winning director of Friday Night Lights

“Compellingly written…Surfing and crime have come together before, most notably in Kem Nunn’s cult classic Tapping the Source and in Don Winslow’s The Dawn Patrol, but Hasburgh ups the ante.” – Booklist

Sun, sea, sand, .. mucho troubles in Mexico for a man with one eye called Pirata by many, as in Spanish for Pirate, due to his one eye and patch.
You will find him at times in the surf with his certified Mike Hynson Red Fin surfboard, and at others times catch him getting beat down by military with bamboo stick.
In San Diego County he lost his house, wife, son, and job and so finds himself across the border now in a little of a jam.
Easy flowing, funny and original little summer crime caper of a read.

Reviewed by Lou Pendergrast on 11 August 2018