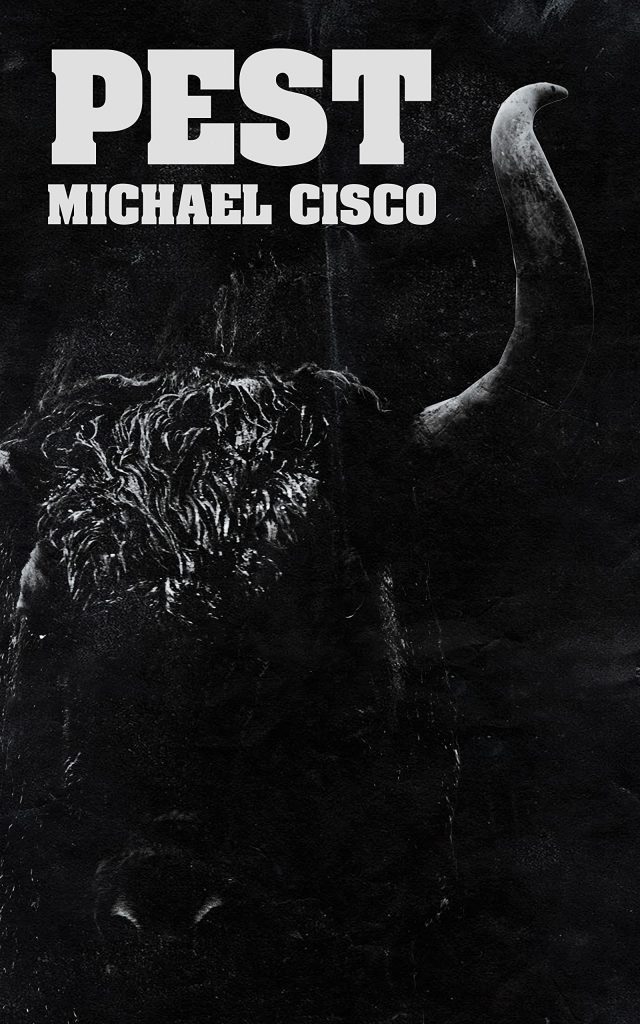 Pest presents the bizarre events that lead a new, parallel life for a man named Chalo as a wild yak living in the Himalayas. Chalo the man is recruited by a latter day prophet named Grant to design and build a campus on Catalina Island, where initiates will be trained to receive a celestial visitor, the “Ancient Newborn.” Chalo the yak reflects on his human past while the annual rut looms ominously nearer and nearer. The struggle to fund and construct the campus is complemented by the psychoactive changes of the yak breeding cycle, and the mating battles that Chalo will have to participate in. Both involve creating something that will outlast Chalo’s individual life, and give it meaning. Both will also involve telluric forces, demons recruited by Grant to overcome sinister fiduciary magic, which cross-link the two halves of the story.

“A rivetingly strange novel in which Cisco mixes game theory, serious philosophy, SF, and dark fantasy into something at once unreal and really entrancing. Kind of like what might happen if Wyndham Lewis decided to write like M. John Harrison and had Martin Heidegger as his editor. MEMBER is a complex, compelling work.”
—Brian Evenson

“Michael Cisco is of a different kind and league from almost anyone writing today.”
—China Mieville

“Michael Cisco’s works immerse the reader in worlds that are not simply dreamlike in the quality of their imagination but somehow manage to capture and convey the power of the dream itself.”
—Thomas Ligotti

“At this point, it appears Cisco is simply operating in a sphere that most weird fiction writers never reach, or attain only rarely, and is doing it effortlessly.”
—Weird Fiction Review

Michael Cisco (born October 13, 1970) is an American writer, Deleuzian academic, teacher, and translator currently living in New York City. He is best known for his first novel, The Divinity Student, winner of the International Horror Guild Award for Best First Novel of 1999. His novel The Great Lover was nominated for the 2011 Shirley Jackson Award for Best Novel of the Year, and declared the Best Weird Novel of 2011 by the Weird Fiction Review. Other fiction includes the short story collections Secret Hours and ANTISOCIETIES. He teaches at CUNY Hostos.

(once read review will be added)

Reviewed by Lou Pendergrast on 25 September 2022