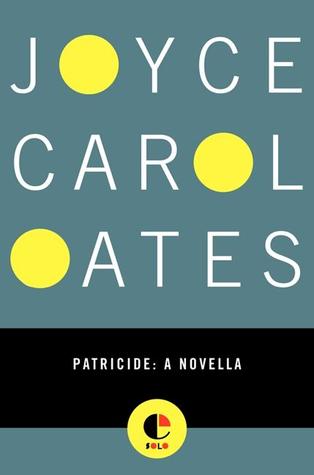 Carol Oates has crafted a story about a father and daughter relationship.
He is a celebrated writer and the author of a Nobel prize winning novel.
This is a strained relationship at times but the father and daughter have an understanding and have had some great moments in their lives.
She is not married or with kids and she seems to not want flee the household of her father and takes up the role helping administer his busy writing life.
The title of this novella is the name of the novel of which he has written and is to be published in this story.

This story also focuses on loss and relationships.
He has many women to his name, many wives and through them all his daughter as always been there. She talks vastly about being around these women and how she kept many of them away.
His daughter is loyal and caring she’s never had a child nor had sexual relations with a man or woman. Quite the opposite and contrast to her fathers lifestyle.

At seventy-four years old he falls in love with a woman of twenty-four, the daughter eventually accepts their being together and the new partner as a genuine mate.
His time with this new love hits an obstacle an unplanned, unpredicted fate that separates him from his loved ones.

Carol Oates is a masterful storyteller when it comes to writing about the human condition and a vast cast of characters with dilemmas and flaws, happiness and sadness.
She’s right up there in Flannery O’Connor territory.
A novella that is heartfelt and captivating, delivered in a easy flowing prose.

“Vulnerable to women, particularly young women, Dad was always “seeing” someone and always being “disappointed”-yet I dreaded the day when my seventy-four-year-old father might announce that he was “remarrying”-again!-and that our Thursday evening routine, the very core of my emotional life, was coming to an end.”

“At last count I have four stepmothers, in addition to my own mother. They are Monique, Avril, Phyllis, Sylvia. There are step-brothers and sisters in my life but they are younger than I am, of generation, and resentful of me as their fathers favourite.
I think of my stepmothers as fairy-tale figures, sisters united by their marital ties to Roland Marks, but of course these ex-wives of Roland Marks detest one another.”

“The love-affair of a daughter with her father encompasses here entire life. There has never been a time when she has not been her father’s daughter.
I thought none of them can take my place. None of them can know him as I do.”

Reviewed by Lou Pendergrast on 17 August 2012