Book Review: Out of Water by Sarah Read - More2Read

Out of Water by Sarah Read 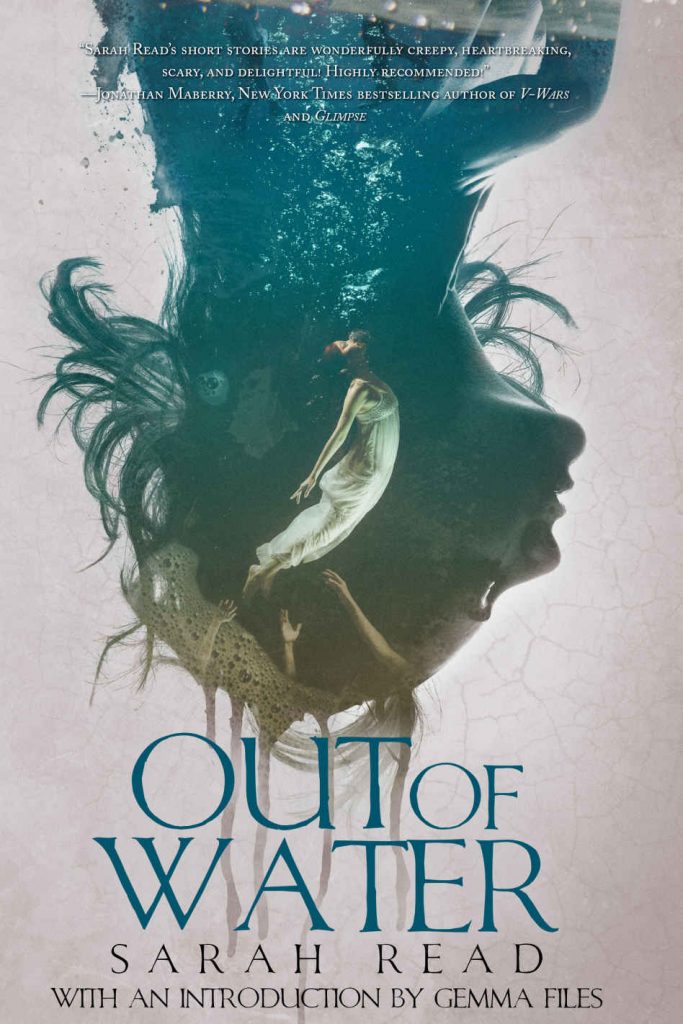 THIS IS AN INVITATION TO DROWNING.

These are the stories of things out of water—of sea bed deserts choked with ghosts; of the lonely, roving children of the fen. Here your garden grows belowground. You will be born into a cradle of your own bones, shadows will burst from your eyes, and your mouth will fill with thorns. Storms will twist inside you, and the ghosts of your past will follow you and chart your future.
Here, things are out of place—ectopic and unviable—and you will mourn the unborn, those underwater things out of water.

Praise For Out of Water:

“Sarah Read is one of my very favorite voices in horror and dark fantasy, and I’ve been waiting a long time for her to release a collection. So let me say this loud and clear: that wait was absolutely worth it. OUT OF WATER is a gorgeous, sinister, and incredibly lovely dive into all the darkness the horror genre has to offer. Sarah knows exactly how to draw the reader in and then send chills up their spine, all while breaking their hearts. Whatever you do, don’t miss this book.”
— Gwendolyn Kiste, Bram Stoker Award-winning author of THE RUST MAIDENS

“Read’s stories left me emotionally wrought and viscerally disturbed. With unforgettable imagery and characters that come to life on the page, Out of Water is one of the best collections I’ve read this year.”
— Kaaron Warren, Aurealis and  TIDE OF STONE

“In Sarah Read’s Out of Water you will find monsters with human faces and humans with monstrous hearts. There are secrets dark and deep, and dreams darker and deeper still. And there are characters who stretch their hands from haunted shores in hopes of reaching a happier one. Read’s collection is filled with grim humour, heart-wrenching horror and, sometimes, dire hopes.”
— Angela Slatter, author of The Bitterwood Bible and Other Recountings

Tales with creeping insidiousness and monstrosities of many kinds await.
From the collection these tales worked for me:

“There wasn’t much known about Paleolithic funerary rites. Because sites like this were never found.”

“A dozen skeletal remains filled shallow alcoves that lined the walls beneath the drawings. Beyond the alcoves, two narrow openings split the back of the cave. One led to nothing but a cavernous sinkhole. The other led to the much-trafficked cave chamber containing the remains of several cave bears. No one had known that the loose rubble wall of the cave bear room had concealed the entrance to another chamber. No one had wanted to disturb the stones and risk a cave-in. But with temperatures rising, the ice on the opposite slope had melted away, and the true entrance to the cave had opened its dark eye over the valley below.”

Monsters and wilderness smell in the air and cows…there was once an era with talk of aliens now in the present of the narrative what more can one find in the redness and bleakness. Visceral telling with monstrosities.

“In the East, they call them monsters. In the South, it’s devils. In the West, they all just assume it’s people from Portland. But here in the Southwest, it’s always aliens.”

Living life as a blessing and curse in this tale. Bad humans subjecting another to terrible words and actions and then… an unholy delirium and stupor of wickedness awaits.

The past is never dead would be a suiting title, secrets, crimes, and some haunting justice.