Matilda is a little girl who is far too good to be true. At age five-and-a-half she’s knocking off double-digit 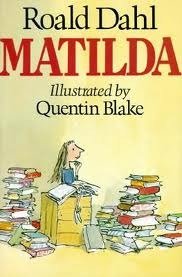 multiplication problems and blitz-reading Dickens. Even more remarkably, her classmates love her even though she’s a super-nerd and the teacher’s pet. But everything is not perfect in Matilda’s world. For starters she has two of the most idiotic, self-centered parents who ever lived. Then there’s the large, busty nightmare of a school principal, Mrs. (“The”) Trunchbull, a former hammer-throwing champion who flings children at will and is approximately as sympathetic as a bulldozer. Fortunately for Matilda, she has the inner resources to deal with such annoyances: astonishing intelligence, saintly patience, and an innate predilection for revenge.

She warms up with some practical jokes aimed at her hapless parents, but the true test comes when she rallies in defense of her teacher, the sweet Miss Honey, against the diabolical Trunchbull. There is never any doubt that Matilda will carry the day. Even so, this wonderful story is far from predictable. Roald Dahl, while keeping the plot moving imaginatively, also has an unerring ear for emotional truth. The reader cares about Matilda because in addition to all her other gifts, she has real feelings.

This was fun read, even though the movie Matilda is heavily engraved in my mind and there was no real surprises when reading it. It was fun even though the young lad I was reading it with kept falling asleep two pages in, and I felt to finish in one night. This story could be used as a manual to parents on how to NOT raise your kids and to all the Trunchbottoms on how to Not teach children. All the Trunchbottoms watch out their next pupil might just be like Matilda or up the ante maybe the girl Drew Barrymore played in The Firestarter adaptation of Stephen Kings novel. It also highlights the joy and the value of having a good and kind teacher like that which Matilda successfully had. Last but not least the joy of reading Matilda displayed was a real billboard advertisement for the promotion of reading to young kids and left a lasting importance for many.
Truly a great writer who can be remembered as being in many readers bedtime stories.
There is a sort of hall of fame of gifted young girls that she joins alongside Firestarter girl and Swan from Swan song by Robert McCammon. 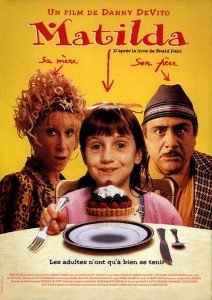 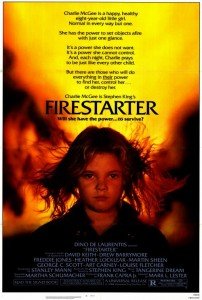 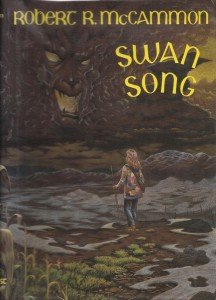 Reviewed by Lou Pendergrast on 24 March 2012