Book Review: A Map of the Dark by Karen Ellis - More2Read

A Map of the Dark by Karen Ellis 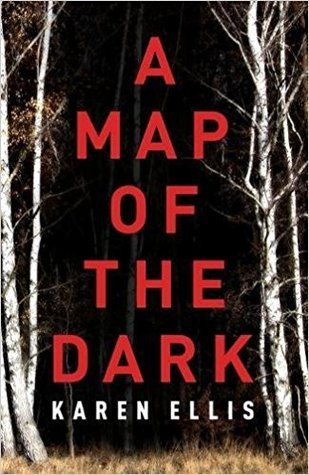 A race-against-time thriller for fans of Tana French and Megan Abbott: to save a missing girl, FBI Agent Elsa Myers may have to lose herself…

Even as her father lies dying in a hospital north of New York City, FBI Agent Elsa Myers can’t ignore a call for help. A teenage girl has disappeared from Forest Hills, Queens, and during the critical first hours of the case, a series of false leads obscures the fact that she did not go willingly.

With each passing hour, as the hunt for Ruby deepens into a search for a man who may have been killing for years, Elsa’s carefully compartmentalized world collapses around her. She finds missing people, but she knows too well how it feels to be lost. Everything she has buried–her fraught relationship with her sister and niece, her self-destructive past, her mother’s death–threatens to resurface, with devastating consequences.

Can our most painful childhood secrets be forgotten? Or will they always find their way back into our adult lives? These questions lie at the heart of A Map of the Dark, a riveting portrait of a woman haunted by her family legacy, and a race-against-time thriller.

Praise for A Map of the Dark:

“Tight prose, strong characters, and deft storytelling… a riveting tale thatbegs to be read in one sitting. Readers who enjoy police procedurals and Karin Slaughter’s thrillers will delight in discovering a new voice.” – Library Journal

“Ellis writes with a lyrical economy, alternating between glimpses into Elsa’s fraught childhood and the case at hand. Readers will savor getting toknow this singular heroine, a cop who feels the call of a lost child.”–Kirkus Reviews

“The start of a riveting series.  Tight plotting will keep readers turning the pages.” —Publishers Weekly

“Her name’s Ruby Haverstock. She’s seventeen, almost eighteen, and her parents haven’t heard from her since Friday night. She went to her job at a local café, left work on time, and that was that.”
As the excerpt says this looks as an ordinary missing girl case for this new series featuring a female lead character, an FBI agent, Elsa Myers, but there are other complexities, other darkness indoors waiting to lurk its head out, other truths that wait and you feel the intensity at times of something coming and this keeps you reeled in and immersed in the tale. The fragility of this agent and her past brought before the reader in unfolding events and a series of flashbacks to her terrible mother daughter relationship. She is captive of the dark past within, a release somehow wanting, and with an ailing father with cancer needing attention she needs to focus on the discovery of the missing girl, battling with past and present some resilience to move in right direction in a map of discovery sought, a map of dark things may just come to fruition. Time is of essence, a sense of things slipping away from her, her own web of permeant reminders must be subdued, as the the chapters that mark the days mount, chances of the missing being alive shorten.

This is a psychological tale that has you intertwined in the discovery of Elsa’s troubled past and her dealing and coming to terms with that, with her competent outer but fragile inner self and then also the safety of the missing.
There are maybe one or two things in this story that do not feel plausible in reality.
The writing, easy flowing, visceral, and the psychology mystery has you reading on in some compelling and accessible thrill.

Reviewed by Lou Pendergrast on 18 January 2018