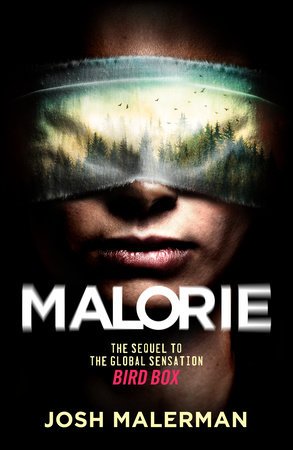 The film adaptation of Malerman’s first novel, Bird Box, was watched by over forty-five million Netflix accounts in the first week, the best first seven days ever for a film on the platform. Countless more came to know the story through social media. The image of Sandra Bullock’s character, Malorie, blindfolded—as she’s led through a terrifying near-future apocalypse by the trained ears of her children—has become synonymous with a new generation of horror.

Now from the mind of a true master of suspense comes the next chapter in the riveting tale. This time, Malorie is front and center, and she will confront the dangers of her world head-on.

“Another taut, breathless supernatural thriller . . . [Josh] Malerman masterfully evokes apocalyptic horrors via understatement and suggestion while facilitating suspension of disbelief through nuanced characterization and thoughtful worldbuilding. This is a bang- up sequel.”
—Publishers Weekly (starred review)

“This sequel is as tense and harrowing as the original, with a new depth that raises the stakes. More than just a tale of survival in a world gone mad, Malorie examines how much we can—and should—hold on to those who survive with us.”
—Riley Sager, New York Times bestselling author of Lock Every Door

“I can’t remember the last time I had to set a book down because it was too intense for me to continue. And that’s only the halfway point. Once Malerman hits the gas you better hang on tight, because he doesn’t let up until the stunning finish. Malorie is a relentless thriller that will fry your nerves and twist your heart. It’s absolutely brilliant.”
—Philip Fracassi, author of Behold the Void