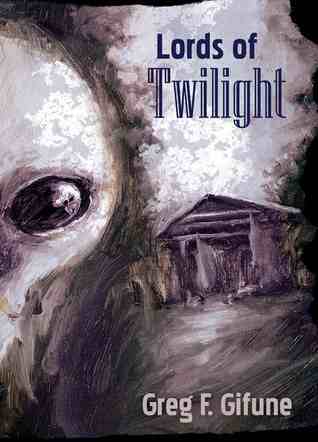 Strange things are happening in the small, isolated town of Edgar, Maine. Mysterious lights dot the night skies. A local farmer is found dead at the summit of a hill with no evidence as to how his body got there. Livestock is disappearing, only to be discovered later, dead and mutilated with precision-like wounds. And despite the coming of an enormous winter storm, odd men identifying themselves simply as ‘federal agents’ have converged on Edgar in government vehicles as if in anticipation of some greater event.

Newcomer Lane Boyce, a recently divorced schoolteacher with a questionable past, believes there must be reasonable explanations for what is taking place, yet seems inexplicably tied to the events. Haunted by his own demons and drowning in loneliness and regret, Lane had hoped Edgar might be a quiet refuge and a place to begin again. Instead, there is madness here, an evil that is slowly making itself known. And as the snowstorm hits town, Lane finds himself trapped in his small house in the middle of nowhere, alone with his puppy…and something else.

There, just beyond the trees, hidden in shadow, something watches, waits and whispers, ushering in a new age, a time of something else. Something other. Something close. Reality is no longer ours. It belongs to them.

It belong to the LORDS OF TWILIGHT.

A man in a dilemma of sorts divorced and missing his wife. His only real companion at present is a man best friend a puppy. It’s fine company animals but way out in a middle of no where is not the best place to live especially if you have unwelcome visitors that wish destruction and manipulation. Just don’t hurt my fury friends.
The main protagonist lost two of the most important things before he moved to this desolate place. Two things that most defined him were being a husband and his career as a teacher, so if any trouble comes knocking at his door he has nothing to loose or does he?
He might have yet to experienced the worst of times, as his worst nightmares may soon occur before him. The author absorbs you in the moment and constructs a dark dreary cold atmosphere. He is succeeding continually in writing creative stories, definitely one writer to watch out for.
There maybe salvation, damnation, transcendence or perhaps all three.

“From the very corner of his eye he saw them standing there, little hideous silhouettes in the night, silently watching with their horrible eyes.”