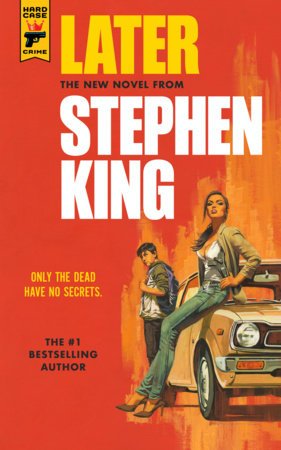 #1 bestselling author Stephen King returns with a brand-new novel about the secrets we keep buried and the cost of unearthing them.

The son of a struggling single mother, Jamie Conklin just wants an ordinary childhood. But Jamie is no ordinary child. Born with an unnatural ability his mom urges him to keep secret, Jamie can see what no one else can see and learn what no one else can learn. But the cost of using this ability is higher than Jamie can imagine – as he discovers when an NYPD detective draws him into the pursuit of a killer who has threatened to strike from beyond the grave.

LATER is Stephen King at his finest, a terrifying and touching story of innocence lost and the trials that test our sense of right and wrong. With echoes of King’s classic novel It, LATER is a powerful, haunting, unforgettable exploration of what it takes to stand up to evil in all the faces it wears.

Until the release of Later in Mar 02, 2021, one can read Stephen King’s other publication Joyland, also published with Hard Case Crime. I mentioned this in 2013:

” In this tale he weaves you slowly in, with the telling of the main character Devin Jones and his humble efforts on a summer job at Joyland, a place of fun, and slowly revels some darkness and then some light with the great character Mike and his dreams of being out of his wheelchair high up in the sky on a ride, like the kite he regularly reels from his seat, as dreams are forged, and he breathes the air you have the great feeling of freedom he must have felt and then the darkness comes again and then…….the rest lays in wait for you to read this Summer, run and buy it in truck loads and give out for free.”

You can read the rest of the review in link below. 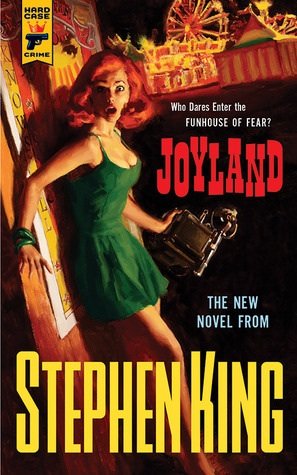 Reviewed by Lou Pendergrast on 08 March 2021