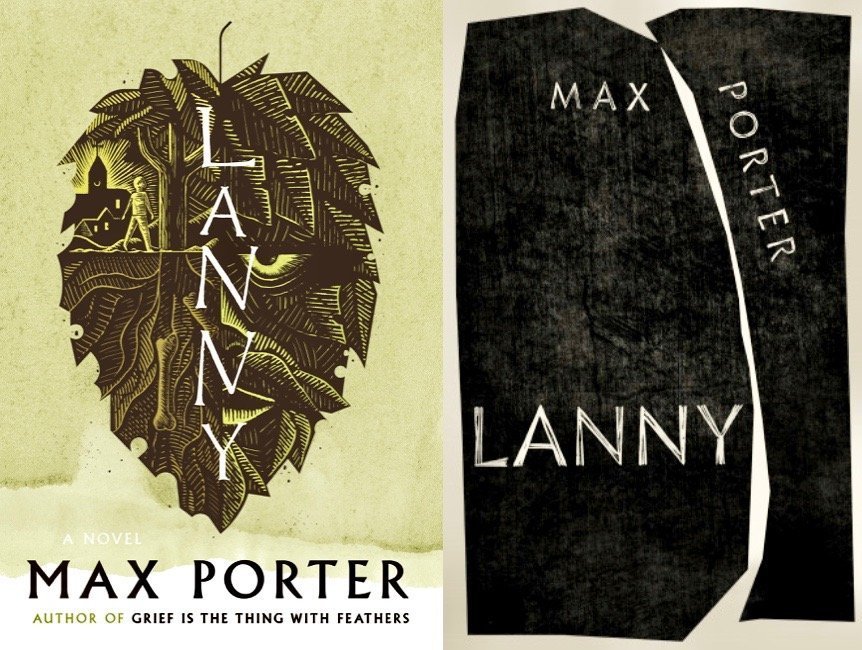 There’s a village an hour from London. It’s no different from many others today: one pub, one church, redbrick cottages, some public housing, and a few larger houses dotted about. Voices rise up, as they might anywhere, speaking of loving and needing and working and dying and walking the dogs. This village belongs to the people who live in it, to the land and to the land’s past.

It also belongs to Dead Papa Toothwort, a mythical figure local schoolchildren used to draw as green and leafy, choked by tendrils growing out of his mouth, who awakens after a glorious nap. He is listening to this twenty-first-century village, to its symphony of talk: drunken confessions, gossip traded on the street corner, fretful conversations in living rooms. He is listening, intently, for a mischievous, ethereal boy whose parents have recently made the village their home. Lanny.

With Lanny, Max Porter extends the potent and magical space he created in Grief Is the Thing with Feathers. This brilliant novel will ensorcell readers with its anarchic energy, with its bewitching tapestry of fabulism and domestic drama. Lanny is a ringing defense of creativity, spirit, and the generative forces that often seem under assault in the contemporary world, and it solidifies Porter’s reputation as one of the most daring and sensitive writers of his generation.

“Reading Lanny is like going to the back of the garden to find the exact spot where magic and menace meet. It’s delightful and dark, stark and stylish, and as strange as it is scary.”
—Claire Cameron

“In Lanny Max Porter has expanded on his innovative hybrid mode while remaining faithful to our species-wide tradition of storytelling through myth, magic, and parable, but also through the harrowing minutiae of being alive in the trying hours of a small town ruptured by loss. The result is a powerful yet tender reclamation of the imagination, love, and artmaking—all of it a brilliant defense of the outsider’s tenuous foothold in society.”
—Ocean Vuong

“It takes a special kind of genius to create something which is both so strange and so compulsive.”
—Mark Haddon

“Books this good don’t come around very often. It’s a novel like no other, an exhilarating, disquieting, joyous read. It will reach into your chest and take hold of your heart. Every page is a joy. It’s a novel to press into the hands of everyone you know and say, read this.”
—Maggie O’Farrell

“It shouldn’t be possible for a book to be simultaneously heart-stopping, heart-shaking and pulse-racing, but that is only one of the extraordinary feats Max Porter pulls off in this astonishing novel.”
—Kamila Shamsie

“Max Porter writes like no one else and it is impossible not to be swept along and astounded. Lanny is a wonder.”
—Daisy Johnson

“Porter’s innovative hybrid of fairy tale, fable, and myth cunningly evokes the freewheeling fantasies of children at play. . . .The result is a puckish celebration of imagination and free spirits rising above the buzz of societal scolds and the anxieties of parental love.”
—NPR.org

“Porter’s framework has enabled him to write a book that is part poetry and part prose, where each main character feels like a member of a chorus delivering a soliloquy, some humorous, many others pained.”
—Washington Post

“A striking work of experimental fiction and a fine follow-up to Porter’s ‘Grief Is the Thing With Feathers.’”—USA Today
“A dreamy whodunnit.”
—WSJ Magazine

There is mad Pete and mad Lenny, one a man and artist, another a boy with creepy imagination for weird things, both evoke labelings as the weird ones of the village.

He is Lanny Greentree, a little mystery.
A memorable character in a spellbinding tale.

He has a strange inquisition asking questions in an art class like this ..
“He looked at the little tube.
How much white would you need to eat to die?”

Breathing originality, the visceral, vivid and poetic prose with the mythical laid down with the beguiling, a testament of words and voice, with complexities, emotions, and growing things, fears and the world, sparse and vast, pastoral and parental nightmares and dreams, to the edges of real and unreal encounters being lost in weird realms.

“I heard the girl in the tree.
What?
There’s a girl living under this tree. She’s lived here for hundreds of years. Her parents were cruel to her so she hid under this tree and she’s never come out.”

“Lanny-esque stream of conversation flowed forth, philosophical mutterings and bits of tune all mixed up with standard child babble”

“Dead Papa Toothwort has seen monks executed on this land, seen witches drowned, seen industrial slaughter of animals, seen men beat each other senseless, seen bodies abused and violated, seen people hurt their closest, harm themselves, plot and worry or panic and rage, and the same can be said of the earth. He has seen the land itself cut apart, its top layer disembowelled, stripped and re-plundered, sliced into tinier pieces by wire, hedges and law. He has seen it poisoned by chemicals. He has seen it outlive its surgeons, worshippers and attackers. It holds firm and survives the village again and again and he loves it. He wouldn’t do well in a wilderness.”

“Do you believe in Dead Papa Toothwort?
Eh?
Do you think he’s real?
Well, no. Well yes inasmuch as he’s real if people believe in him. So yes. Just as mermaids or Spring-heeled Jack or the Green Children of Woolpit are real if people have thought about them, told stories about them. He’s a part of this village and has been for hundreds of years, whether he’s real or not”

“I said, I hate to break it to you, but Lanny’s the one telling me frightening things.
I know, she said. But the school tell us he’s been writing the strangest stories, dark stuff, and behaving a bit oddly, and a girl in year 5 complained he’d put a spell on her.” 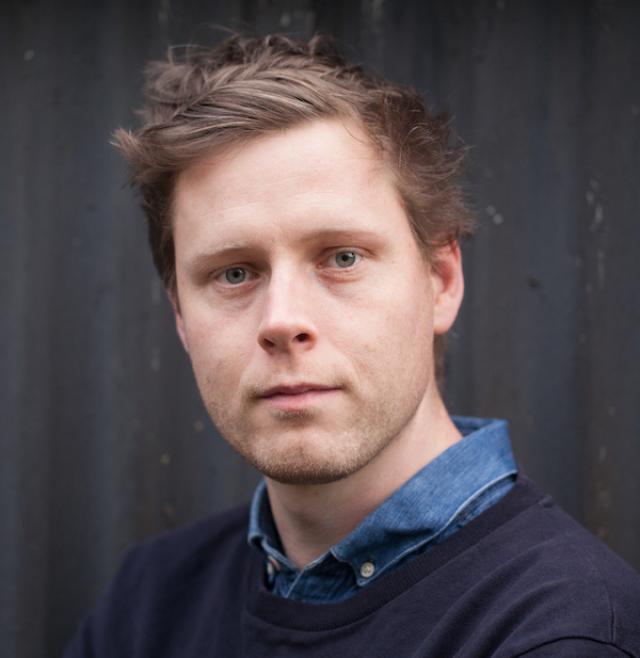 Max Porter is the author of Lanny, and Grief Is the Thing with Feathers, which won the International Dylan Thomas Prize and the Sunday Times/Peters Fraser + Dunlop Young Writer of the Year Award, and was shortlisted for the Guardian First Book Award and the Goldsmiths Prize.