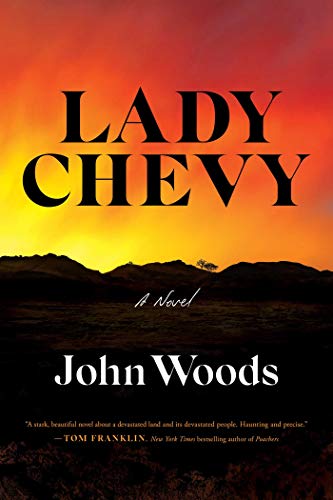 In a forgotten part of Middle America, a defiant act leaves one man dead and one teenage girl faced with a stark decision that could mean losing everything.

Amy Wirkner, a high school senior in Barnesville, Ohio, is a loner, nicknamed “Chevy” for her size. She’s smart, funny, and absolutely determined to escape from her small town in the Ohio Valley, a place poisoned by fracking. She does well in school despite the cruelty of her classmates and has her eyes on a college scholarship, so she can one day become a veterinarian and make something of herself.But even as she tries to keep her head down and stay out of trouble, trouble seems to find her. Believing toxic water has poisoned her family, Amy one night becomes involved in an act of ecoterrorism against a local fracking company that goes terribly wrong. Her oldest friend Paul, as angry and defiant as she is, has drawn her into this dark world—and now a man is dead as a result. But Amy can’t—won’t—let one night’s mistake stand in the way of her plans.Touching on important topics as wide-ranging as ethnic hatred, police corruption, environmental decay, and gun violence, Lady Chevy is one girl’s story that highlights the darkest parts of modern America with surprising results.

“Lady Chevy is a compelling look at some of the bleaker realities of modern America, but the best thing about it is its humanity. John Woods writes with honesty and compassion about a young woman trying to survive in a dark and violent world. In doing so, he creates a heroine fit for our troubled times.”
– Jake Hinkson, author of ‘Dry County’

“If Cormac McCarthy wrote women, he’d write them like Amy ‘Chevy’ Wirkner of Ohio. This is a stark, beautiful novel about a devastated land and its devastated people. From end to end, it’s terrific, haunting and precise, deft and damning. A great new voice.”
– Tom Franklin, New York Times bestselling author of ‘Crooked Letter, Crooked Letter’ and ‘Poachers’

“Reading Lady Chevy by John Woods reminds me of my first encounters with the work of William Gay, Larry Brown, and Donald Ray Pollock. It’s poetic and visceral, full of characters I won’t soon forget, the place deeply alive on the page. It’s a book of great emotional power, a book that’s built to last. Searing, humane, and truly haunting.”
– William Boyle, author of ‘Gravesend,’ ‘The Lonely Witness,’ and ‘A Friend Is a Gift You Give Yourself’

“John Woods’ Lady Chevy is a hard-bitten work of the heart. He knows his people and their widely-neglected corner of America, knows their language, undying hopes and relentless fears. And knows how to bring them all to energetic life on every page.”
– James Carlos Blake, author of ‘In the Rogue Blood,’ winner of the L.A. Times Book Prize

A story like Faulkner encouraged masses to write, ones of “..the problems of the human heart in conflict with itself,” terrible histories, blood on hands of kin.
There is a prison and crucible that a young woman wants escaping from.
Family dynamics and troubles in the mix.
There is racist sentiment and doings going far back and one wonders if she will shack them off or inherit the disease.
Be hard time undoing.
One hopes that she flees and transforms to something great and that is the hook in this tale, a compelling believable lead female character tough and fragile at same time.

There is an officer with nihilistic ruminations, amongst other troubles, bringing me back to that True Detective character played by Matthew McConaughey.

Tragedy in Barnesville Ohio Valley awaiting with the words and characters cajoled together, pointing towards stories one would find penned by William Gay, Daniel Woodrell, and Joe Lansdale to name a few, with John Woods own elegant prose, potent and subduing.

It is all in here “ethnic hatred, police corruption, environmental decay, and gun violence” and dealt with great care in being evoked through young Alma’s eyes a Juxtapositioning with words and a new voice from Ohio Valley in a potent noir debut.

“These are my ingredients, the genetic swirls that make me a person, that sometimes make me feel strong and valuable, that often make me feel monstrous.”

“Men sit on benches along Main Street, watch cars pass. They smoke cigarettes and drink Mountain Dew. I recognize a few, roofers like my dad, and, I suspect, Klansmen like my grandpa. We all wave to one another. They don’t have anything to do at 7:30 in the morning, but they are up and dressed in jeans, flannel jackets, and work boots, hoping. The steel mills were outsourced to China years ago. Now there are legions of dispossessed men who hunt work wherever they can find it. They mow grass, haul trash, wash windows, paint homes. But mostly they loiter, drunk, or hide in their mothers’ basements watching war films, grown men with failed marriages and kids they rarely see. Or they’re young and childless and never had a chance to grow.”

“The road is a jigsaw of cracked asphalt along a hill. I pass through the gates, an old granite depot filled with mist. This place doesn’t frighten me anymore. Such abandoned structures define the Ohio Valley, architectural giants that are now mausoleums.
Things are bad here. We know that. But these buildings prove things truly were much better. It isn’t our imagination. The world wasn’t always this way. Once, we contributed. We were important. We mattered. All talk now of our value is in the past tense, reminding us we are no longer great.
My grandpa Wirkner managed this place for twenty years, and then it shut down along with the steel mills and took his pension with it. He sacrificed his youth for work, was left with nothing, then died in his burning home. No matter what we do, none of us get out of this life alive.”

Amy’s Uncle:
“He finishes the beer. “There’s goodness in me, Amy. I don’t know what that means. But I feel it. It’s my mind that’s dark. I thought myself to this place. So I just have to keep my mind right.” I stare over his shoulder. A black form along the wall, those bookshelves, thousands of pages, an encyclopedic descent into hell. I know this story well. Mass graves, gas chambers, firebombed cities, black uniforms, jackboots, torchlight ceremonies, the spectacle of sublime power, the vengeance of paganism, an entire civilization transfixed by the allure of darkness and death. Even with all his reading, all his killing and idealization and rants, all that anger, he still can’t see the core of it all. And that terrifies me. What it means for him, for me, for all of us.
He’s missing the key. “Maybe there is no mind.”

“One day, none of this will matter at all. It’s a universe of perpetual creation and destruction, an indifferent cosmos of churning matter in the blackness of infinite space. That is science, fact. That is the only truth that matters. What is visible in the sun is only life’s illusion. And at night the veil is drawn back, just enough. One day there will come a time when only darkness moves.”

John Woods grew up in Appalachian Ohio. He is the author of the novel, LADY CHEVY, and the collection of linked short stories, SOMETHING TENDER (with publisher Albin Michel in France). His fiction is set in The Ohio Valley and explores small-town despair and environmental decay. His writing is an intersection of literary noir and psychological horror. He has published short stories in the journals Meridian, Midwestern Gothic, Fiddleblack, and The Rag. He lives in Yorktown, Virginia. 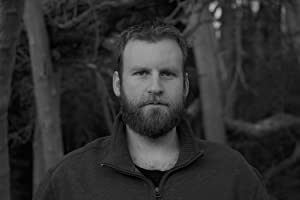