Book Review: Klara and the Sun by Kazuo Ishiguro - More2Read

Klara and the Sun by Kazuo Ishiguro 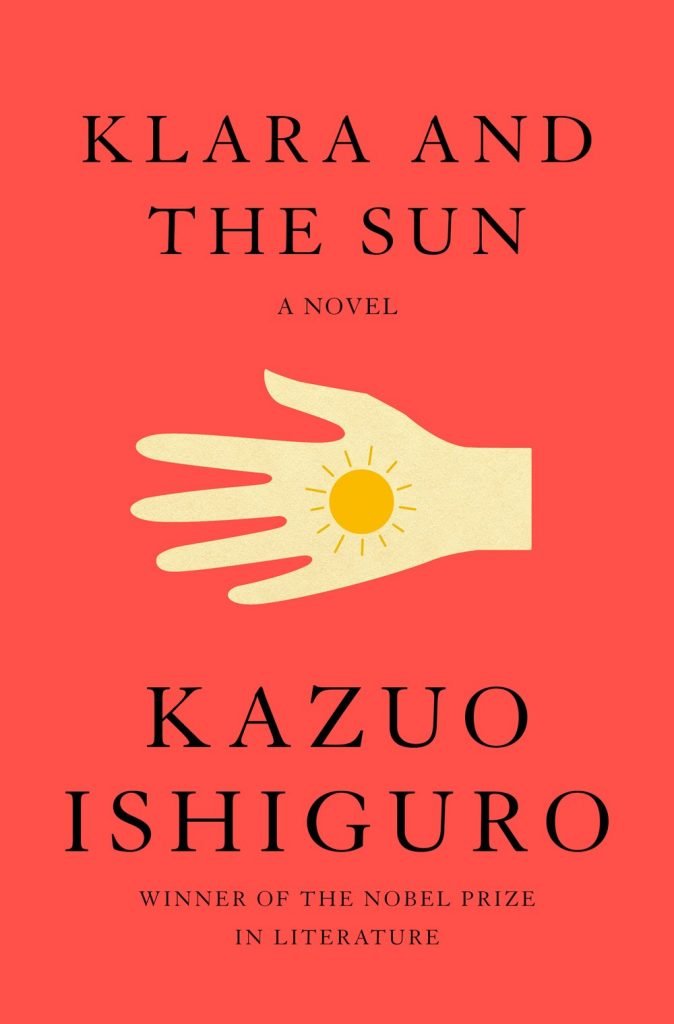 About Klara and the Sun:

Klara and the Sun, the first novel by Kazuo Ishiguro since he was awarded the Nobel Prize in Literature, tells the story of Klara, an Artificial Friend with outstanding observational qualities, who, from her place in the store, watches carefully the behavior of those who come in to browse, and of those who pass on the street outside. She remains hopeful that a customer will soon choose her.

Klara and the Sun is a thrilling book that offers a look at our changing world through the eyes of an unforgettable narrator, and one that explores the fundamental question: What does it mean to love?

Praise for Klara and the Sun:

“For four decades now, Ishiguro has written eloquently about the balancing act of remembering without succumbing irrevocably to the past. Memory and the accounting of memory, its burdens and its reconciliation, have been his subjects… Klara and the Sun complements [Ishiguro’s] brilliant vision…There’s no narrative instinct more essential, or more human.”
—The New York Times Book Review

“Moving and beautiful… an unequivocal return to form, a meditation in the subtlest shades on the subject of whether our species will be able to live with everything it has created… [A] feverish read, [a] one-sitter… Few writers who’ve ever lived have been able to create moods of transience, loss and existential self-doubt as Ishiguro has — not art about the feelings, but the feelings themselves.”
—The Los Angeles Times

“As with Ishiguro’s other works, the rich inner reflections of his protagonists offer big takeaways, and Klara’s quiet but astute observations of human nature land with profound gravity . . . This dazzling genre-bending work is a delight.”
—Publishers Weekly [starred review]

“A haunting fable of a lonely, moribund world that is entirely too plausible.”
—Kirkus Reviews [starred review]

“There is something so steady and beautiful about the way Klara is always approaching connection, like a Zeno’s arrow of the heart. People will absolutely love this book, in part because it enacts the way we learn how to love. Klara and the Sun is wise like a child who decides, just for a little while, to love their doll. “What can children know about genuine love?” Klara asks. The answer, of course, is everything.”
—Anne Enright, The Guardian

“Flawless . . . This is a novel for fans of Never Let Me Go, with which it shares a DNA of emotional openness, the quality of letting us see ourselves from the outside, and a vision of humanity which — while not exactly optimistic — is tender, touching and true.”
—John Self, The Times

“With its hushed intensity of emotion, this fable about robot love and loneliness confirms Ishiguro as a master prose stylist.”
—Ian Thomson, The Evening Standard

“It is innocence that forms Ishiguro’s major subject, explored in novels at once familiar and strange, which only gradually display their true and devastating significance.”
—Jon Day, The Financial Times

“The novel is a masterpiece of great beauty, meticulous control and, as ever, clear, simple prose.”
—Bryan Appleyard, The Sunday Times

There is this quote:
“He stood at the window of the empty cafe and watched the activities in the square and he said that it was good that God kept the truths of life from the young as they were starting out or else they’d have no heart to start at all.”
-All The Pretty Horses

You could insert in that quote: Klara stood at window looking on in the tale at taxis and people coming in and out and it was good that the manager kept the truths from the AF before they started their job or they would have no heart to do their job.
They say ignorance is bliss and you can see in the tale with the innocence and the naivety of Klara unraveling.
Theses are the poignant and illuminating days of Klara, there are awakenings in her job position with Josie, along with adventures and mysterious discoveries, a learning about love, then there is the complex relationship with the sun, ‘his kindness’ and solar absorption.
There is hope introduced and induced into the human situation, with Klara and her unique insights and perceptions, with all their class divide and ego battleground, they have to ‘do what’s best for Josie’.
Narrative lucid and imbuing effectiveness on a human comedy with a compelling look into trivial and significant souls in disturbance in a different version of suburbia from the perspective of AF Klara.

Reading this I was brought back to very different interloper of humans with The Humans by Matt Haig you may love that too.

Kazuo Ishiguro was born in Nagasaki, Japan, in 1954 and moved to Britain at the age of five. His eight previous works of fiction have earned him many honors around the world, including the Nobel Prize in Literature and the Booker Prize. His work has been translated into over fifty languages, and The Remains of the Day and Never Let Me Go, both made into acclaimed films, have each sold more than 2 million copies. He was given a knighthood in 2018 for Services to Literature. He also holds the decorations of Chevalier de l’Ordre des Arts et des Lettres from France and the Order of the Rising Sun, Gold and Silver Star from Japan. 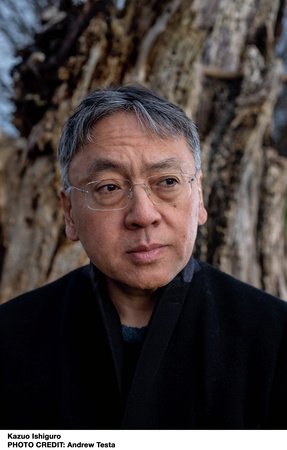 Reviewed by Lou Pendergrast on 06 March 2021