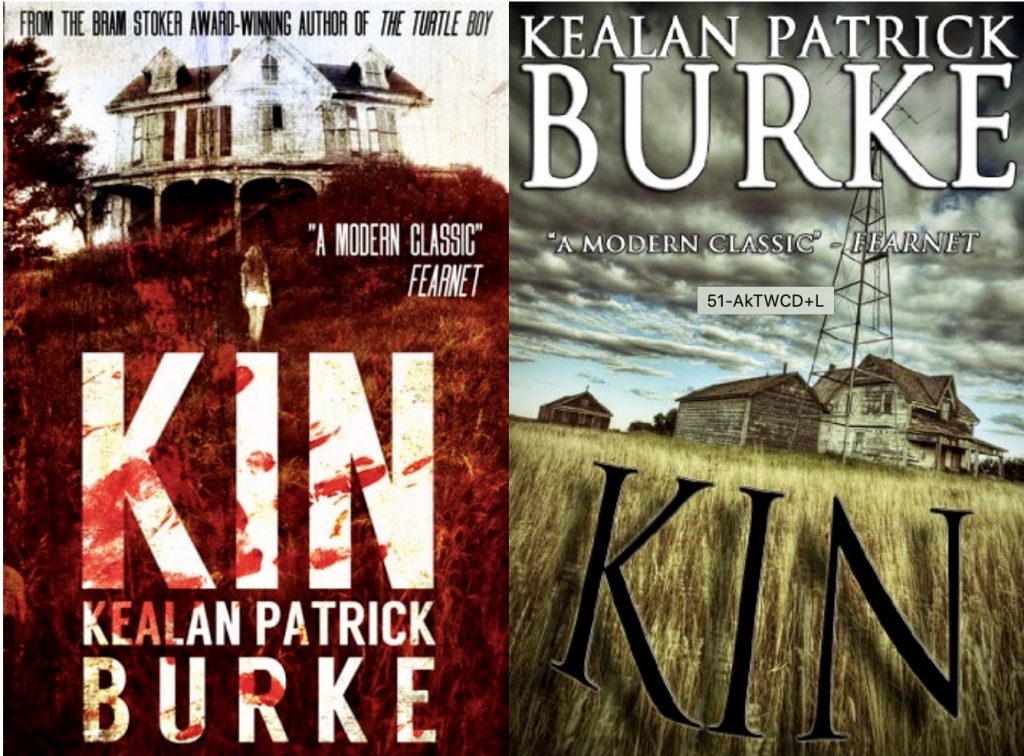 On a scorching hot summer day in Elkwood, Alabama, Claire Lambert staggers naked, wounded, and half-blind away from the scene of an atrocity. She is the sole survivor of a nightmare that claimed her friends, and even as she prays for rescue, the killers — a family of cannibalistic lunatics — are closing in.

A soldier suffering from post-traumatic stress disorder returns from Iraq to the news that his brother is among the murdered in Elkwood.

In snowbound Detroit, a waitress trapped in an abusive relationship gets an unexpected visit that will lead to bloodshed and send her back on the road to a past she has spent years trying to outrun.

And Claire, the only survivor of the Elkwood Massacre, haunted by her dead friends, dreams of vengeance… a dream which will be realized as grief and rage turn good people into cold-blooded murderers and force alliances among strangers.

It’s time to return to Elkwood.

In the spirit of such iconic horror classics as The Texas Chainsaw Massacre and Deliverance, Kin begins at the end and studies the possible aftermath for the survivors of such traumas upon their return to the real world — the guilt, the grief, the thirst for revenge — and sets them on an unthinkable journey… back into the heart of darkness.

“I am in awe of his talent.”
– Bentley Little, Bram Stoker Award-winning author of THE STORE and THE CONSULTANT

“If you’re a fan of Jack Ketchum, Richard Laymon, or movies like THE TEXAS CHAINSAW MASSACRE and DELIVERANCE, don’t miss KIN. Burke’s novel not only re-imagines the classic slasher tropes, but it invents new ones. This is a modern classic, and I cannot recommend it highly enough.”
– FEARNET

“If you took the moral quandaries about revenge, justice and violence against evil from Dennis Lehane’s Patrick Kenzie novels, spread it over the sprawling cast of a Stephen King thriller, and mixed it with the Southern Gothic grotesques of Eudora Welty, you might end up with something like Kealan Patrick Burke’s new novel, KIN.”
– LITSTACK

“From the first chapter I found myself comparing KIN to the absolute best work of Jack Ketchum, James White Wrath, and Richard Laymon. You might be thinking that I’ve listed an awful lot of great authors here and mentioned more than a few classics in this review and that there’s no way this book could live up to that hype. You’d be wrong. KIN is not only the best novel I’ve read all year, it is one of the most horrifying ones I’ve ever read. I hope you give it a shot.”
– HORROR WORLD

“It’s odd that an Irish transplant to the Northern US has written one of the best Southern Gothic novels in recent memory. I’ll look forward to Burke’s next work just as much as I hated to see this one end. I would highly recommend KIN to lovers of old fashioned horror fiction with a twist. If you’re going to read just one noir cannibal revenge novel this year, KIN should fit the bill.”
– DARK DISCOVERIES

“THIS is serious horror fiction that has set a high standard for future stories in this subgenre. Don’t miss it.”
– THE CROW’S CAW

The writer of The Turtle Boy, a Bram stoker award winner, brings to you this tale. This story is dark, not of the paranormal kind but that of the darkness of the heart and the evil that men do.
His story is a taut visceral story of one woman’s survival, her pain endured and being the soul left behind from the fallen ones. Nightmares are to haunt her salvation and she is in need of succor, need of embrace and love. There is a need for revenge, vengeance and retribution to take effect, against the brutality and evil that has past and to come.
The evil and the darkness is administered upon the unfortunate via a family, the Merrill clan, a Kin, all this pain takes place in Elkwood, Alabama.
They call themselves the last of the old clan in service of God Almighty’s work. They are one of the most brutal families to rise up in a story they have a religious objective a mission to cleanse the world of the corrupted ones and to top it all off those that have fallen their flesh is to be devoured.
There is to be some grace there are a few characters to rise in this story to exact vengeance and retribution, one still haunted by his service in the Iraq battlegrounds.

Upon reading this story my mind shoots back to equally brutal stories of survival and the macabre, Jack Ketchum springs to mind and his story The Woman, On The Gathering Storm by Jason McIntyre and Donald Ray Pollock with Devil all the time.
If you have read either of these and liked them this is just as a taut and visceral read, a well done story, highly recommend. His prose is smooth and disturbing. This is a multi layered story of human endeavour. He really grabs you’re attention and instills a promise of more darkness and wonderful storytelling to come.

“A farmer shoots the crows and sprays the bugs to protect his crop, don’t he? Momma had once told him. Shoots wild dogs and foxes and them sonofab****in’ coyotes to keep ’em from eatin’ his chickens’n killin’ his herd, don’t he? Well, that’s what we do. We’re a rare breed, all of us, and what’s outside there in the world would love nothin better to destroy us because of what we believe in, because of our closeness to the Almighty God
To kill us outta jealousy because they ain’t never gettin’ so close to Him. They’re the predators, Luke. They’re the skulkin’ dogs creeping’ up on us, trying’ to snatch you from my bosom, from God’s grace, like they did with your poor ……, filling’ her head with sick thoughts and vile dreams, corrupting’ her till she was so diseased she went crazy and had to be put to sleep. Don’t let them do that to you, boy. Let your Papa show you how to protect yourself, and your kin.”

“We’re the last of the old clans, boy. We stay together. We hunt and we kill Men of the World. We devour their flesh so they cannot devour us. We hold them off and resist their attempts to convert us to sinful ways. We protect each other in the name of God Almighty, and punish those who trespass, destroy those who would destroy us. We are the beloved, Luke, and once the light has been shown to those who are not of the faith, they must embrace it or be destroyed.”

Reviewed by Lou Pendergrast on 14 January 2012