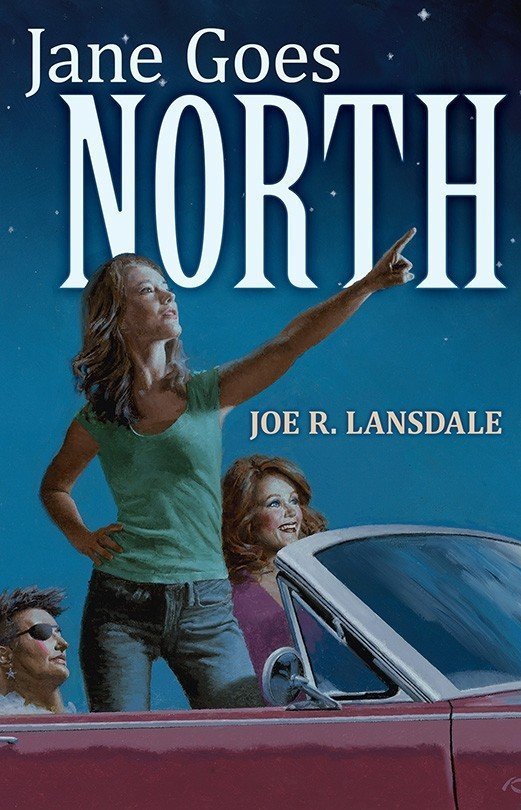 Jane has lost her job at the laundry due to a ketchup package she forgot to remove from an expensive item, and her prospects look dim. To top off matters, her younger sister, who lives up north, and who Jane has problems with, is getting married and has mailed her an invitation that Jane believes was sent due to her sister not expecting her to be able to come.

A long bout of sibling rivalry makes Jane all the more determined to go, even if her car has gone to hell. To make the journey, Jane forms an uncomfortable alliance with a grumpy, one-eyed, weight-lifting lady named Henry, who may or may not abandon her along the way, and has plans to see a doctor Henry claims can renew her sight. Add past memories of a sexual dalliance with a drunk preacher in the back lot of the church across from her house, an infamous naked run along a creek bank, failed marriages, including an ex-husband that has a bit of goat ardor, and with a shoe full of money, Jane and Henry hit the road. They meet up with modern slavers, panty snatchers, disabled thieves with a sense of grandeur, a country singer named Cheryl who is on the downhill slide, and a quest for the world’s greatest toaster that can toast four slices of bread all at once, or in sequence, and has a clock on it. It’s one incredible quest consisting of rides in cow trailers, a stolen car, and a convertible, a pirate outfit for children, and what will become a unique friendship.

Reviewed by Lou Pendergrast on 04 October 2019