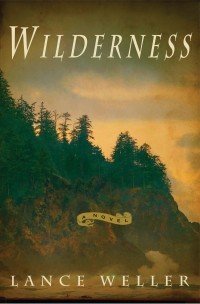 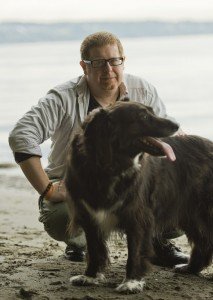 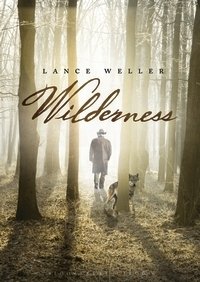 Lance Weller has published his debut novel Wilderness in 2012 and short fiction in several literary journals. He won Glimmer Train’s Short Story Award for New Writers and was nominated for a Pushcart Prize. A Washington native, he has hiked and camped extensively in the landscape he describes. He lives in Gig Harbor, WA, with his wife and several dogs.

Lou Pendergrast: Which authors have inspired you to take pen to paper?

Lance Weller: All the usual suspects like Faulkner, Hemingway, and Steinbeck—Cormac McCarthy, definitely—but I also got an awful lot from the genre writers I enjoyed in my youth (and STILL enjoy today, truth be told).  Writers like Lovecraft and Howard and Edgar Rice Burroughs—this is a list that could go on and on.  I also learned quite a lot about story and pacing from the great comic book writers of the 60s and 70s like Stan Lee, Roy Thomas and Jack Kirby; Jim Starlin and Steve Gerber would have to be in there somewhere, too.

Lou Pendergrast: When did the seed for Wilderness get planted?

Lance Weller: Years ago.  Wilderness began as a short story about an old man and his dog that quickly grew too long for its own good.  The story dovetailed nicely with a burgeoning interest in the American Civil War and I quickly realized I had a novel-in-the-making on my hands.

Lou Pendergrast: What parts of the story are from truth?

Lance Weller: Not a bit of it  beyond the historical details of the actual Battle of the Wilderness and some details and color local to the Pacific Northwest.  I did try very hard to stay as true to the historical record regarding various troop movements during the Civil War  but didn’t want the narrative bogged down too much with minutiae so there’s less of that than there could have been.  I also played around a bit with the time/space details of Abel’s long walk through the Northwest landscape, again in service of the narrative.

Lou Pendergrast: How long did this novel take to write and how many drafts?

Lance Weller: The writing itself went fairly quickly and took, maybe, two years for the first draft to bubble up.  After that, I spent a bit of time playing around trying to find the best order to present Abel’s dual stories and continued tweaking right up until I finally had to let go of it for typesetting.  I really don’t know how many separate drafts Wilderness went through but there were at least a dozen and some sections I worked even more than that.

The thing that took the most time was the research I did after I got that first draft done.  It was pretty apparent I needed more detail, needed to know more about what Abel might have gone through as a soldier of the Confederacy so, to that end, I spent a couple more years reading as much as I could and visiting the battlefields whenever possible.

Lou Pendergrast: When and where do you write?

Lance Weller: I always carry a little notebook with me in case an image or sentence or even a single word jumps up and demands my attention but the real stuff I do at my desk.  Generally, I work in the mornings and try to be there, in my chair, every day.  I sometimes wish I was the sort of person who could go to a coffeehouse or diner or something and work because it’d be probably be healthier from a staying-socialized-standpoint,  but I’ve tried that and just get too distracted (and over-caffeinated!) too easily.

Lou Pendergrast: What do you have in mind when you lay down your sentences?

Lance Weller: Honestly? I just try and keep up with my brain as it unspools stuff.  I always start by printing out and re-typing the last page or paragraph I did the day before and this usually puts me back in the right headspace.  Then it’s just a matter of seeing where I end up and what I have at the end of day; that and hoping I’ve produced something worthwhile for all the effort.

Lou Pendergrast: What advice would you give to writers who are trying write a novel?

In all seriousness, Wilderness would have been a far different thing if I hadn’t had a spouse that supported me unconditionally.  That being said, I always tried to have something in the mail to someone at all times—a short story, a proposal for the novel—so that I felt like I was a working writer working toward publishing.  That, and of course, imposing some sort of discipline on your schedule that will allow you the time to get the work done.

Lou Pendergrast: Which themes and characters do you hope to write with in the future?

Lance Weller: I really have no idea.  Right now, I’m working on another novel I’m calling  American Marchlands. It’s about two men who go off in the North American frontier in 1846, the dark things they find there, and how one is irrevocably changed and ruined by it, while the other’s essential nature is revealed and reinforced.  The book started with the idea that I wanted to write something about marriage and fidelity—so much for that.

Thematically, I’m less interested in the smaller, sweeter stories than I am in the darker things in a person’s history that reveal character and in those moments in which a life either suddenly veers wildly off-course or, just as suddenly, realigns and suddenly makes sense.   If I can incorporate some small,er, sweeter stuff in that framework, so much the better.

Lou Pendergrast: Lastly which books would you recommended as essential reading?

Light in August, by William Faulkner

The Grapes of Wrath, by John Steinbeck

In Cold Blood, by Truman Capote

Beyond the Black River, by Robert E. Howard

My Review of his debut novel Wilderness.

Reviewed by Lou Pendergrast on 19 October 2012