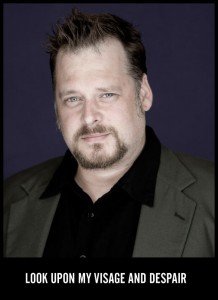 John Hornor Jacobs has worked in advertising for the last fifteen years, played in bands, and pursued art in various forms. He is also, in his copious spare time, a novelist, represented by Stacia Decker of the Donald Maass Literary Agency. His first novel, Southern Gods, was published by Night Shade Books and shortlisted for the Bram Stoker Award. His second novel, This Dark Earth was published in July, 2012, by Gallery/Pocket Books, an imprint of Simon & Schuster. His young adult series, The Incarcerado Trilogy comprised of The Twelve Fingered Boy, Incarcerado, and The End of All Things, will be published by Carolrhoda Labs, an imprint of Lerner Publishing. 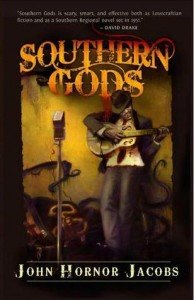 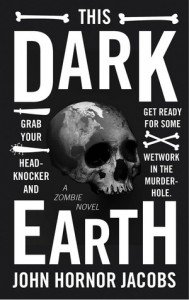 Lou Pendergrast: Welcome and congratulations on your new novel This Dark Earth released recently. When and how did the idea of this novel involving undead start?

John Hornor Jacobs: Thanks for having me, Lou. The seed to the idea was planted when I was a kid, I’m sure. I watched Night of the Living Dead at a very young age and it had a tremendous impact on me. Couple that with the fact that my father would inadvertently terrorize me with the threat of nuclear annihilation – bolstered with movies like The Day After – and you have the ingredients for a post-nuclear holocaust zombie novel.

Some of the specifics of the novel, like Bridge City , came from discussions with other zombie film and book aficionados and was my attempt at creating a “zombie-proof” habitat for humans.

LP: Your debut novel Southern Gods done well and was nominated for a Bram Stoker award tell me where did you get the inspiration for such a unique story?

JHJ: Southern Gods was and remains an amalgam of all the things I was interested at the time; Raymond Chandler protagonists, pirate radio, the history of rock-n-roll and the blues, gothic and Southern gothic literature, evil books from history, The King In Yellow, gods of the Roman legions, the stories of H.P. Lovecraft, the history of my home state, Arkansas. In Southern Gods, I wanted to tell a noir story that went to strange and sometimes brutal places. Once I had the premise – a WWII veteran is hired to find a pirate radio station broadcasting the music of Ramblin’ John Hastur whose music reputedly causes insanity and raises the dead – writing the rest of the book was pretty much just following the thread of story all the way down the rabbit hole.

LP: Which writer and books have inspired you?

JHJ: For a long time, when I was younger, I lived under the shadow of Mount Faulkner and strived to emulate his style. Many of his books – A Light in August, Absalom, Absalom!, Sanctuary – affected me greatly and I spent a large part of my early twenties writing a series of stories about the rougish and elemental men of Lonoke County who raised and fought pit-bulls for fighting. In my defense, this was in the early 90s and I preceded the current rural noir crazy by nearly twenty years. The stories, with one exception, are very painful to read. 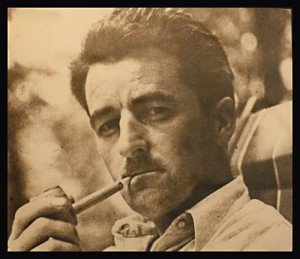 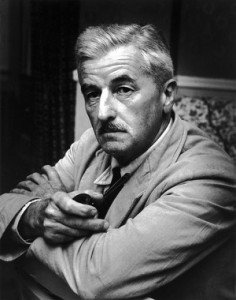 So, Faulkner influenced me as a writer, but coming down from those slopes and away from that rarefied air, other more accessible writers had great impact on me as well – most notably J.R.R. Tolkien and Stephen King. 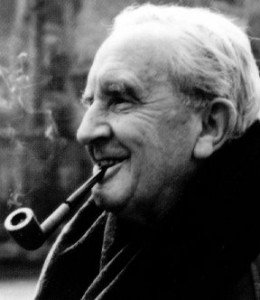 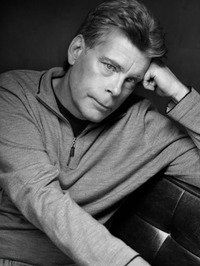 If I was to name my three favorite books of the last ten years, I would list Susanna Clarke’s Jonathan Strange & Mr. Norrell, Erik Larson’s The Devil in the White City, and China Mieville’s The Scar. I have a complicated relationship with Mieville, honestly. I couldn’t finish Perdido Street Station, yet The Scar – a book set in the same world – was wonderful. 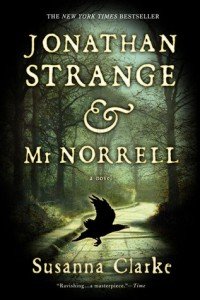 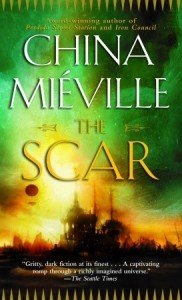 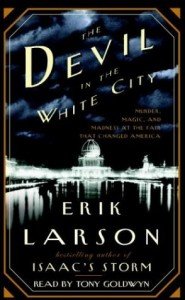 LP: What will you be writing about next?

JHJ: Currently, I’m writing Incarcerado, the second novel in my young adult trilogy coming from Lerner Books/Carolrhoda Labs. The series starts with The Twelve-Fingered Boy, a story of two terribly abused and neglected juvenile delinquents – one of whom has supernumerary polydactylism and possibly possesses supernatural abilities – on the run from the mysterious and deadly Mr. Quincrux.

LP: Do you plan to write another story involving the undead?

JHJ: I’m not ruling it out by any means. If This Dark Earth is popular (which it doesn’t look like right now), I have developed a concept for a follow up novel called Zero Mountain. But that won’t happen until after I’ve written the rest of the young adult series and there’s a demand for it. Though I would like to return to that world.

For readers who want a little more of that world, the story that started the whole book is in my Kindle collection, Fierce As The Grave. It’s a story about cowboys herding zombies for slaughter in a post-apocalyptic world and is titled “Heaven of Animals.” 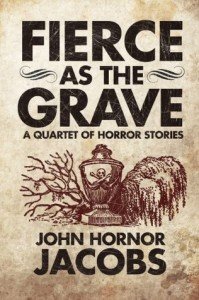 LP: If there was one story you had a choice to rewrite what would it be and why?

JHJ: I don’t think I want to rewrite much of anything. As a writer I’ve grown, I’ve developed my style and my ambitions have shifted and calcified, and, yes, there are things I wish I could change in some of my books, but for better or worse, they’re out there and there’s not much I can do about it now. Also, I’m creatively restless so going back to the same well twice doesn’t really appeal to me.

LP: Which are your most memorable characters from fiction?

JHJ: Literature is totally subjective, really, and every person takes something different from a work of art, be it a novel, a song, a painting. Certain aspects of one character won’t appeal to all readers. I’m always fascinated with what character my friends and readers focus on. In THIS DARK EARTH, my favorite character is Tessa, because she’s a study in contradictions, the maternal nurturing force contrasted by her pure carnal sexuality and desire for revenge. I’ve noticed a few female readers saying they love Knock-Out because he’s “man enough to be gentle.” Many people love Gus because he’s a child growing into manhood and that’s a very intimate relationship with readers, even at the breakneck speed in which I do it.

In Southern Gods, my favorite character is Rabbit and I truly regret killing him, though I didn’t show his death… hmmm. So maybe he truly isn’t dead. Yeah, that’s it. Rabbit lives!

LP: If you had a chance to star in a movie any one vintage or modern which character would you love to play in that movie?

JHJ: None. I hate the way I look in photos. Watching myself in a movie would be pure torture. I am not a handsome man.

LP: If you could write a story about a song which one would it be?

JHJ: Um, no idea. Though I’d love to go back into time and kill the asshole who wrote “John Jacob Jingle Heimer Schmidt.” That guy needs his ass kicked for all the damned times I’ve had that song sung to me.

LP: Are there any books that you recommend people must read?

JHJ: Jonathan Strange & Mr. Norrell, The Scar, Devil In the White City, Absalom, Absalom!, Sanctuary. All of those are a good start. Oh, and the best zombie novel I’ve ever read, one that is heartbreaking and exciting and full of wonder is Raising Stony Mayhall by Daryl Gregory. Now that dude can write. 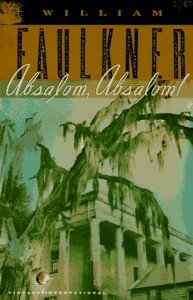 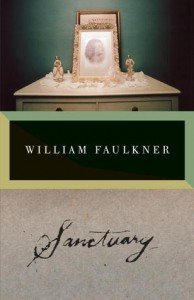 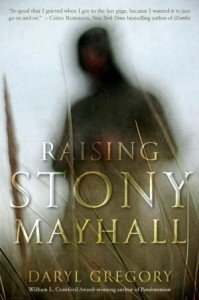 LP: Many thanks for this glimpse into your writing life! 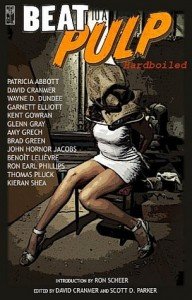 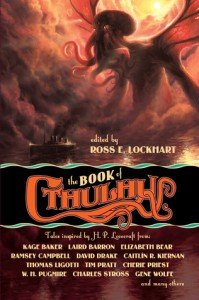 Check out the novel NOMINATED FOR THE BRAM STOKER AWARD FOR SUPERIOR ACHIEVEMENT IN A FIRST NOVEL: