Book Review: In The River by Jeremy Robert Johnson - More2Read

In The River by Jeremy Robert Johnson 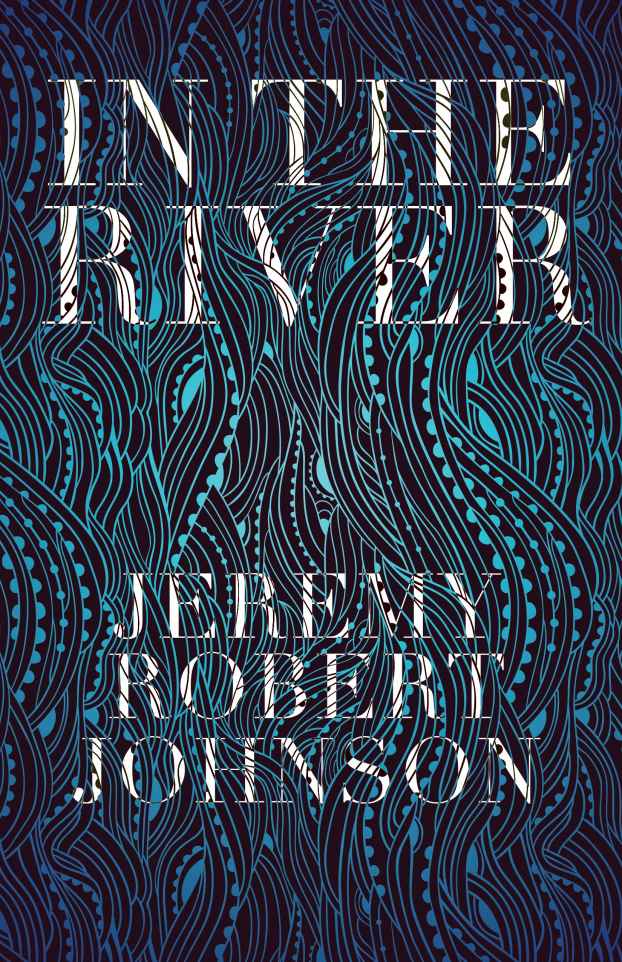 An intensely moving tale of survival and madness along the river’s edge. A father and son fishing lesson become a nightmarish voyage to the sea in this visionary testament to the lengths we will go for those we love.

Praise for In The River:

“In the River is a brilliant offering; the pain and strange beauty of it will wash over you and sweep you away.”
-Scream Magazine

“Gripping, horrifying, surreal…Think The Old Man and the Sea meets The Pearl meets Pet Sematary…But, dare I say it, In the River takes you to even darker places…”
-Verbicide

“This is superb fiction with a raw, throbbing, aching heart at its core that is far too big to be contained within the book’s pages but that is, by some bizarre magic, still there.”
-Vol. 1 Brooklyn

“From the opening pages I was swept away with Johnson’s prose and after only ten minutes of reading I felt emotionally shattered. Johnson is a fantastic writer and this is a beautifully told story.”
-The Grim Reader

“The Old Man and the Sea, but dipped in Johnson’s signature soup of strange. A book of cold sweats and delirium…Johnson has given us a tale that explores parental terror and grief, and ultimately leaves the heart shook.”
-The Inlander

“Johnson has been long establishing himself as one of the premier writers of the weird alongside such talents as Kelly Link and Stephen Graham Jones, and with In the River, he demonstrates a depth of storytelling that cements him not just as a rising voice, but one that has arrived. In the River is a fierce, distinctive gut-punch of a read with enough gritty darkness to bring even the most jaded reader of dark fiction to their knees.”
-Life in Metropolis

“The simple story of a father and son going fishing somehow morphs into a soul-shattering tale of anxiety, loss, and vengeance wrapped in a surreal narrative about the things that can keep a person between this world and the next. Johnson is a maestro of the weird and one of the best writers in bizarro, crime, and horror, but this one erases all of those genres and makes him simply one of the best.”
-PANK Magazine

“Johnson writes with an energy that propels you through some very dark spaces indeed and into something profoundly unsettling but nonetheless human.”
-Brian Evenson, author of A Collapse of Horses

“Reading Johnson, you feel you are in the grip of an immensely powerful, possibly malevolent, but fiercely intelligent mind.”
-Nick Cutter, author of The Troop

“One of the most exciting voices in contemporary fiction. Jeremy Robert Johnson’s work has always tested the limits of both genre and literary fiction.”
-Bookslut

“Jeremy Robert Johnson is dancing to a way different drummer. He loves language, he loves the edge, and he loves us people. This is entertainment…and literature.”
-Jack Ketchum, author of The Girl Next Door

“I’m a longtime fan of Johnson. A master of derangement, he’s been bringing it for years.”
—Laird Barron

“The guy’s a genius. Reminds me of William Gibson—the dark interest in altered states of consciousness, the unrelentingly furious forward movement, and the same kind of unlimited imagination.”
—Ben Loory

“Jeremy Robert Johnson performs stand-up comedy for the gods. As with Clive Barker, there is no glorious mutational eruption that Johnson can’t nail directly through your gawping mind’s eye.”
—John Skipp

Man and boy, father and son, river and land, diverging realms, succumbed to hells with fears subdued and dominions intruded and traversed.

A ceremony and journey upon paths, across land and sea through loss, encountering something mad with hunger, Cuja, Mactatu, tribes, cave, jungle, river, dark prayers left wishing world to be undone with interloper of death between father and son with a bond forever tied together.

Stylistically the prose reads like literary voices that write with horror like that of Denis Johnson and Cormac McCarthy.

A poignant ballard, at times sparse and lyrical, other times vivid and viscerally evoking the terrible beauty, the bonds and the loss within the reader, with the careful crafting of the author creating a little journey, a time steal into other thought spaces deciphering art, in one reading time sitting.

Reviewed by Lou Pendergrast on 18 April 2019