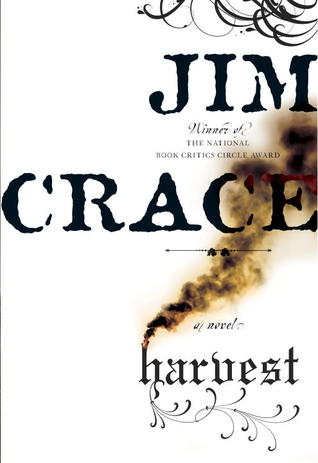 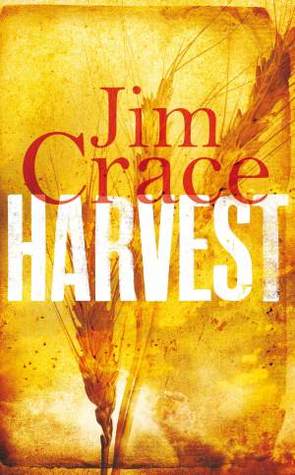 As late summer steals in and the final pearls of barley are gleaned, a village comes under threat. A trio of outsiders – two men and a dangerously magnetic woman – arrives on the woodland borders and puts up a make-shift camp. That same night, the local manor house is set on fire.

Over the course of seven days, Walter Thirsk sees his hamlet unmade: the harvest blackened by smoke and fear, the new arrivals cruelly punished, and his neighbours held captive on suspicion of witchcraft. But something even darker is at the heart of his story, and he will be the only man left to tell it…

Told in Jim Crace’s hypnotic prose, Harvest evokes the tragedy of land pillaged and communities scattered, as England’s fields are irrevocably enclosed. Timeless yet singular, mythical yet deeply personal, this beautiful novel of one man and his unnamed village speaks for a way of life lost for ever.

A story set in bygone days of a English village, the characters in this story go through hard times some involving that of arson and death.
The story is told with some great prose with metaphors and careful sentencing. I felt a great sense of place and time in this story which is slow paced and successfully kept me reading on. A memorable story to be consumed in a few readings.

“As I’ve said, we are not a hurtful people. We are, though, fearful, proud and dutiful. We do what must be done.”

“But, as I’ve said, these fields are far from anywhere, two days by post horse, three days by chariot, before you find a market square; we have no magistrate or constable; and Master Kent, our landowner, is just. And he is timid when it comes to laws and punishments.”

“..they took the castling lane beside the manor house and strode with devilry in their steps-the kind that can flourish only on a day when there’s no other work to do-toward the one remaining twist of smoke.”

“Secrets are like pregnancies hereabouts. You can hide them for a while but then they will start screaming.”

“I am holding my breath, not to he discovered. How silent it has become, beyond the pelting rain. I fear there’s no one living anywhere. The night is ponderous. No owl or fox is keen to interrupt the darkness. It seems that even the trees have stopped their stretching and their creaking, their making wishes in the wind, to hold their breaths and stare like me toward the pillory.”

“A mighty storm of reckoning was on its way, if there was any justice in the world. The air was cracking with the retribution and damnation’s that, in my hearts of hearts, I knew that some of us deserved. I prayed that this was just a dream and that soon the couldn’t-care-less clamor of the sunrise birds would rouse me to another day, a better day, a bloodless one, one in which, despite my hand, I’d do my common duty and drag up a log or stone to make that short man tall. I prayed that time would turn back on its heels and surprise us with a sudden billowing of breath beneath the baling cloth.”

Reviewed by Lou Pendergrast on 13 February 2013