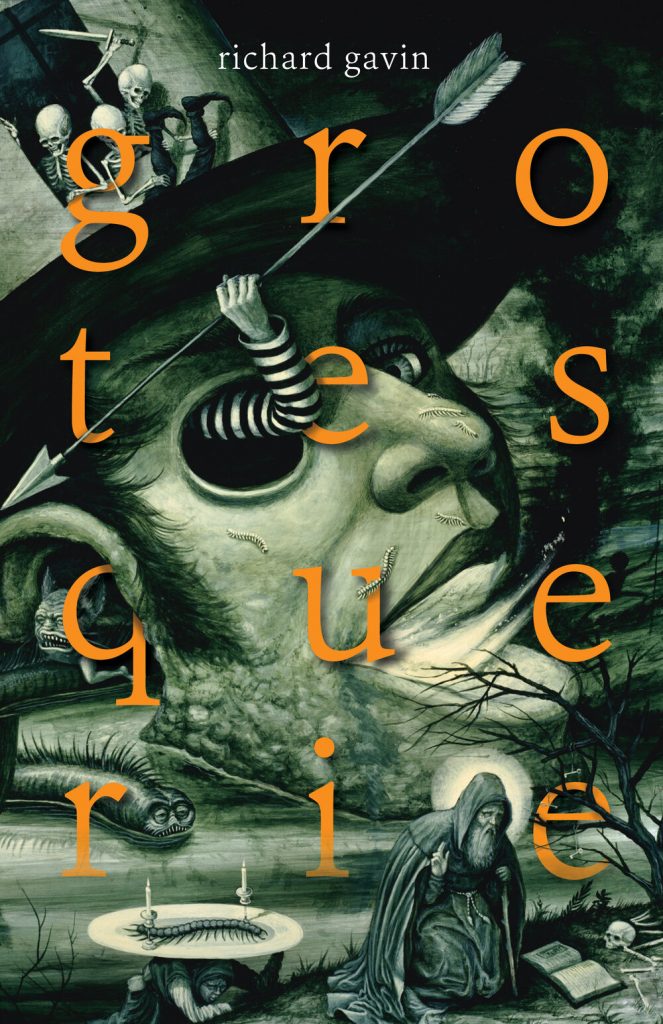 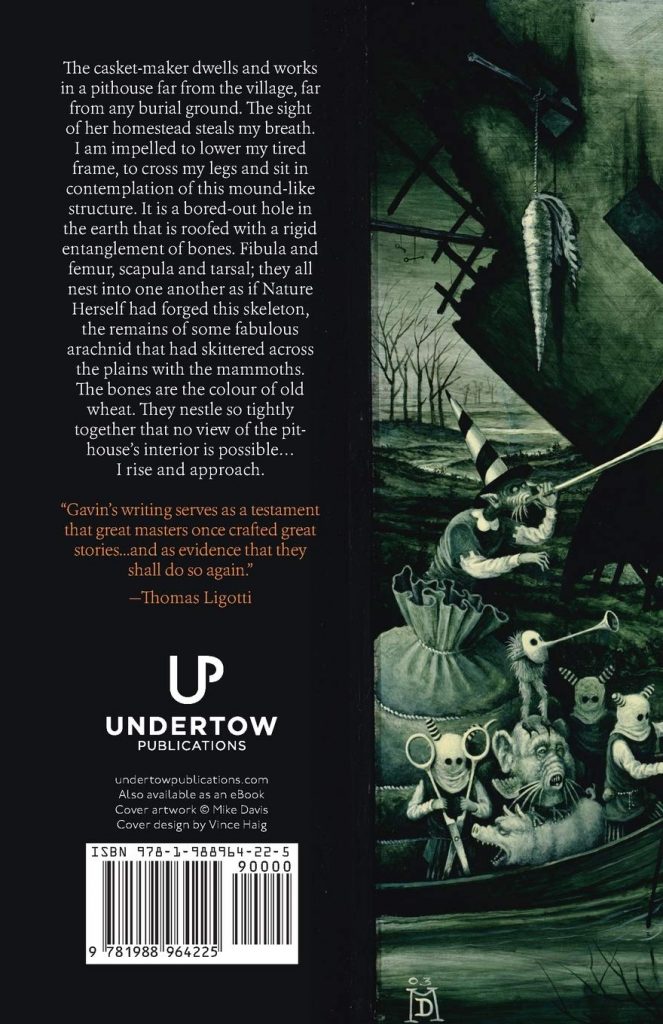 Welcome to Richard Gavin’s “grotesquerie,” where fear and the numinous converge in eerie and nightmarish tales of transcendent horror from a truly visionary writer.

“With the debut of Richard Gavin’s first collection, it seems clear that a renaissance of the horror story has secretly been taking place in the small presses. These are stories that bear witness to a Golden Age of the past and evidence a new resolve in the present. Gavin’s writing serves as a testament that great masters once crafted great stories…and as evidence that they shall do so again.”
— Thomas Ligotti

“Literate horror fans who have yet to encounter Canadian author Richard Gavin are in for a treat. The lyrical prose is often at a higher level than usual presentations of otherworldly demons and malevolent forces. Gavin has a knack for original plotlines. The author easily creates a feeling of cosmic dread.”
— Publishers Weekly

“Like Blackwood and Machen before him, Richard Gavin knows the inhuman yet seductive rapture of the deep woods; he has heard the ancient music on the hills. In his stories of ‘sylvan dread, ‘ his protagonists explore uncanny ravines and hillside clefts, take part in sacrilegious rites, encounter maenads and goatbrides and Lovecraftian horrors. Gavin’s prose is always quietly controlled, carefully crafted, but it inexorably leads his men and women into realms of terrifying otherness, where they are changed, changed utterly.”
— Michael Dirda, Pulitzer Prize-winning literary critic

“Richard Gavin’s tales are genuinely evocative of the strange and alien.”
— Ramsey Campbell

The seeking out of and allegiance to sources of truth or falsehood, divination, darkness, the uncanny and occult laced together with the right words to set the scene and mood.

The seeking out of, who he is, darkness and secrets of underworld, the revered one he worships, an allegiance to a professor nobody.
There will be talk of plague and plague masks with experimentations, have things gone too far?
Interesting take on pupil and teacher and relationship of devote and the extreme one can go, laced with selective right words bringing alive the macabre.

“…I cannot help but wonder if you might return to your more decimated pupils, the ones you left behind on this shadow-encrusted planet.”

“Do you see how assimilated your teachings have become with me? Your “little lectures on supernatural horror,” as you somewhat dismissively called them, made me feel as though I had been granted admittance to the buried sphere from which I’d been wrongly banished, condemned to being born into this world.”

“She calls this series Neithernor, because they are neither one thing nor the other. One sees two things at once, you might say.”

“Night fell and I tried to sort my thoughts into some semblance of a plan. I couldn’t even begin to judge whether or not my intentions were pure. Cousin Vera had become swallowed up in a life that I can only describe as leprous. If I could not free her, I could at least confirm that she was not in imminent danger. I believe people have the right to diminish themselves if they so desire.”

“It seems my life waxes then wanes. For a time my cup runneth over, then is drained, after which I strive and scramble to replenish that which has been lost.”

Short stay in a B & B, it is fall and Halloween, catatonic and strange encounters await.

Seeking out advice and monies involved years past between two women.
Could they adventure be a grave mistake?
Sortes sanctorum
Child of Babel
“Alchemy of sound and isolation,” and living nightmares await one woman.

Notes on the Aztec Death Whistle

The dark journey of one whistle in another’s hand, a dubious professor with another side to him.
Voice of dammed commence thus forth into world via a whistle.

Richard Gavin’s work explores the realm where fear and the sacred converge. His eerie, cryptic stories have garnered high critical praise, been chosen for several volumes of Best New Horror and Year’s Best Horror, and have been collected in five books, including Sylvan Dread: Tales of Pastoral Darkness and At Fear’s Altar. In 2015 Richard co-edited (with Patricia Cram and Daniel A. Schulke) Penumbrae: An Occult Fiction Anthology. He has also published numerous works of esotericism and meditations on the macabre, such as The Benighted Path: Primeval Gnosis and the Monstrous Soul and The Moribund Portal: Spectral Resonance and the Numen of the Gallows. Richard dwells in the North.

Reviewed by Lou Pendergrast on 05 October 2020