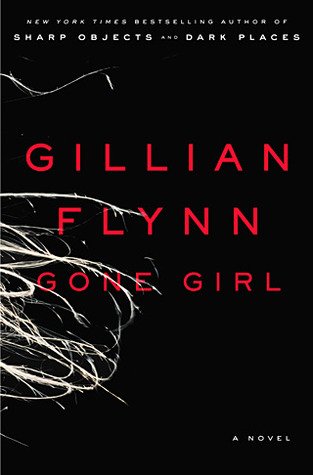 “‘What are you thinking, Amy? The question I’ve asked most often during our marriage, if not out loud, if not to the person who could answer. I suppose these questions stormcloud over every marriage: What are you thinking? How are you feeling? Who are you? What have we done to each other? What will we do?'”

Just how well can you ever know the person you love? This is the question that Nick Dunne must ask himself on the morning of his fifth wedding anniversary, when his wife Amy suddenly disappears. The police immediately suspect Nick. Amy’s friends reveal that she was afraid of him, that she kept secrets from him. He swears it isn’t true. A police examination of his computer shows strange searches. He says they aren’t his. And then there are the persistent calls on his mobile phone. So what did really did happen to Nick’s beautiful wife? And what was left in that half-wrapped box left so casually on their marital bed? In this novel, marriage truly is the art of war…

The days that came after Amy’s disappearance her cell phone was to be monitored, her photo circulated, her credit cards tracked. Known sex offenders in the area were to be interviewed.  Neighborhood canvassed and her home phone tapped for any forthcoming ransom demands. All this routine procedure when a person goes missing in this manner. The eyes of suspicion immediately fell on her husband. The search is on all they need now is her physical person and the guilty. In the search for truth lies, cheating and more lies are uncovered.

This story i would say has a lot more to do with marriage and love than anything else. When you remove the missing wife and murder. The story goes back to unconditional love and undisciplined love that some couples go through. The story is different from the kind of story her debut was, that was darker and more visceral, this one is more leaning to the psychological side. It reads like a story from James Cain with characters from one of Jim Thompsons novels, the novel as a whole not in the same league as these noir masters but a good attempt. I felt it needed some slight housework done here and there shortening up and tightening of the content. If the story was cut down slightly it would have delivered a better punch and a better read for me and be more effective for this type of story just like the stories of Jim Thompson and James M. Cain.
It is a dark story of human stain displaying how lies, pain and hurt can lead people to do crazy things. Marriage can be true and honest or in another spectrum a stage play were they both are players and actors living a lie a facade of pretense and hoping for one day for things to turn out right. If these two only looked deep into themselves they could have prevented the lies and problems that came to fruition a deadly end.

“Compromise, communicate and never go to be angry”
This is good advice that could prevent any spouses killing the other off.