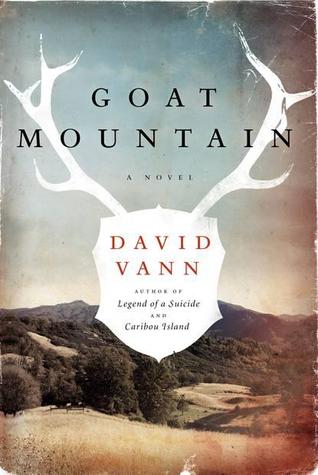 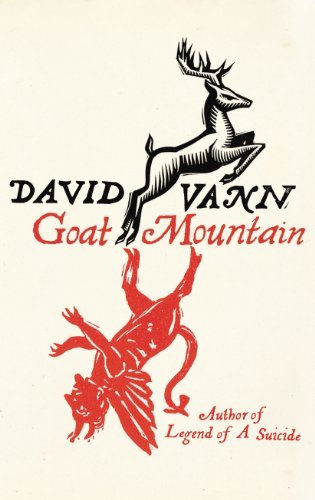 The author has constructed a wide beautiful splendid vista tainted by a stream of flowing hot red blood with great sentences with a visceral and fluid prose.
Generations of blood being spilled, he takes you through the cycle with some reflection back to Cain and Abel and digs in to try to find the why and self discovery through killing carried out by a one young man, our main protagonist and voice, makes him wonder on ones falls and worth.

This story ends a cycle of blood and paths of blood that the author has been living through in his characters of his stories and his own family strains.
You feel his voice, his battles with existence, humanity, and the bonds that tie of kin, crossing lines of no return through a road of danger and death.
This tale takes you through the emotions and reflections on the world of the main protagonist and his world gone Dante inferno and Blood Meridien in one, I feel the Cormac McCarthy strain of storytelling and that wonderful choice of writing in a unique and distinctive narrative.
A warning there is deep reflection on the main protagonists religious belief and scenes of hunting involved, so do not be surprised or disappointed when you come to its dealings.

David Vann has a prose and voice that the reader may know of, this novel comes to finalise in his dealings with death, loss, and sacrifice, this story marks a great point in his writings timeline.
One can not help but feel excited and expectantly wait upon his next novel, on what road he shall traverse and what characters he shall craft with great skill.

Looking for buck now. Curved antlers in the dead dry branches on a hillside of scrub, or a brown patch of hide standing under a sugar pine, or lying in the shade. Only so many shapes and colors as deer could be, and all the rest was background. Eyes trained to let background fall away, eyes trained to disappear the world and leave only a target. Eleven years old now, and I’d been shooting this rifle for two years, looking for bucks since before I could remember, but this hunt was the first time I’d be allowed to kill. Illegal still in age, but old enough finally by family law.

Facing uphill, I couldn’t see what was happening on the other side. If the tires went off the edge, I wouldn’t know until I felt the tilt, and by then it would be too late. I could try to jump, but I’d already be falling through air. Gravity the most terrifying thing in this world, the pull into the void.

I followed, and when I looked back, Tom was following behind me. A figure transformed in a single moment, in that one pull of a trigger. Slack shoulders, head down, rifle held loosely in one hand, a figure refusing to be who he was, where he was, a figure refusing time, also, still holding on to the belief that time could be turned back. Even at seven years old, I despised him, found him weak, but I was a kind of monster, a person not yet become a person, and so it was possible to think that way.

The flies crawling in short jerks, so that there was never duration, only charge. A shifting image, moment to moment and within each moment, but we could never see how or why. I’ve tried to remember what I saw that day, tried to remember many times, but memory insists on causation and meaning, on a story. Each thing that is leads to the next thing, and there’s a reason for that. What I want to recover, though, is that moment in which there was no good or bad but only gravity, and there was no causation but only each moment, separate and whole. Because that was the truth.

Why is it that we hunt? Isn’t it to return to something older? And isn’t Cain what waits for us in every older time?
When we woke late in the day, it was to prepare for the evening hunt. The air freshened, no longer heavy and dead. A promise at the end of everyday, a quickening. The shadows of the trees extending beyond measure, smooth dark strips all angled in unison. Each yellow blade of grass in the meadow aligned also, inscribed, etched into existence, and the tallest of the ferns along the creek casting primeval banded markings a mirror of water.
The breeze in the tops of the pines had increased, and this gave urgency to our movement. My father and grandfather and Tom gathered their rifles and shells, canteens and binoculars, dark jackets and hats. Voiceless shapes in that forest, each grim and content, awakened from the shadows.
We could have been any band of men, from any time. The hunt a way to reach back a thousand generations. Our first reason to band together, to kill.

We pushed our way into his oblivion and just kept going, the land falling down in a slow curve. The sun failing, winking along the farthest ridge and then gone, the sky still bright, the planet turning beneath us. Each of us alone now, separate on that hillside, hearing our own footsteps and blood against the rise of a breeze, the hot air from low in the valley making its way upward.

Read the Interview i had with the author in the past @ https://more2read.com/review/interview-with-david-vann/

Read a recent interview about this novel conducted by a Goodreads friend of mine Will @ http://www.goodreads.com/

Reviewed by Lou Pendergrast on 10 September 2013