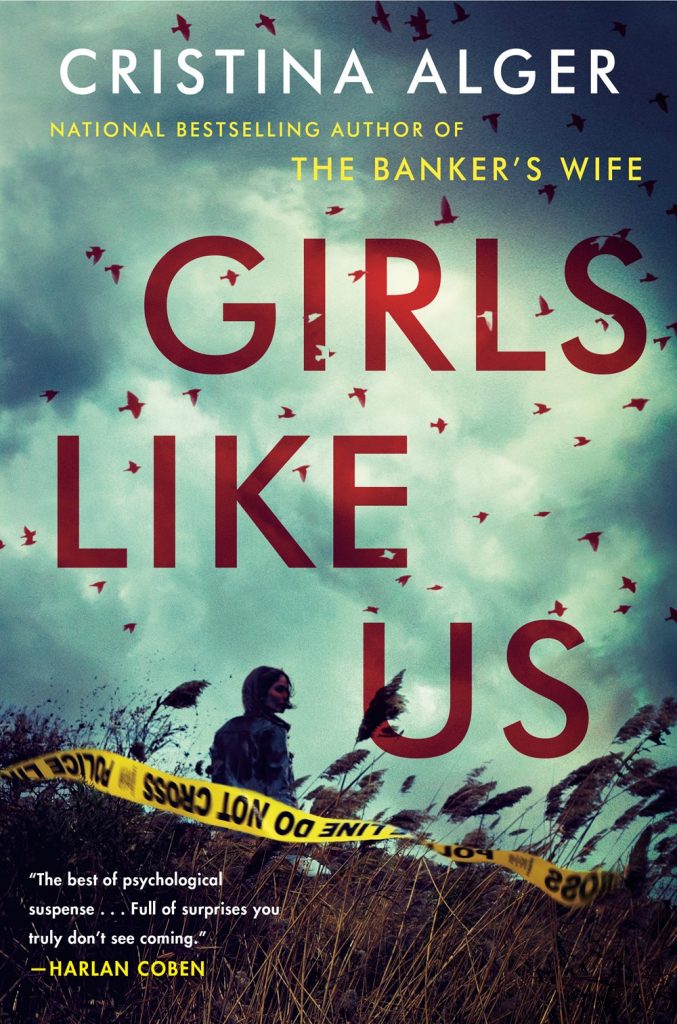 From the celebrated and bestselling author of The Banker’s Wife, worlds collide when an FBI agent investigates a string of grisly murders on Long Island that raises the impossible question: What happens when the primary suspect is your father?

FBI Agent Nell Flynn hasn’t been home in ten years. Nell and her father, Homicide Detective Martin Flynn, have never had much of a relationship. And Suffolk County will always be awash in memories of her mother, Marisol, who was brutally murdered when Nell was just seven.

When Martin Flynn dies in a motorcycle accident, Nell returns to the house she grew up in so that she can spread her father’s ashes and close his estate. At the behest of her father’s partner, Detective Lee Davis, Nell becomes involved in an investigation into the murders of two young women in Suffolk County. The further Nell digs, the more likely it seems to her that her father should be the prime suspect–and that his friends on the police force are covering his tracks. Plagued by doubts about her mother’s murder–and her own role in exonerating her father in that case–Nell can’t help but ask questions about who killed Ria Ruiz and Adriana Marques and why. But she may not like the answers she finds–not just about those she loves, but about herself.

“Girls Like Us is a smart thriller that will keep you guessing.”
—PopSugar

“[A] propulsive thriller…Alger expertly ratchets up the suspense all the way to the explosive finale. Readers will hope to see more of tough, smart Nell.”
—Publishers Weekly

“[Nell] has a vulnerable, empathetic core that will pull readers in, and Alger has a feel for small-town dynamics….The tension becomes nearly unbearable as Nell realizes she truly can’t trust anyone. Readers can expect a few genuine surprises, and the light Alger shines on society’s most vulnerable members is an important one. Melancholy and addictive.”
—Kirkus Reviews

“This thriller will keep you on the edge of your seat until the last page.”
—The Everygirl

“Girls Like Us is the best of psychological suspense: nuanced, expertly fast-paced, and full of surprises you truly don’t see coming. Cristina Alger is my kind of writer—as graceful on the page as she is gritty.”
—Harlan Coben

“Riveting…I’m a fan of Cristina Alger, who now proves that she can write about anything, anywhere.”
—Lisa Scottoline

“Cristina Alger, who is known for creating pulse-pounding plots and gutsy female protagonists, has done it again. Gritty, twisty, and unputdownable, GIRLS LIKE US is sure to be the thriller to read this season.”
—Greer Hendricks and Sarah Pekkanen, authors of The Wife Between Us and An Anonymous Girl

“A smashing read. Instantly gripping and compulsively readable, with a heroine as vulnerable as she is tenacious.”
—Riley Sager, author of The Last Time I Lied

“Girls Like Us is something special: A beautiful, deeply textured novel and a poignant, surprising mystery. I loved it, every chapter and every word. I’m going to be thinking about it as a reader, a father, and a storyteller for a long, long time.”
—Chris Bohjalian, author of The Flight Attendant