Book Review: Frozen in Time: An Epic Story of Survival and a Modern Quest for Lost Heroes of World War II by Mitchell Zuckoff - More2Read

Frozen in Time: An Epic Story of Survival and a Modern Quest for Lost Heroes of World War II by Mitchell Zuckoff 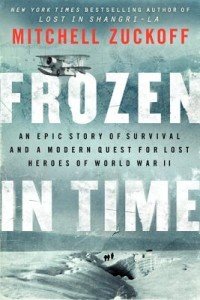 Two harrowing crashes . . . A vanished rescue plane . . . A desperate fight for life in a frozen, hostile land . . . The quest to solve a seventy-year-old mystery

The author of the smash New York Times bestseller Lost in Shangri-La delivers a gripping true story of endurance, bravery, ingenuity, and honor set in the vast Arctic wilderness of World War II and today.

On November 5, 1942, a U.S. cargo plane on a routine flight slammed into the Greenland ice cap. Four days later, a B-17 on the search-and-rescue mission became lost in a blinding storm and also crashed. Miraculously, all nine men on the B-17 survived. The U.S. military launched a second daring rescue operation, but the Grumman Duck amphibious plane sent to find the men flew into a severe storm and vanished.

In this thrilling adventure, Mitchell Zuckoff offers a spellbinding account of these harrowing disasters and the fate of the survivors and their would-be saviors. Frozen in Time places us at the center of a group of valiant airmen fighting to stay alive through 148 days of a brutal Arctic winter by sheltering from subzero temperatures and vicious blizzards in the tail section of the broken B-17 until an expedition headed by famed Arctic explorer Bernt Balchen attempts to bring them to safety.

But that is only part of the story that unfolds in Frozen in Time. In present-day Greenland, Zuckoff joins the U.S. Coast Guard and North South Polar–a company led by the indefatigable dreamer Lou Sapienza, who worked for years to solve the mystery of the Duck’s last flight–on a dangerous expedition to recover the remains of the lost plane’s crew.

Drawing on intensive research and Zuckoff ‘s firsthand account of the dramatic 2012 expedition, Frozen in Time is a breathtaking blend of mystery, adventure, heroism, and survival. It is also a poignant reminder of the sacrifices of our military personnel and their families–and a tribute to the important, perilous, and often-overlooked work of the U.S. Coast Guard.

“In this true-life nail-biter — as nimbly paced as a novel — Zuckoff toggles between the events of 1942-43 and 2012, when he documented a quest to locate the Duck’s wreckage.” Grade: A.
— ENTERTAINMENT WEEKLY

“Frozen in Time is rigorously researched, beautifully told, and absolutely compelling from start to finish, a true adventure story that takes us deeply into the heart of what it means to serve a cause higher than oneself. This is essential reading for anyone who needs a reminder of the potential for heroic goodness in each of us. Mitch Zuckoff has done it again!”
— Andre Dubus III, author of Townie and House of Sand and Fog

“Once again, Mitchell Zuckoff has uncovered a thrilling historical tale and told it masterfully. Seamlessly interweaving the past and the present, Frozen in Time is one of those epic adventure stories that will hold you in its grip from beginning to end.”
— David Grann, author of The Lost City of Z

“Mitchell Zuckoff has done it again–he’s found another amazing World War II story that everyone else somehow missed. Much like his acclaimed Lost in Shangri-La, this is a story about brave aviators fighting for their lives. Only this time Zuckoff isn’t just chronicling the adventure–he’s part of it. Frozen In Time is a beautifully written war yarn, but at its heart, it’s a non-fiction mystery–a tale of heroes united in a desire to solve a riddle buried in the Arctic ice.” —Hampton Sides, author of Ghost Soldiers and Hellhound on His Trail.

“You would think that all the World War II stories have been told by now. But Mitchell Zuckoff has a remarkable knack for finding new ones, and he has done it again, with a gripping, moving tale, suspensefully told–whose final act takes place today.”

Zuckoff writes “with clarity, suspense, and an allegiance to fact that shows us narrative nonfiction at its best.”
— Winship/PEN New England Award citation for Lost in Shangri-La.

“Zuckoff’s gripping narrative unfolds with immediacy and verve as men in fetid snow caves and sputtering aircraft pit their dogged camaraderie and desperate, white-knuckle improvisations against the fury of an Arctic winter.”
— PUBLISHER’S WEEKLY (STARRED REVIEW)

“This tale of true heroism, human ingenuity, and sacrifice by ordinary people in the face of a bitter enemy is for anyone interested not only in World War II aviation or modern scientific techniques for locating missing aircraft, but in popular histories of real adventure.”
— Library Journal (STARRED REVIEW)

The Planes went down, not in the sea, or the woods, and not somewhere that could easily be located by a rescue team or on a land that they could arrive safely on.
The bleakest of environments the remotest of places, Greenland.
Not just one crash, but many, lives lost in the rescue effort.
Greenland will host men that represent bravery, determination and great willpower for survival, all in cause for the greater good of their fellow men, while a war raged with men an even greater war took hold, with a lethal and power force that does not discriminate, nature.
The rescue of the men in Greenland became a great challenge and proved to be a disastrous and terrible beauty, unforgiving to its denizens with the accumulating snow and snow storms, its unstable shifting icy surface and no exact crash position, time held the most paramount importance, every second counted and was a second closer to a grim end, in freezing conditions people would loose something if not their minds or starvation then possibly limbs.

What happened to the Grumman Duck amphibious plane and the three men it carried?

At the end of this book the author writes,

“This book tells two true stories, one from the past and one from the present.
The historic story revolves around three American military planes that crashed in Greenland during World War II,” and

“I played a role in the Duck Hunt, and I appear in the book, but it isn’t about me. It’s about ordinary people thrust by fate or duty into extraordinary circumstances, one group in 1942 and another group seventy years later. Separated by time but connected by character, their bravery, endurance, and sacrifices reveal the power of humanity in inhumane conditions. I hope I’ve done them justice.”
Well you have Mitchell Zuckoff done a great justice in this wonderful story of truth, you have done research that truly goes beyond the norm for writing non-fiction and will be like ancient carving on a tree, for many a reader etched in the mind.
A story, a rescue that would prove to present “a miracle on ice.”

“A more immediate worry was the cold. They had no heat, no light, no stove. They had no
sleeping bags, no heavy clothing, no Arctic survival gear. A few seconds outside would coat a man’s face with frost. In minutes, blood would rush from his extremities to his core. Exposed skin would die. In the sky, the men on a B-17 were warriors. On the ground, they were frozen sardines in a busted-open can.”

“The war would wait, but freezing American airmen wouldn’t.”

“In a world where size generally matters, Greenland’s doesn’t. The island is globally overlooked despite being enormous: more than sixteen hundred miles from north to south, and eight hundred miles at its widest point. Greenland could swallow Texas and California
and still have room for a dessert of New Mexico, Arizona, Florida, Pennsylvania, and all of New England. It’s three times the size of France, and it occupies more than twice the area of the planet’s second-largest island, New Guinea.
Yet Greenland is the world’s loneliest place. With fifty-eight thousand residents, it has the lowest population density of any country or dependent territory. Only Antarctica, with no permanent residents, makes Greenland seem crowded. If Manhattan had the same population density as Greenland, its population would be two.”

“To fight cabin fever, they played word games. They named all the countries, rivers, capitals, islands, and every other geographical feature they could think of. They told and retold their life stories and talked about whatever came to mind. Still they ran out of things to say, so they spent long periods in silence. The isolation, the wind, the moving glacier beneath their feet, and the relentless cold preyed on their nerves. They seemed to take turns breaking down, wishing their ordeal were over, one way or another. Each time, the other two would comfort the crying man. When the cycle unraveled, all three sank into despair at the same time. They hatched a suicide pact.” 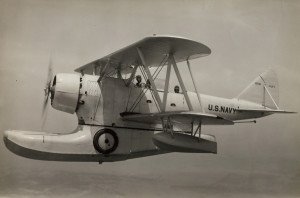 Reviewed by Lou Pendergrast on 26 April 2013