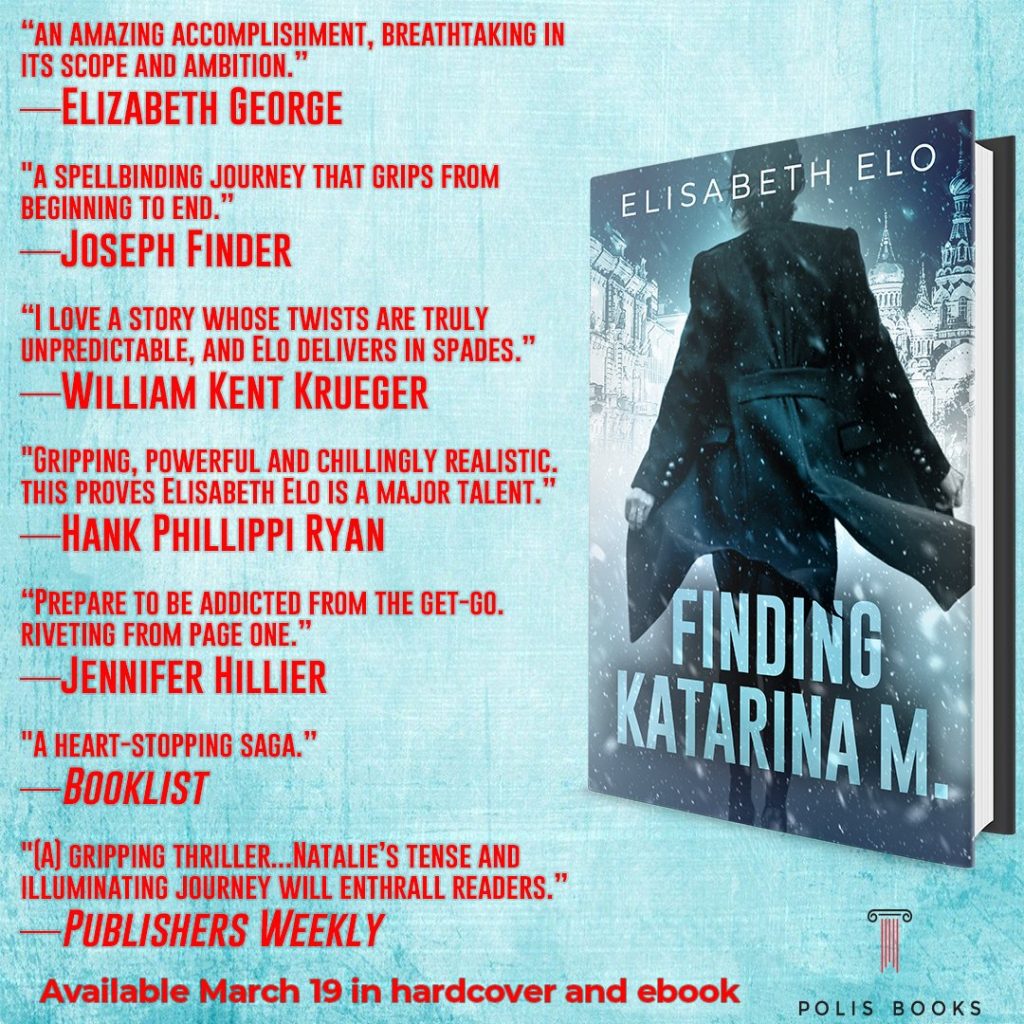 From the author of the acclaimed NORTH OF BOSTON comes a riveting new thriller about an American doctor who travels to Russia to meet her estranged grandmother, only to uncover dark family secrets and a dangerous international plot.

Natalie March is a successful doctor enjoying a busy life in Washington DC. She always thought that her maternal grandparents perished in the gulag, Stalin’s notorious network of labor camps. But when a young Russian dancer comes to her office claiming to be her cousin, Natalie must face a surprising truth: her grandmother, Katarina Melnikova, is still very much alive. Natalie eagerly travels to Siberia to meet her, only to be drawn into a web of mystery, intrigue, and danger that will push her to the limits of her endurance.

How far will Natalie go to find Katarina M.? How much will she risk to protect her Russian family and her own country from a deadly threat? FINDING KATARINA M. takes the reader on an extraordinary journey across Siberia—to reindeer herding camps, Sakha villages, and parties with endless vodka toasts—while it explores what it means to be loyal to your family, your country, and yourself.

“Finding Katarina M. is an amazing accomplishment for a writer who’s already shown that she has serious chops. Elo takes the reader on a trip to present-day Russia that’s breathtaking in its scope and ambition. That she pulls everything off with an undeniable air of authenticity makes the entire novel a real tour de force. The story is tightly woven, the characters are complex and believable, and the setting is nothing short of a miracle in print. I highly recommend it.”
–Elizabeth George, #1 New York Times bestselling author of THE PUNISHMENT SHE DESERVES

“Finding Katarina M. is a gem–a thriller that explores deeper questions of family ties and the long reach of history. Elo takes us on a spellbinding journey through modern Siberia, a land most Americans will never see, in a story that grips from beginning to end.”
–Joseph Finder, New York Times bestselling author of JUDGMENT

“Gripping, powerful and chillingly realistic, this gorgeously written thriller spins the relentless and passionate saga of a high-stakes search for family–a search that lures the determined Natalie March to the frightening ends of the earth. With its perfectly realized setting, emotional depth and bitter political realities, this proves Elisabeth Elo is a major talent.”
–Hank Phillippi Ryan, Nationally bestselling author of TRUST ME

“Elisabeth Elo’s fine new novel begins compellingly as a thriller but moves seamlessly into an intriguing journey of survival and self-discovery. I love a story whose twists are truly unpredictable, and Elo delivers in spades.”
–William Kent Kreuger, New York Times bestselling author of DESOLATION MOUNTAIN

“I picked up Finding Katarina M. just before bed, with the intention of peeking at the first few pages and calling it a night. That was a mistake. The mystery of Natalie March’s family sucked me right in. Elo writes her characters with a perceptiveness and depth that takes this well-plotted mystery to another level. Prepare to be addicted from the get-go — this one is riveting from page one.”
–Jennifer Hillier, author of JAR OF HEARTS

Saldana Tarasova appears in one Dr. Natalie March’s Washington, D.C. office, a Russian national, a cousin with a shared grandmother, Katarina Melnikova.
This grandmother was sent to the infamous Gulag prison with her husband in 1949 and was known to her as dead, but new discovery of her living and surviving sets Natalie on homeward bound to her mother’s native land for answers.
Initially she was in search of answering, “Why on earth had Katarina Melnikova chosen to remain unknown?”
She finds herself on plane to Russia to put pieces of a puzzle together and connect with her family and seek out Katarina M.
Natalie will become Natalya back in homeland and she will rekindle with kin and discover inner abilities of great courage, forbearance, and strength whilst pitted against many dangers and terrible histories.
Natalya does not disappointed, she is a solid, tough, intelligent, female lead character nicely crafted by the author.

Dr. Natalie March. She’s a straight arrow, remarkably independent woman, unmarried, no children, no lover, no church, not even a book club, excellent health, eats well, jogs every morning, lifts weights three times a week, no criminal record, no history of drug use, no extremist political activity or questionable companions, colleagues think highly of her, most everyone thinks highly of her, hardworking, honest, ethical, and dedicated to her profession.
She is almost as clean as they come.
Until things gets dirty and come undone, disappearance, murder, espionage, agents, CIA, FSB, skulls, a web of deceit with conspiratorial manoeuvrings with collateral damage.

It is all tightly packed with smooth writing in a solid thriller bringing alive on the page and evoking all the necessary details converging into an intriguing and atmospheric tale with a likeable and believable potent female lead character. 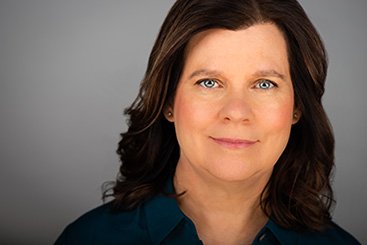 Elisabeth Elo grew up in Boston, attended Brown University, and earned a PhD in American Literature at Brandeis University.  She has published scholarly articles on subjects as diverse as Walt Whitman and Cinderella, and her essays and Pushcart-nominated short stories have appeared in a variety of publications.  Elisabeth worked as a magazine editor, a high-tech product manager, and a halfway house counselor before beginning to write fiction.

Reviewed by Lou Pendergrast on 17 March 2019