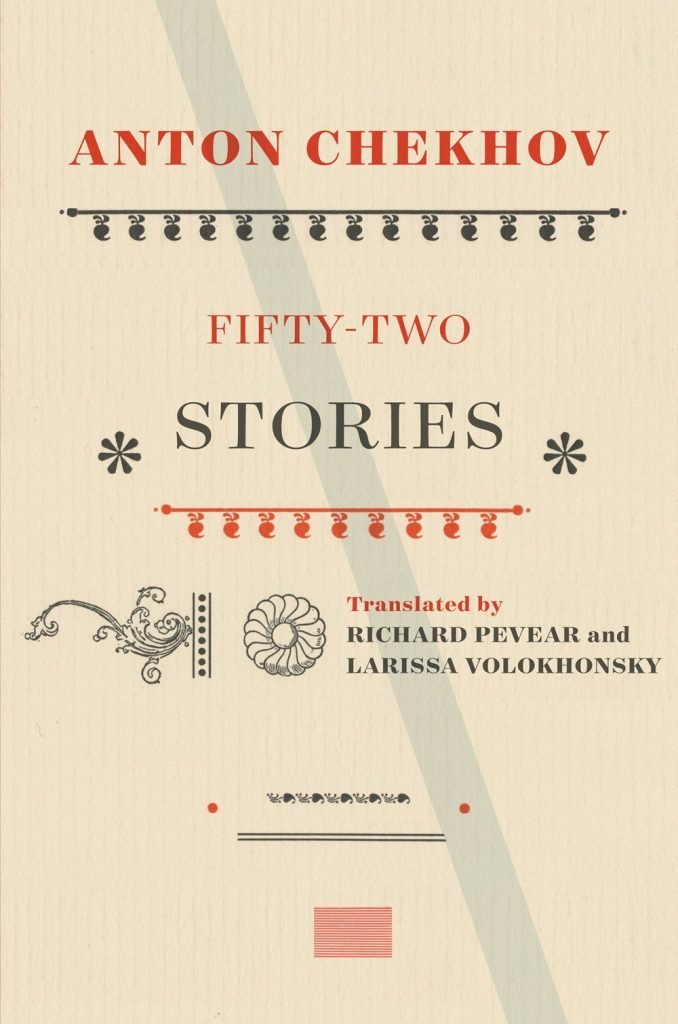 From the celebrated, award-winning translators of Anna Karenina and War and Peace: a lavish, masterfully rendered volume of stories by one of the most influential short fiction writers of all time.

Chekhov’s genius left an indelible impact on every literary form in which he wrote, but none more so than short fiction. Now, renowned translators and longtime house authors Richard Pevear and Larissa Volokhonsky give us their peerless renderings of fifty-two Chekhov stories—a full deck! These stories, which span the full arc of his career, reveal the extraordinary variety and unexpectedness of his work, from the farcically comic to the darkly complex, showing that there is no one type of “Chekhov story.” They are populated by a remarkable range of characters who come from all parts of Russia, all walks of life, and who, taken together, have democratized the short story. Included here are a number of never-before-translated stories, including “Reading” and “An Educated Blockhead.” Here is a collection that promises profound delight.

“A first-rate collection…. Pevear and Volokhonsky select stories—happily, one for each week of the year—that express that devotion to realism, even if sometimes broadly satirically…. Encounters between young and old, rich and poor, country and city people mark these stories…. It’s a marvel of imagination. A welcome gathering of work, some not often anthologized, by an unrivaled master of the short story form.”
—Kirkus Reviews (starred review)

Together, RICHARD PEVEAR and LARISSA VOLOKHONSKY have translated works by Chekhov, Dostoevsky, Tolstoy, Gogol, Bulgakov, Leskov, and Pasternak. They were twice awarded the PEN/Book-of-the-Month Club Translation Prize (for Dostoevsky’s The Brothers Karamazov and Tolstoy’s Anna Karenina). They are married and live in France.