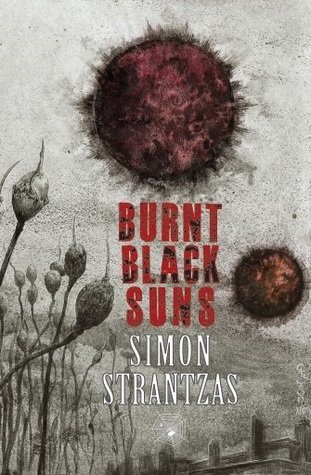 “The puppet maker had forgotten far more about the art of creation than most had ever known, the slow leak of memories over the course of years. Some days, he no longer recognized himself in the mirror.
No one came for the puppet maker. No one cared for him. The only children he had ever bore hung on the wall of his basement, those ugly vessels for his love, with their large round heads and wrongly numbered wooden arms. He had sacrificed it all for them, sacrificed so he might bring wonderment to a public whose eyes grew increasingly duller the longer he performed for them, and at the end when no one seemed to notice or care about the art of bringing life to the lifeless, those bedeviled creations on his workshop wall did nothing but stare back at him unblinkingly, waiting for him to pass on. Unnoticed and alone.”

One feels for him, a great affinity, two souls joined, I have seen the same misery at times during pandemic in the mirror.

Got one yesterday on my way!

There to be a summons to the great puppet maker Mr L, out of his hibernation he goes forth to the mysterious Dr. Toth, in his old age and demise maybe a lifeline extended, a calling answered, a metamorphosis ensuing, a trepidation mounting.
He becomes driven by a sourced hallucinogenea from nightmares.

Real and surreal collide hooking the reader forward into nightmarish realms with a crafted poise of words and the author’s wondrous imagination.

“The puppet maker’s hands were wizened. He stared at them, at the gnarled knuckles like cherry galls on goldenrod, at the wrinkled leather skin stretched and folded in on itself so many times it sagged. Those hands were filled with pain and loss and regret that radiated outward like an unbearable heat. His hands were all he had left. His hands, and his memories. But those memories faded from his mind, slipped into the dark of the misty quiet town like the sound of an automobile in the distance. He swallowed another handful of pills and hoped that this day might finally be his last.”

“And yet, its lifelessness was its beauty, its emptiness its perfection.”

Beyond the Banks of the River Seine

The sense of atmosphere of a Paris of old with two unique composers in the narrative succumbed by something, his craft and calling to another, rivalry, obsession and ones descent into something masterful, with Carcoas and the King in Yellow behind the curtain, its promises to be something transformative for the artist and the audience, a performance that yet graced their eyes, strange conjuring and changing afoot, reader and artist consumed, reeling you forward with an alluring tale. 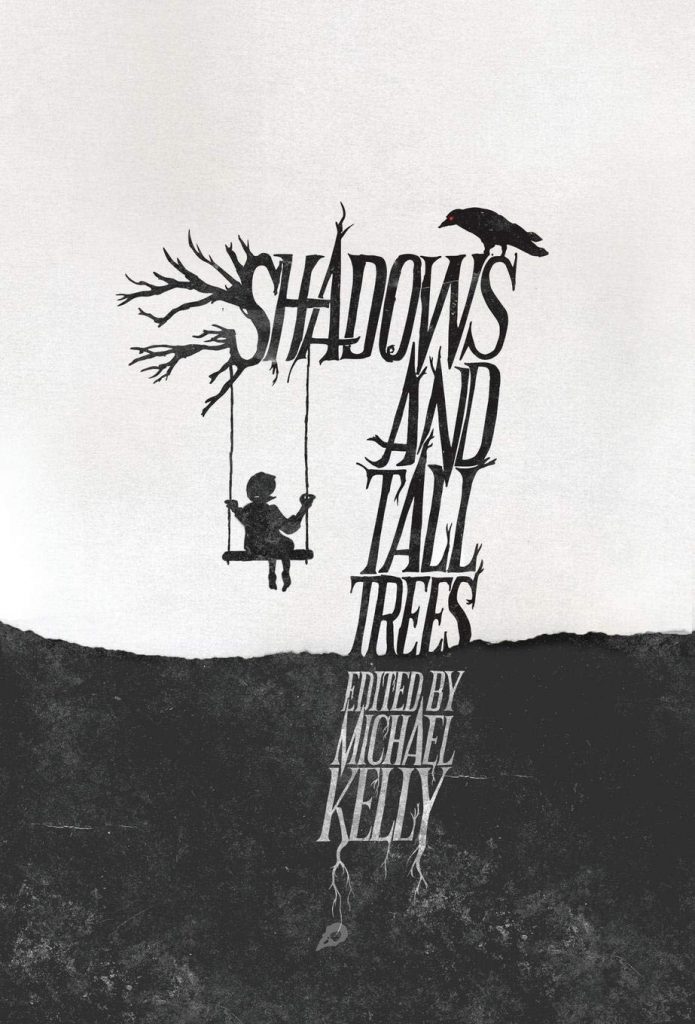 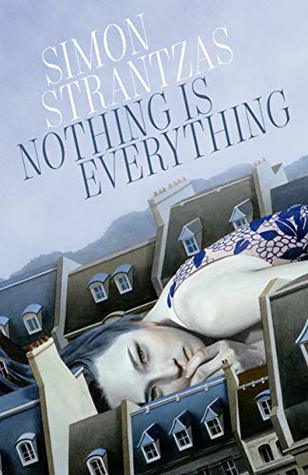 In the Tall Grass

His Collection Nothing is Everything
Amazon U.S.A & U.K

Woman out with sweat and toil on the field befriending another.
Evoking scene and feeling with earth and soul, loss and loneliness.
There be greatness of friendship and love in smaller dimensions of our realm in the hardest times.
An originally told hypnotically warm terrible beauty of a poetic read.

“Baum emerges from the grass while Heike works on her truck, shirtsleeves folded to above her elbows. She hears the snap of a thousand twigs and turns her grease-smeared face to find Baum crying, crooked arms spread wide. The smell of new green wafts from him while light diffuses through his foliage, dappling shadows over her face.”

“The jagged cityscape rises from the horizon as the forest had, but with concrete taller than trees and lights brighter than fireflies. It looks grand and endless, but Baum finds little excitement in seeing such a vast monstrosity.”

“Death robs so much from everyone, stopping only when there is nothing left worth taking.”

A hotel inspection and experience with an encounter of the familiar and unfamiliar for Seymour one to be taken into the periphery of his senses with all weird and unusual of this unique hotel. Original storytelling with a protagonist in a prism and cycle of deciphering things.
Interesting story from an author i will be reading more works of in the future.

“Nothing about the Hotel Russo appealed to him. It felt impermanent; transient. There had been a gas station on this street corner a few days earlier. What happened to it, and how did the Russo get built so quickly? Seymour did not remember seeing permits or builders, and yet here it was, erected so swiftly it was a blur. Something about the place made his whole body tense. Some sense of familiarity he couldn’t put into words.” 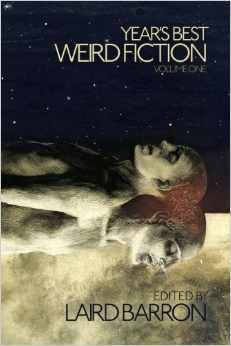 There be dread and stairs, in this haunting visceral tale that leaves plenty to meander in the readers suddenly stirred soul.

A pair that flip houses, buy renovate and resell, one hope their heart doesn’t flip a beat or two.

No renovating for a time maybe, a temporary suspension, I rather be house sitting.

Check out the author story notes of this tale at this page –> thestrantzas.com

“Flipping houses was the perfect solution for her and Alex’s future. Mallory had been saving every penny she’d made for years, and Alex had spent a lifetime at his carpenter father’s side, installing everything from shelves to roofs. They had no children, jobs without set hours, and were still young enough that they could do without much sleep. They both knew it wouldn’t last forever, but only Alex was keen to buy right away.

“It’s simple: we stop throwing money away on renting an apartment and buy a rundown house; we then live in the house while fixing it up; when it’s fixed, we sell the house for a tidy profit.”

“Have you noticed the stairs?” she didn’t know what to make of the question.

“I mean, there isn’t the right number of them. They’re uneven.”

“She It made no sense. None at all. Something was wrong with the reality of the house, some bend in what she had until then believed was solid, and if something as simple as the number of stairs was wrong, then who knew what else could be?”

“Mallory felt dread race down her spine. The narrow hallway, the wooden staircase, they began to take on a different aspect, shifting into a sort of hyper-reality. Like a nightmare. Each edge became crisper, every colour stronger—almost too crisp, almost too strong—and Mallory felt the oppressing weight of her terror mounting.” 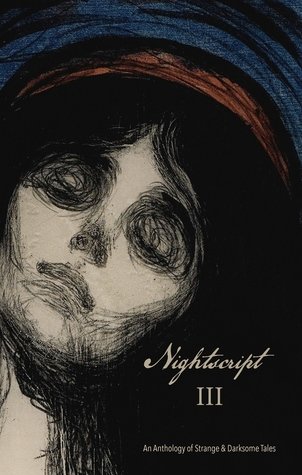 His Collection Nothing is Everything
Amazon U.S.A & U.K

Lovely Candice in her workplace, at the office, in the city, her heart at battle with things, complexities and anxieties within working with colleagues and people, she is low on self-confidence and needing some love and may just get some aid via the botanical garden on the roof floor of the skyscraper.

Through a small box, an elevator, she explores new terrain and they stir her in good and bad ways.

A intriguing visceral psychological tale with the real transcending with a surreal weird tale mutation.

Check out the author story notes of this tale at this page –> thestrantzas.com 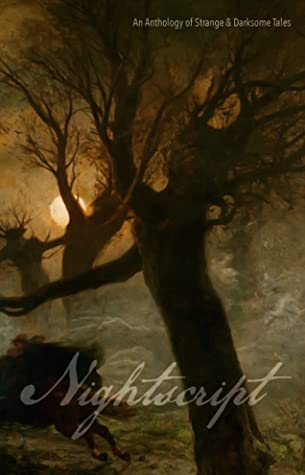 Jason’s in the Garden

It is great Jason has friend like our narrator, one to be concerned of his well-being with hard days at school, and his doubts in him, we all needed those friends, especially at school when peers didn’t believe our stories told, however strange and unreal, or did we? Was those stories true?
A little investigation in this narrative ending in Jason’s Garden with one truth or another.
Psychological play with the narrative in this concise little tale.

“Maybe the problem was Jason lacked the finesse of a good liar, that momentary conviction that every word out of his mouth was true. Instead, his eyes shifted and his pitch rose, and it was instantly clear that he could not be trusted. I often marveled at how terrible he must have been to be so desperate for attention. But I learned young that everyone was terrible in one way or another. It was just that most hid it better.”

“We didn’t believe him, of course. Why would you believe something like that? It was the kind of crazy story Jason would tell, something so outlandish you’d have to pay attention to him, and he got his wish; that’s what we were doing. But we’d known Jason long enough by then not to fall for it for long.” 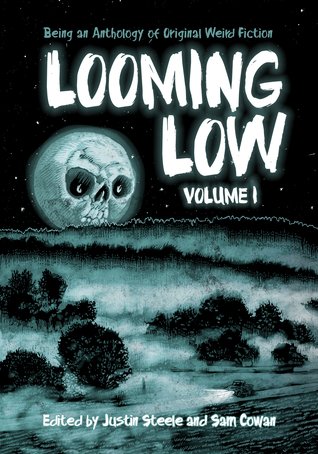 Do you have a certain mark and a spot behind the ear, a man in trouble, Miles does, and in certain strange way his beloved is bent on returning to the scene of the crime and finding out the perpetrator of his fall.
Injury, death, void, light.

“I told you this is bulls**t. What was that doctor talking about? You’re one hundred percent healthy, and you’re going to die by tomorrow? No, I don’t accept that. That’s idiotic. But somebody put that mark on you, and we’re going to find out who and why.”

“I want to be at home, dry and alone and apart from the world. Lorianne has no confidence in Dr. Maharaj, but I can’t shake the feeling there’s something else going on. Something inevitable. I have less than a day left in this world, fewer than twenty-four hours above ground. I can’t process how frightened I am—it’s so overwhelming my mind keeps sealing it off. But like a cracked dam, I can’t hold the growing pressure forever. Every inch of my flesh writhes and struggles to escape my body. Scratching brings no relief.” 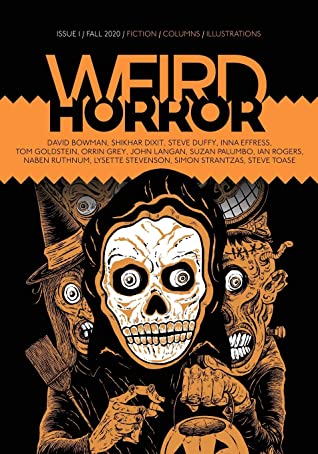 Best Left in The Shadows

An insightful essay by the author. This will be a regular column for him in these magazines, twice yearly, and will be interesting to read.

He shares his thoughts on horror and its definition and the vehicle it is used for to transmute daily real life terrors.

“The only potentially worthwhile distinction, the only true separation of Horror into different things, is the differentiation between the genre of Horror, and the lens of horror.”

Simon Strantzas is the author of Nothing is Everything (Undertow Publications, 2018), Burnt Black Suns(Hippocampus Press, 2014), Nightingale Songs (Dark Regions Press, 2011), Cold to the Touch (Tartarus Press, 2009), and Beneath the Surface (Humdrumming, 2008), and is the editor of Aickman’s Heirs(Undertow Publications, 2015), Shadows Edge (Gray Friar Press, 2013), and was the guest editor of The Year’s Best Weird Fiction, Vol. 3 (Undertow Publications, 2016). Collectively, he’s been a finalist for four Shirley Jackson Awards, two British Fantasy Awards, and the World Fantasy Award. His stories have been reprinted in Best New Horror, The Best Horror of the Year, The Year’s Best Weird Fiction and The Year’s Best Dark Fantasy & Horror, and published in Nightmare, Cemetery Dance, Postscripts, The Dark, and elsewhere. He lives with his wife in Toronto, Canada.

Reviewed by Lou Pendergrast on 24 March 2021