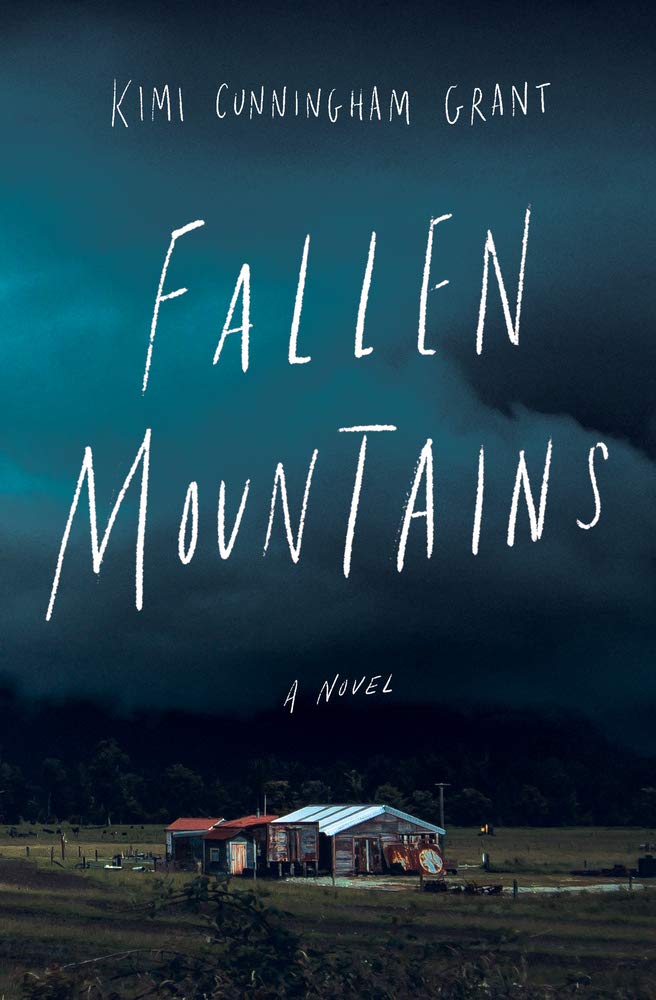 When Transom Shultz goes missing shortly after returning to his tightly knit hometown of Fallen Mountains, Pennsylvania, his secrets are not the only ones that threaten to emerge.

Something terrible happened seventeen years ago. Red, the sheriff, is haunted by it. Possum, the victim of that crime, wants revenge. Chase, a former friend of Transom’s, is devastated by his treacherous land dealings. And Laney worries her one thoughtless mistake with Transom could shatter everything she’s built.

As the search for Transom heats up and the inhabitants’ dark and tangled histories unfold, each must decide whether to live under the brutal weight of the past or try to move beyond it. In Fallen Mountains, even loyalty, love, trust, and family can trap you on a path of tragedy.

“In Fallen Mountains, Kimi Cunningham Grant has painted an intense and engaging portrait of characters driven by-and bound by-the secrets of their pasts. It is an absorbing mystery as well as a gracefully layered story of death and loss in a small town, with a haunting conclusion that will linger with the reader long after they turn that last page.”
-Allen Eskens, USA Today bestselling author of The Life We Bury and The Shadows We Hide

“The past is never dead. It isn’t even past.”
-Requiem for a Nun by William Faulkner

Leaving the past behind, but it never really past, with shadows they hide, the secrets that are hidden, ones that can tear people apart.
This small town mystery with the denizens of Fallen Mountains, people all connected, to each other, to the labor and land, all affected things, with the apparent and hidden things, lies and secrets, running though peoples conscious and in the blood that runs, blood that can rise into that hot rage, ones of disappointment and injustice, as old as man itself in a crucible of good and evil cycling forward into a tragedy in Fallen Mountains.

This tale that starts with mention of Faulkner in the narrative takes me back to his works.
Works with that old rage, that heart at battle with itself, ones Faulkner talked and wrote about with characters memorable and distinct, misfits, villainous, good and likable men and women, that old injustices, ones of clan, or kin, through land and tragedy.

The author careful suspends the “past that is not dead” from the reader peeling away bit by bit, unraveling the hidden and truth prevailing one scene after another, all careful crafted with believable characters of the likable and the unlikable kind, along with the building of empathy, captivating the reader with this mystery with crafted deliberation with words to have contemplation within the reader for a time, and these tales may pass, live on, and one hopes never dead.

Kimi Cunningham Grant is the author of two books. Silver Like Dust is a memoir chronicling her Japanese-American grandparents and their internment during World War II. Her second book, Fallen Mountains, is a literary mystery set in a small town in Pennsylvania, where fracking has just begun. It will be released in March, 2019. Kimi is a two-time winner of a Dorothy Sargent Rosenberg Memorial Prize in Poetry and a recipient of a Pennsylvania Council on the Arts fellowship in creative nonfiction. Her poems and essays have appeared in Literary Mama, RATTLE, Poet Lore, and Whitefish Review. She studied English at Bucknell University and Messiah College. She lives, writes, and teaches in Pennsylvania.