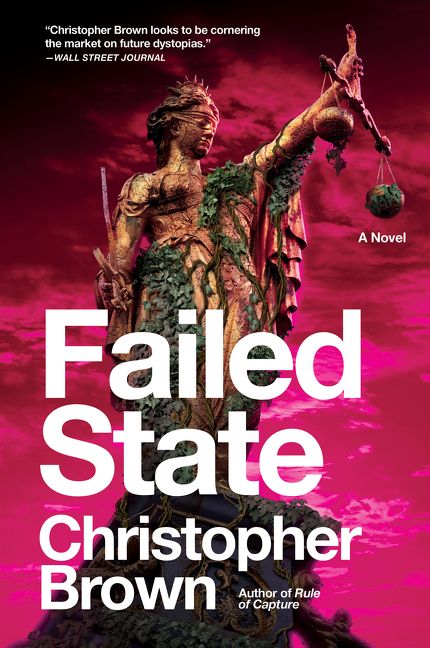 In the aftermath of a second American revolution, peace rests on a fragile truce. The old regime has been deposed, but the ex-president has vanished, escaping justice for his crimes. Some believe he is dead. Others fear he is in hiding, gathering forces. As the factions in Washington work to restore order, Donny Kimoe is in court to settle old scores—and pay his own debts come due.

Meanwhile, the rebels Donny once defended are exacting their own kind of justice. In the ruins of New Orleans, they are building a green utopia—and kidnapping their defeated adversaries to pay for it. The newest hostage is the young heiress to a fortune made from plundering the country—and the daughter of one of Donny’s oldest friends. In a desperate gambit to save his own skin, Donny switches sides to defend her before the show trial. If he fails, so will the truce, dragging the country back into violence. But by taking the case, he risks his last chance to expose the atrocities of the dictatorship—and being tried for his own crimes against the revolution.

To save the future, Donny has to gamble his own. The only way out is to find the evidence that will get both sides back to the table, and secure a more lasting peace. To do that, Donny must betray his clients’ secrets. Including one explosive secret hidden in the ruins, the discovery of which could extinguish the last hope for a better tomorrow—or, if Donny plays it right, keep it burning.

Christopher Brown’s debut novel Tropic of Kansas was a finalist for the Campbell Award for best science fiction novel of 2018, and he was a World Fantasy Award nominee for the anthology Three Messages and a Warning. His short fiction and criticism has appeared in a variety of magazines and anthologies, including MIT Technology Review, LitHub, Tor.com and The Baffler. He lives in Austin, Texas, where he also practices law.

Reviewed by Lou Pendergrast on 29 November 2019