Edited By by Ellen Datlow - More2Read

Edited By by Ellen Datlow 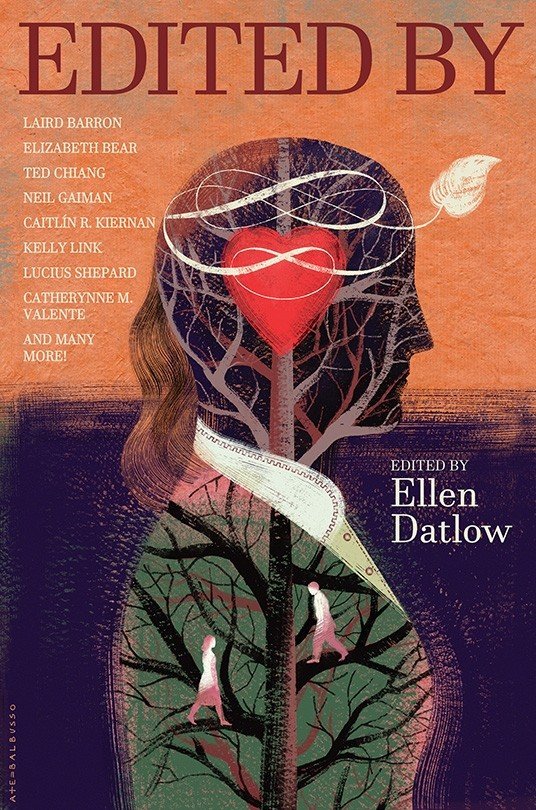 In dozens of anthologies published over the last thirty years, the words “edited by” have been followed by a singularly reassuring name: Ellen Datlow. For countless readers (and writers), Datlow’s name has served as a virtual guarantee of quality. Each of her many anthologies, whatever its specific nature, reflects a high degree of taste, intelligence, and professional judgment. As Gary K. Wolfe notes in his excellent introduction, her work has received “an almost unprecedented string of honors.” Honors and awards are fine, of course, but it’s the stories that ultimately matter. And Datlow has ushered more good stories into the world than any editor in living memory. The book you are currently holding stands as a testament to that fact.

Edited By is a thoroughgoing attempt to reflect both the quality and infinite variety of the fiction she has championed in the course of her career. The stories gathered here come from all over the literary map. There are SF, fantasy, and horror stories, often in unique combinations. There are household names among the contributors, such as Neil Gaiman, whose screenplay/story “Eaten (Scenes from a Moving Picture)” is a chilling account of eater and eaten, predator and prey. There are newer, lesser known figures as well, among them Nathan Ballingrud, whose “Monsters of Heaven” is an achingly beautiful story of grief, loss, and strange encounters. And there are many award-winning writers included, among them Elizabeth Hand, Kelly Link, Lucius Shepard, Ted Chiang, and Jeffrey Ford, to name just a few. Their contributions are among the many highlights of this book.

Edited By is one of those rare books that offers intense pleasure and intellectual excitement on every page. There are no bad stories here, and there is no lazy or indifferent writing. Some of the finest imaginative fiction of modern times awaits within the covers of this magisterial book. This one really does belong on the permanent shelf. Don’t let it pass you by.

“This impressive doorstopper collects stories from 30 previous anthologies assembled by prolific and influential speculative fiction editor Datlow, with brief notes on her selection process offering deep insight into how one editor can shape a genre… This is a worthwhile investment for Datlow fans and anyone interested in charting the progress of speculative fiction.”
– Publishers Weekly

Limited: 250 numbered copies signed by most contributors (see below for exceptions)

Introduction by Gary K. Wolfe (not signing)
Home by the Sea by Pat Cadigan
The Evolution of Trickster Stories Among the Dogs of North Park After the Change by Kij Johnson
The Bedroom Light by Jeffrey Ford
The Carrion Gods in Their Heaven by Laird Barron
The Crow Palace by Priya Sharma
Some Strange Desire by Ian McDonald
The Lepidopterist by Lucius Shepard (not signing)
Bird Count by Jane Yolen
Anamorphosis by Caitlín R. Kiernan
The Hortlak by Kelly Link
In the Month of Athyr by Elizabeth Hand
Precious by Nalo Hopkinson
Daniel’s Theory About Dolls by Stephen Graham Jones
The Mysteries by Livia Llewellyn
Dancing Men by Glen Hirshberg
The Office of Doom by Richard Bowes
Black Nightgown by K. W. Jeter
A Delicate Architecture Catherynne M. Valente
The Goosle by Margo Lanagan
Eaten (Scenes from a Moving Picture) by Neil Gaiman (not signing)
Teratisms by Kathe Koja
The Monsters of Heaven by Nathan Ballingrud
That Old School Tie by Jack Womack
Love and Sex Among the Invertebrates by Pat Murphy
Overlooking by Carol Emshwiller (not signing)
Sonny Liston Takes the Fall by Elizabeth Bear
Technicolor by John Langan
The Sawing Boys by Howard Waldrop
Shay Corsham Worsted by Garth Nix
Seventy-Two Letters by Ted Chiang
Interview with Ellen Datlow by Gwenda Bond (Gwenda not signing)