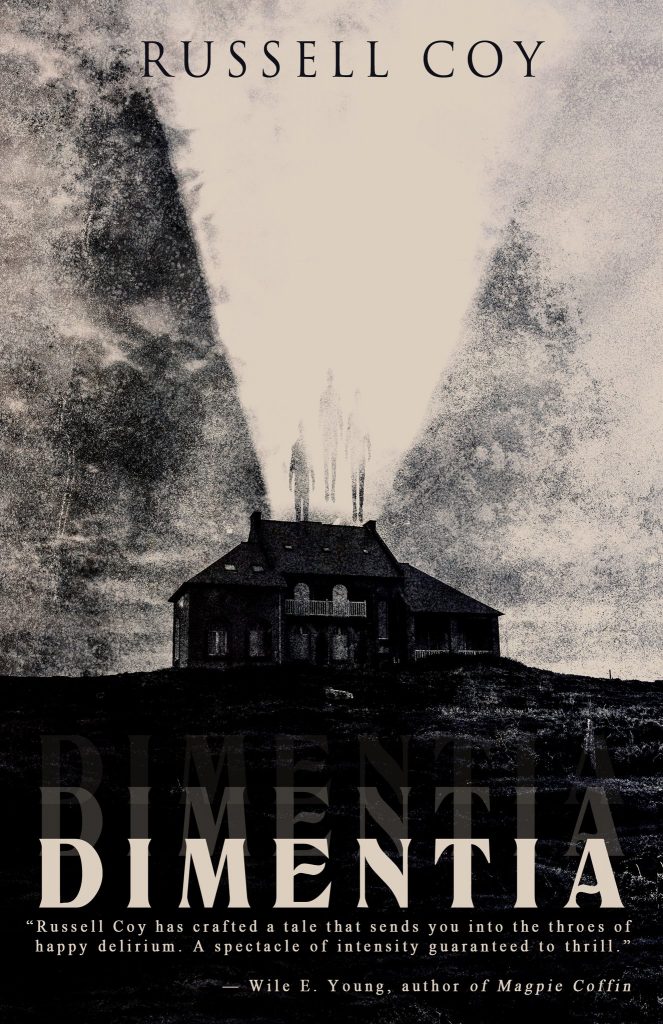 After giving up on his dream of being a published writer, Chris is plagued by a series of nightmarish visions of grotesque creatures. As the visions manifest with greater frequency they start targeting his young daughter. They are finding their way into his world and only he can fight them. Chris must uncover the truth about his connection to this strange, sadistic realm and plunge headfirst into the unknown if he wants to save his daughter.

“Russell Coy has crafted a tale that sends you into the throes of happy delirium. A spectacle of intensity guaranteed to thrill.”
-Wile E. Young author of Magpie Coffin

Just a few minutes from father picking up daughter from a bus station a rapid interloping of strangeness monstrous insidious kind developing into race for survival and safety in a demon land of grotesque forms from one realm to another he must with haste retrieve daughter. There is imaginative ghastly journeying ahead, for those readers not of frailty, hooking you in the tale with an injection of originality and absurdity in the face of clear and present danger.

You will be thinking just like the main protagonist who had seen “begins to ficker like an old TV on the fritz. Its body loses defnition, blinking in and out of reality, then vanishes completely” what the hell just happened!

“Then, he sounds out the truth in his head:
There’s an invisible monster following us around, princess. I thought it wasn’t real, but now it looks like it is. I think he wants to get his hands on you to do God- knows-what, and since he managed to pop you one back there, it might not be as impossible as it seems.”

“Does this individual, by any chance, also have a body like a skinned orangutan?”

“Chris notices the sky first. It has a deep orange color and looks thick enough to stop a bullet. Instead of stars, there are twitching lines of yellow light casting thin rays down, like sodium lamps in a parking lot.
The diner, it turns out, stands in the middle of a valley. Enormous tentacles lie limp across the terrain as far as he can see. The light from above spreads an eerie glow through the low layer of mist floating across the land.”

Reviewed by Lou Pendergrast on 23 February 2021