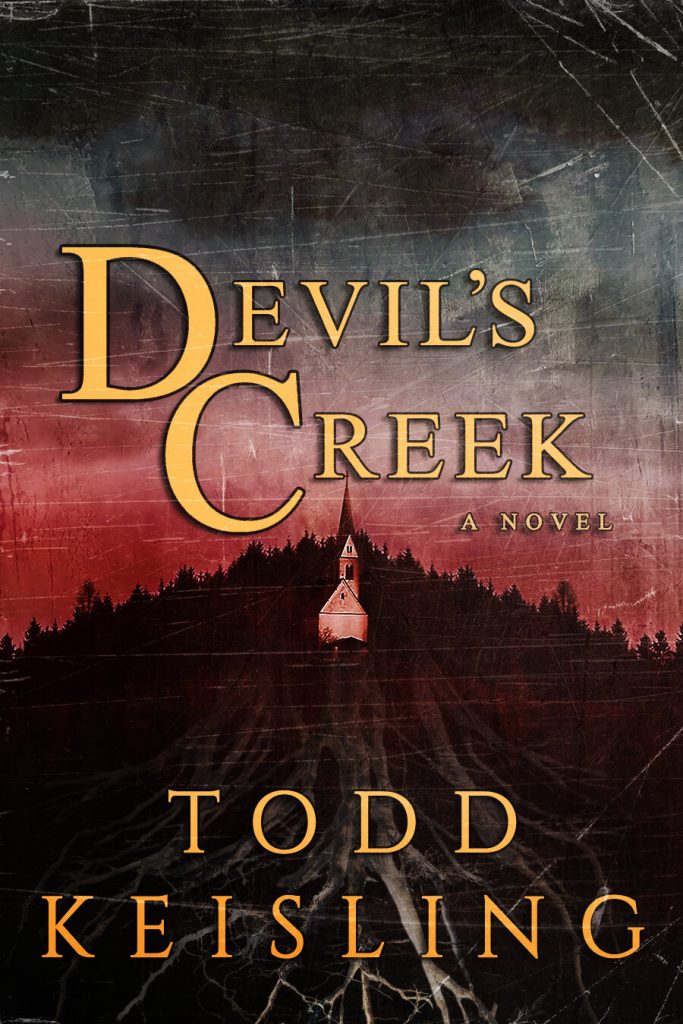 About fifteen miles west of Stauford, Kentucky lies Devil’s Creek. According to local legend, there used to be a church out there, home to the Lord’s Church of Holy Voices—a death cult where Jacob Masters preached the gospel of a nameless god.

And like most legends, there’s truth buried among the roots and bones.

In 1983, the church burned to the ground following a mass suicide. Among the survivors were Jacob’s six children and their grandparents, who banded together to defy their former minister. Dubbed the “Stauford Six,” these children grew up amid scrutiny and ridicule, but their infamy has faded over the last thirty years.

Now their ordeal is all but forgotten, and Jacob Masters is nothing more than a scary story told around campfires.

For Jack Tremly, one of the Six, memories of that fateful night have fueled a successful art career—and a lifetime of nightmares. When his grandmother Imogene dies, Jack returns to Stauford to settle her estate. What he finds waiting for him are secrets Imogene kept in his youth, secrets about his father and the church. Secrets that can no longer stay buried.

The roots of Jacob’s buried god run deep, and within the heart of Devil’s Creek, something is beginning to stir…

“Brimming with dread and rooted deeply in the legacy of great American weird fiction, Devil’s Creek belongs in the pantheon of the best small-town horror novels from Lovecraft to Charles Grant, Michael McDowell to King. Keisling’s darkly imaginative creation of Stauford, Kentucky and the terrible things that lie beneath it will not only keep you up late to keep turning the pages, it will haunt you for some time to come. A stunning work.”
—Ed Kurtz, author of The Rib from Which I Remake the World

“Devil’s Creek is an epic novel about small town evil that will touch your heart as it seizes it with fear. Once again, Todd Keisling has proven himself a master storyteller. He guides you confidently into the dark, creating a false sense of security, before leaving you to fend for yourself against the terrors of his imagination. Keisling gets better every time I read him, and this is his best work to date. Rush out and buy this book but be forewarned. You’ll drown in Devil’s Creek, and its waters are unclean.”
–Brian Kirk, Bram Stoker Award-nominated author of We Are Monsters and Will Haunt You

“Devil’s Creek manages to be fresh and nostalgic all at once. Keisling channels Stephen King while crafting a complex tapestry of character and strife in a beautiful style all his own.”
–Somer Canon, author of Killer Chronicles and Vicki Beautiful


“In Todd Keisling’s excellent Devil’s Creek, one preacher’s search for ultimate answers leads to ultimate horror for him and the members of his congregation. A generation later, one of Jacob Masters’ children returns to the small Kentucky community where his father came to ruin to confront the legacy of his dark actions. In the process, Jack Tremly discovers that the malevolence he had thought long gone is nothing of the kind. In smooth prose, Keisling skillfully evokes the landscape and inhabitants of south-central Kentucky, as well as the struggles of his protagonist to deal with a past resurgent in the most immediate and frightening ways. Another step forward for him, Devil’s Creek shows why Todd Keisling runs at the front of the pack.”
–John Langan, author of Sefira and Other Betrayals

“Incredibly, Todd Keisling gets better with each release. This book is one of the most original and creepy stories I’ve read in a long time.”
–Armand Rosamilia, author of Dying Days

“Like the best of vintage King, Keisling’s intricate portrait of a small-town in the throes of unimaginable horror lives, breathes…and bleeds buckets. Give me that old-time religion, indeed.”
–Doug Murano, Bram Stoker Award-winning editor of Behold!: Oddities, Curiosities, and Undefinable Wonders

“That’s some bleak and beautiful writing. Sign us up for anything he puts out!”
–Michelle Garza and Melissa Lason (The Sisters of Slaughter), Bram Stoker Award-nominated authors of Mayan Blue

“Todd Keisling’s Devil’s Creek took me on an amazing journey to places I didn’t want to go, then teased me with the possibility that I could get out. Throughout, I was full of hope and despair. I loved every minute of it.”
–J. Edwin Buja, author of The King of the Wood

“Todd Keisling’s Devil’s Creek is the literary equivalent of quicksand—slowly pulling you in with its fleshed-out world and characters, until the horror kicks in to high-gear and you realize you can’t escape. A masterfully-written story.”
–Paul Michael Anderson, author of Bones Are Made to be Broken

“Another exquisite work by Todd Keisling, one of this generation’s finest horror authors.”
–Monique-Cherie Oberholzer, Bram Stoker Award-nominated author of The Night Weaver.

“Devil’s Creek is a train rocketing on nightmare fuel. Keisling stokes the engine with enough disturbing imagery to choke an elephant. Reminds me a lot of Sarah Langan’s The Missing—and that is high praise. Fantastically fiendishly great!”
–John Boden, author of Jedi Summer.

Todd Keisling is the author of A Life Transparent, The Liminal Man, and the critically-acclaimed novella, The Final Reconciliation. His most recent releases are The Smile Factory and the horror collection, Ugly Little Things: Collected Horrors. He lives somewhere in the wilds of Pennsylvania with his family where he is at work on his next novel. 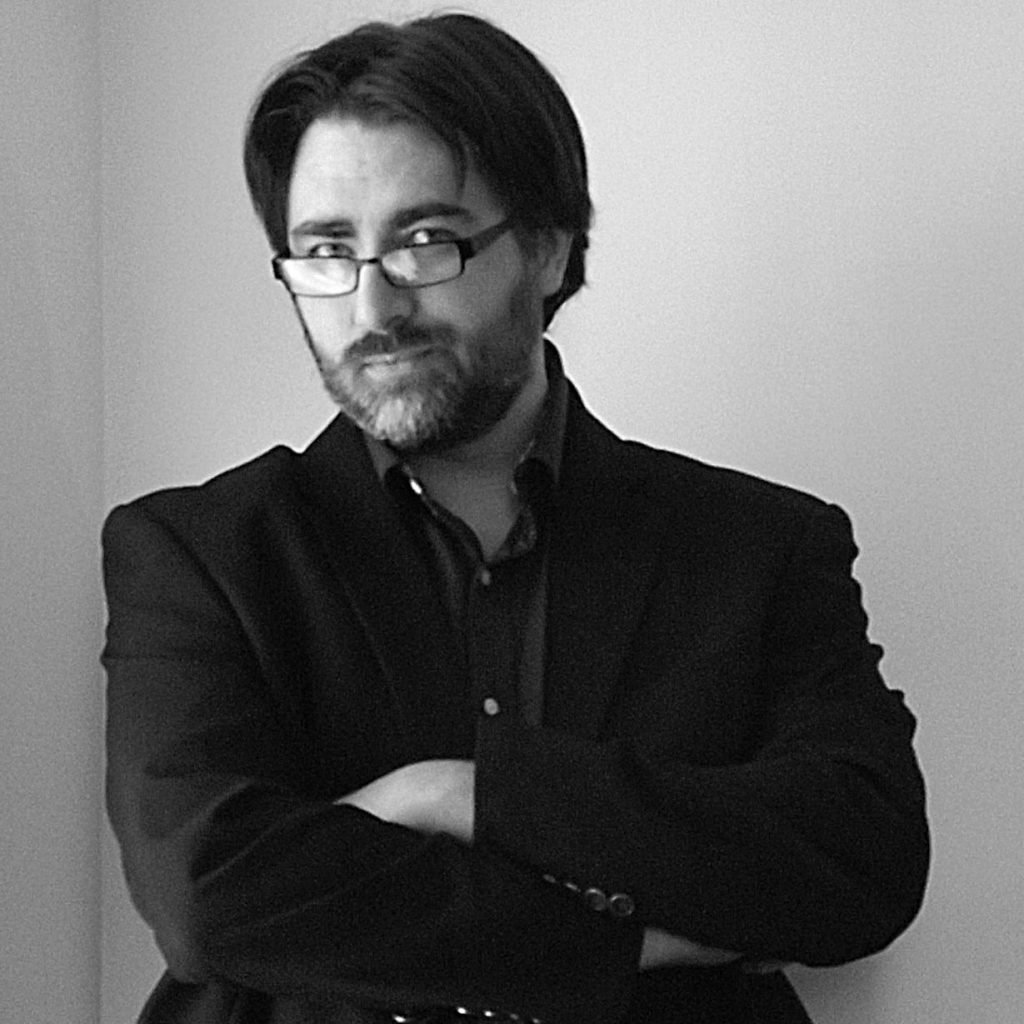