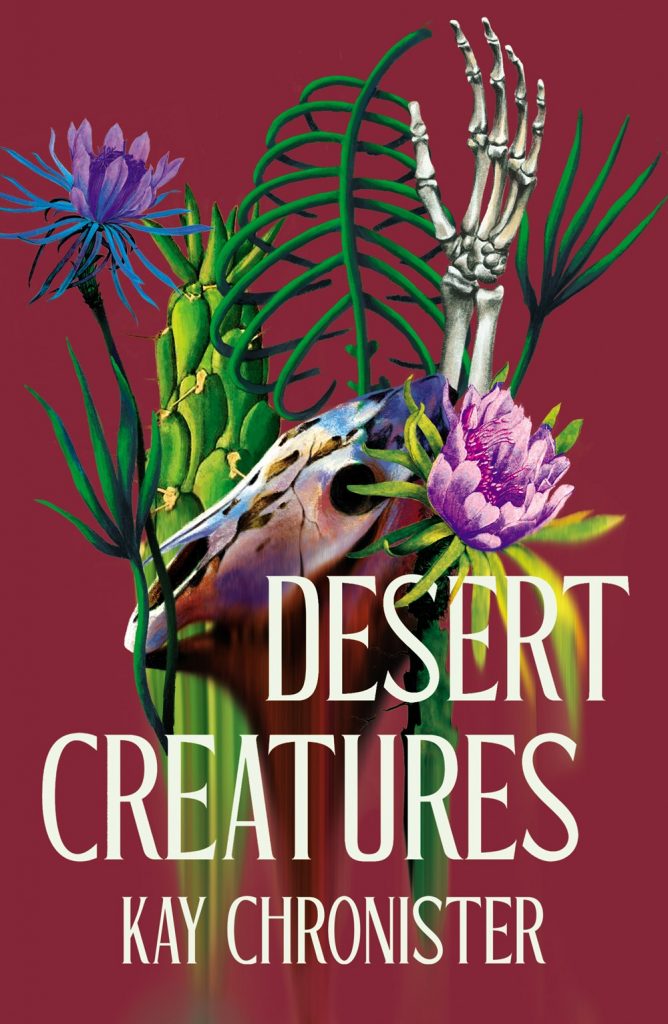 In a future American West hollowed out by ecological decay, a girl named Magdala seeks a miracle cure for her clubfoot in the mythical city of Las Vegas, a place teeming with violent sinners and mysterious, magical saints. In this multi-part story spanning decades of her life, she travels through the desert—which is full of both surrealist horrors like formerly human chimeras, and more mundane dangers like bandits and death cults—and comes of age in a resource-starved world where faith seems both necessary and futile, in award-winning short fiction writer Kay Chronister’s debut novel.

In a world grown desiccated and treacherous, one young woman will find salvation or become just another rot-lonely skull in the sand.
Nine-year-old Magdala and her father have been exiled from their home; they flee through the harsh landscape of the American West, searching for refuge. As violence pursues them, they join a handful of survivors on a pilgrimage to the holy city of Las Vegas, where it is said that vigilante saints reside, bright with neon power. Magdala, born with a clubfoot, is going to be healed. But when faced with the strange horrors of the Sonoran Desert, one by one the pilgrims fall victim to a hideous sickness—leaving Magdala to fend for herself.

After surviving for seven years on her own, Magdala is tired of waiting for her miracle. Magdala turns her gaze to Las Vegas once more, and this time, nothing will stop her. She recruits an exiled Vegas priest at gunpoint to serve as her guide, and the pair form a fragile alliance as they navigate the darkest and strangest reaches of the desert, on a journey that takes her further from salvation even as she nears the holy city.

With ferocious imagination and poetic precision, Desert Creatures is a story of endurance at the expense of redemption. What compromise does survival require of a woman—and can she ever unlearn the instincts that have kept her alive?

Combining the subversive inventiveness of Inland by Téa Obreht with the eco-surrealism of Jeff Vandermeer’s Dead Astronauts and the themes of survival and morality in Cormac McCarthy’s The Road, award-winning short fiction writer Kay Chronister transfigures genre and the myth of the West in this stylish and original debut novel.

“Existing at the sweet spot where A Canticle for Leibowitz and Blood Meridian meet, Chronister’s Desert Creatures is a vivid investigation of faith, perseverance, and human violence as they exist at the end of the world. A scintillating first novel.”
—Brian Evenson, winner of the World Fantasy and Shirley Jackson Awards

“Kay Chronister has crafted an incredible setting, pushing the wild weirdness of the Sonoran Desert toward the furthest extremes of possibility. I will never forget this uncanny world, nor brave Magdala’s quest across it, contending with holy saints and hellish killers in a landscape whose every inch and inhabitant is as dangerous as they are in dire need of healing.”
—Matt Bell, author of the New York Times Notable Book Appleseed

Kay Chronister is a finalist for the Shirley Jackson and World Fantasy Awards for her short fiction, which has appeared in Strange Horizons, Clarkesworld, Beneath Ceaseless Skies, The Dark, and elsewhere. Her first collection, Thin Places, was published by Undertow Publications in 2020. Originally from Washington State, she has spent time in Virginia, Cambodia, and Arizona. She now lives in the Philadelphia area with her dogs and her husband. Desert Creatures is her first novel. 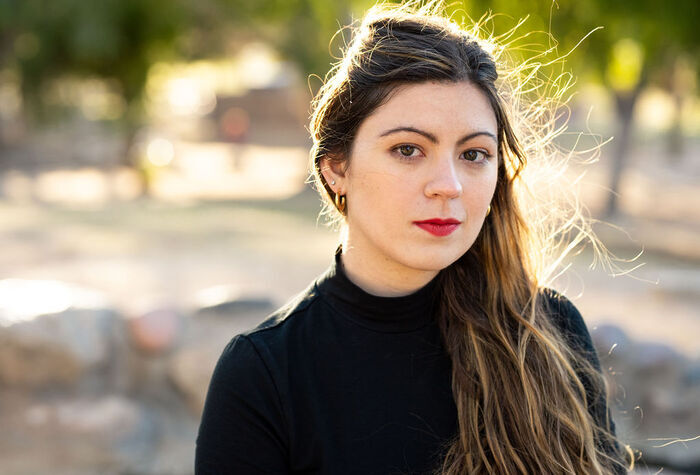