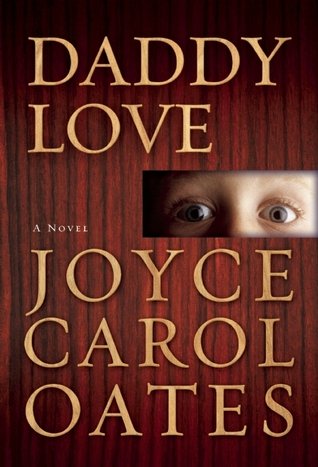 Dinah Whitcomb seemingly has everything. A loving and successful husband, and a smart, precocious young son named Robbie. One day, their worlds are shattered when Dinah is attacked and Robbie is taken in a mall parking lot. Dinah, injured, attempts to follow, but is run over by the kidnapper’s van, mangling her body nearly beyond repair.

The kidnapper, a part-time Preacher named Chester Cash, calls himself Daddy Love, as he has abducted, tortured, and raped several young boys into being his lover and as well as his ‘son’. He confines Robbie in a device called an Wooden Maiden, in essence a small coffin, and renamed him ‘Gideon’. Daddy Love slowly brainwashes ‘Gideon’ into believing that he is Daddy Love’s real son, and any time the boy resists or rebels it is met with punishment beyond his wildest nightmares.

As Dinah recovers from her wounds, her world and her marriage struggle to exist every day. Though it seems hopeless, she keeps a flicker of hope alive that her son is still alive.

As Robbie grows older, he becomes more aware of just how monstrous Daddy Love truly is. Though as a small boy he as terrified of what might happen if he disobeyed Daddy Love, Robbie begins to realize that the longer he stays in the home of this demon, the greater chance he’ll end up like Daddy Love’s other ‘sons’ who were never heard from again. Somewhere within this tortured young boy lies a spark of rebellion…and soon he sees just what lengths he must go to in order to have any chance at survival.

This story has all the trademarks of the great writing that Joyce Carol Oates has been known for, first person narrative with uncomplicated sentences that put you in the shoes of characters in a visceral fashion.
The characters she has chosen for this story is a boy whose is abducted over a six year period and his family that have to live with his missing and a man who refers to himself as Daddy Love who is a sadistic child abductor/sex offender.
This story when told through the eyes of the criminal can possibly make the reader uncomfortable due to the intentions and his actions but she successfully immerses you in the web of an evil crime that is headline news everyday around the world. The author is no stranger to writing about dark and stark realities as she regularly writes about crimes that you would like to think do not exist but are sadly occurring increasingly She incorporates this darkness successfully in her works, where other authors are afraid to tread or fail to and as a female writer she holds plenty of voice, punch and hook.
Joyce Carol Oates is quite similar to the author Flannery O’Connor in many ways in her writing.

Reviewed by Lou Pendergrast on 15 October 2012