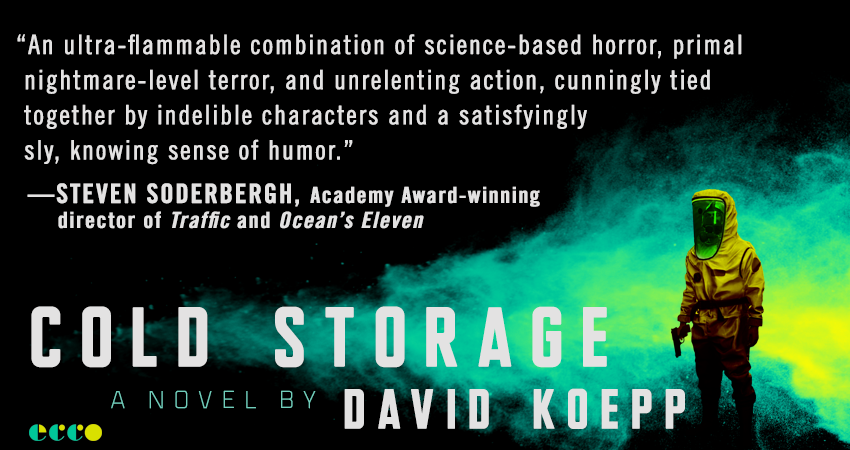 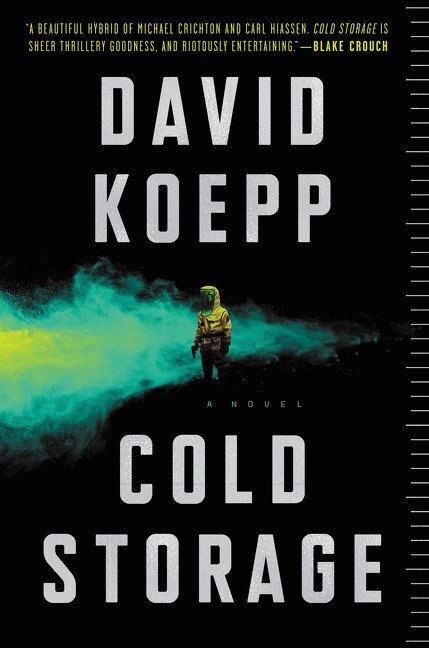 For readers of Andy Weir and Noah Hawley comes an astonishing debut by the screenwriter of Jurassic Park: a wild and terrifying adventure about three strangers who must work together to contain a highly contagious, deadly organism
When Pentagon bioterror operative Roberto Diaz was sent to investigate a suspected biochemical attack, he found something far worse: a highly mutative organism capable of extinction-level destruction. He contained it and buried it in cold storage deep beneath a little-used military repository.
Now, after decades of festering in a forgotten sub-basement, the specimen has found its way out and is on a lethal feeding frenzy. Only Diaz knows how to stop it.
He races across the country to help two unwitting security guards—one an ex-con, the other a single mother. Over one harrowing night, the unlikely trio must figure out how to quarantine this horror again. All they have is luck, fearlessness, and a mordant sense of humor. Will that be enough to save all of humanity?

“A terrific thriller: ambitious, audacious, gory, scary, flamboyant, and funny….[Koepp makes] a seamless, massively effective transition from the visual medium to the literary. The book doesn’t read like a modestly beefed-up pitch for a movie; it’s a rich, textured, and downright impossible-to-put-down story.”
-Booklist (starred review)

“Cold Storage is The Andromeda Strain on crack: chilling end-of-the-world terror infected with wicked humour. Koepp pulls it off with style. When the real apocalypse arrives, may it be even half as funny as this.”
-Linwood Barclay, New York Times bestselling author of A Noise Downstairs

To be simultaneously terrifying and hilarious is a masterstroke few writers can pull off, but Koepp manages in this incredible fiction debut that calls to mind a beautiful hybrid of Michael Crichton and Carl Hiaasen. Cold Storage is sheer thrillery goodness, and riotously entertaining.
-Blake Crouch, New York Times bestselling author of Dark Matter

You might as well put your plans on ice for the next twenty-four hours, as all you’ll be doing is reading this book. The very definition of ‘thriller,’ David Koepp’s Cold Storage grabs you and shakes you and ultimately leaves you grinning.
-Scott Frank, Academy Award-nominated writer of Logan and Out of Sight)

An organism, “Cordyceps novus,” with the ability of growth, invasion and destruction, in conflict with discovery, containment, and hidden in cold storage, sub-level 4.

A growth of something deadly, invading other cells, destroying other species, once discovered by humans stopped and kept for research, a memento hidden until it sees the light of day again, God help anyone it seeks out.

December 1987..then March 2019 more than thirty years later, a new era, a new threat with humans faced with need to have it contained and destroyed.

There is thrill in the tale with the humans at conflict with a species of another kind, a great threat that manipulates and uses, an entertaining thriller with the fate of vast people in the hands of a few likable and memorable characters.
Story moved with fluidity captivating the reader alongside the existence of the threat and the dangerous situation evolving, with the lives of many in the balance.

“The world’s largest single living organism is Armillaria solidipes, better known as the honey fungus. It’s about eight thousand years old and covers 3.7 square miles of the Blue Mountains in Oregon. Over eight millennia it has spread through a weblike network of lines underground, sprouting fruiting bodies above the earth that look like mushrooms. The honey fungus is relatively benign, unless you’re an herbaceous tree, bush, or plant. If you are, it’s genocidal. The fungus kills by gradual takeover of the root system and moves up the plant, eventually choking off all water and nutrients.
Armillaria solidipes spreads across the landscape at a rate of one to three feet per year and can take thirty to fifty years to kill an average-sized tree. If it could move significantly faster, 90 percent of all botanic growth on Earth would die, the atmosphere would turn to poison gas, and human and animal life would end. But it is a slow-moving fungus.
Other fungi are faster.
Much faster.”

“Outside Kiwirrkurra, they had changed into level A hazmat suits, which were fully encapsulating chemical entry suits with self-contained breathing apparatuses. They also wore steel-toed boots with shanks on the outside of the suit and specially selected chemical-resistant gloves.”

“Hero explained: “Let’s say its target species is an ant. The ant walks along the forest floor, and it passes over a tiny spore of the fungus. The spore adheres to the ant, digs through its outer shell, and nests inside it. It moves through the body as quickly as it can, making its way to the ant’s brain, where the rich nutrients send it into an exponential growth phase, helping it reproduce up to ten times as fast as it would in any other part of the body. It spreads into every portion of the brain until it controls movement, reflex, impulse, and, to the extent that an ant can think, thoughts. Even though the ant is still technically alive, it’s been hijacked by the invader to serve its needs.” She jumped to the ground. “And the only thing a fungus wants is to make more fungus.” 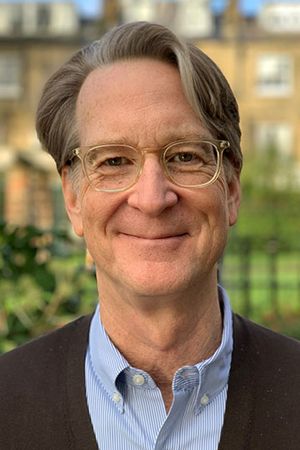 David Koepp is a celebrated American screenwriter and director best known for his work on Jurassic Park, Spider-Man, Panic Room, and War of the Worlds. His work on screen has grossed over $6 billion worldwide.

Reviewed by Lou Pendergrast on 03 September 2019