City on Fire by Don Winslow 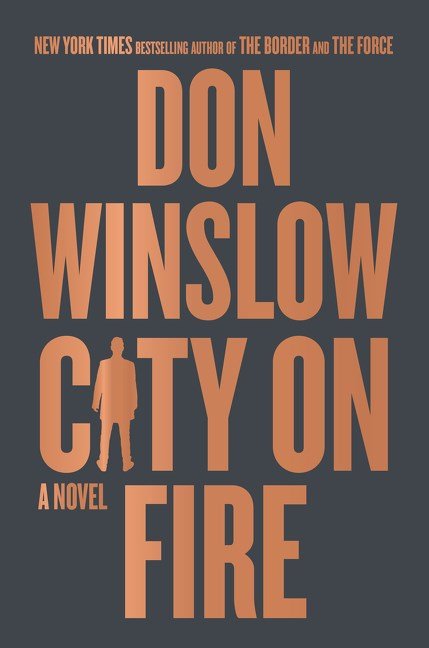 About City on Fire

From the #1 internationally bestselling author of the Cartel Trilogy (The Power of the Dog, The Cartel, and The Border), The Force, and Broken comes the first novel in an epic crime saga about the Irish and Italian crime syndicates in America during the 1980s and 1990s.

Providence, RI, 1986. Twenty-nine-year-old Danny Ryan is a hard-working longshoreman, loving husband, loyal friend, and occasional “muscle” for the Irish crime syndicate that oversees much of the city. He yearns for something more and dreams of starting over fresh, someplace far away. But when a modern-day Helen of Troy triggers a war between rival mob factions, Danny is embroiled in a conflict he can’t escape. Now it is up to him to step into the breach to protect his family, the friends who are closer to him than brothers, and the only home he’s ever known.

Praise For City on Fire

“Superb. This is storytelling with a keen edge. City on Fire is exhilarating to read.”
– Stephen King

“Gritty, moody, and totally immersive, City on Fire is the first installment in an epic new series that is sure to grip readers from the start. This is Winslow at his very best.”
– Karin Slaughter, New York Times and internationally bestselling author

“Don Winslow can hold his own with the best of crime fiction’s elite: Mario Puzo, George Higgins, Elmore Leonard. He’s a bard of the bad guys and City on Fire is his most relentless book yet. You gotta have it.”
– Joe Hill, #1 New York Times Bestselling Author

“Pure genius! Nobody can bring such grit and such heart to crime fiction as Don Winslow—and with such a unique and compelling stylistic voice. This sprawling novel, populated with breathtakingly real characters, will grip you from the first page and never loosen its hold, and that remains true long after you’ve turned the last page. And what a delight that this is the first of a trilogy. Can hardly wait for the others!”
– Jeffery Deaver, bestselling author of The Midnight Lock

“Winslow is our Dickens of modern crime. I can’t think of anyone better at what he does.”
– Linwood Barclay, New York Times bestselling author

If the Irishman and the Sopranos are up there in a high tier of your watching bests then what is to follow maybe some more of the same in narrative form.
There be shots flowing, criminal activities, bad words, bad turns, family and bad blood between crime organizations, the heads of two families, men immigrated sometime back from Irish and Italian shores for a better life, of which one hopes the less, or more, that end six feet under in this story the better, dependant on who your rooting for.
One character and struggle empathically rests within the reader the most, with a striving for a version of the American dream, the one trials of Danny Ryan.

The prose, potent, precise and concise, trademarks of Don Winslow’s past works, juxtapositioning the reader amid the denizens of Dogtown and an Irish and Italian mob, where one incident, “Everything we spent years putting together, keeping together, is going to fall apart over a piece of ass?!” ignites a war notching up the heat in Dogtown with blood flowing.

A tale within the tale, one of Danny Ryan, his personal dilemma and tragedy alongside the raging war, hooking the reader to the outcome with this psychological thinking: “Because I’m Danny Ryan, the good soldier, he thinks as he walks out. Good old Danny, who does what has to be done.”

“Danny’s sad that summer is coming to an end. He always is. The end of summer means the end of the long slow days, the lingering sunsets, the rented beach cottages, the beers, the fun, the laughs, the clambakes.
It’s back to Providence, back to the docks, back to work.
Home to their little apartment on the top floor of a gabled three-decker in the city, one of the thousands of old tenement buildings that went up all over New England in the height of the mill and factory days, when they were needed to provide cheap housing for the Italian, Jewish, and Irish workers. The mills and factories are mostly gone, but the three-story houses survive and still have a little of the lower-class reputation about them.”

“He loves her like life.
And not, like some people think, because she’s John Murphy’s daughter.
John Murphy is an Irish king, like the O’Neills in the old country. Holds court in the back room of the Glocca Morra pub like it’s Tara. He’s been the boss of Dogtown since Danny’s dad, Marty, fell into the bottom of the bottle and the Murphy family took over from the Ryans.”

“Good money, good union job, and then who knew? A move up with the Murphys. Maybe a desk job as a union official, something like that. And a taste of Murphy’s other businesses. What he would have had anyway, if his father hadn’t drunk it away, his old man getting so sloshed so often that he became a liability and the guys worked him out of the top job and then out altogether. For old times’ sake kicked him enough to live on and that was about it…Danny didn’t want it anyway, didn’t want nothing to do with the rackets, the loan-sharking, the gambling, the hijacks, the union. Problem was, he did want Terri—she was funny and smart and listened to him without taking any of his bullshit, but she wouldn’t give it up without them being at least engaged, and his take from the boats wasn’t enough for a diamond, never mind a marriage.”

“Young men are stupid and their balls are too full. Pasco remembers when it was that way with him, and the old bulls had to teach him what was what. Now he has to be the teacher. He turns and looks at these two young Irish bucks, all on fire with indignation and the hunger for revenge. They have to learn—vengeance is an expensive luxury, too expensive in this case. Too rich for their blood, anyway.“

“Danny does the odds in his head. They have ten, maybe fifteen guys who can be counted on in a fight; the Morettis have at least twice that number. The Irish have no resources outside Dogtown to call on; the Morettis can bring in shooters from other Mafia families. The Irish have a few councilmen from the Tenth and some of the police; the Morettis have the mayor, a handful of state legislators, and a bunch of cops, including two detectives from Homicide—O’Neill and Viola.
The money battle is lopsided: the Irish have the longshoremen’s union, the docks, and some small gambling and loan-sharking; the Morettis have the Teamsters, the construction unions, the vending machines, cigarettes and alcohol, major gambling, major money on the street, strip clubs and prostitution.
That’s the problem with a war: you have the challenge of trying to stay alive and at the same time make a living. Hard, when you’re being hunted, to go out and make your collections, or make a score, or even get back and forth from work. You need a bankroll, a war chest, to last you while you bunker up and fight it out, and not many of the Dogtown Irish—Danny included—have a lot in the savings account.”

“Providence is a gray city.
Gray skies, gray buildings, gray streets. Gray granite as hard as the New England pilgrims who hacked it out of the quarries to build their City on the Hill. Gray as the pessimism that hangs in the air like the fog.
Gray as grief.
The unrelenting gray sorrow Danny has felt since… death. Sorrow he almost wears, like clothes he puts on when he wakes up, like he’s seeing the world on one of those black-and-white TVs he had when he was a kid.”

“Gang wars, like any wars, are largely economic. They cost money to fight, and guys still have to live, pay mortgages and rent, put food on the table. Guys didn’t get into this thing to join the army, they got in to make money, and if you take the money away, you take the soldiers away.”

Don Winslow is the author of twenty-two acclaimed, award-winning international bestsellers, including the New York Times bestsellers The Force and The Border, the #1 international bestseller The Cartel, The Power of the Dog, Savages, and The Winter of Frankie Machine. Savages was made into a feature film by three-time Oscar-winning writer-director Oliver Stone. The Power of the Dog, The Cartel, and The Border sold to FX to air as a major television series, and The Force is soon to be a major motion picture from 20th Century Studios. A former investigator, antiterrorist trainer, and trial consultant, Winslow lives in California and Rhode Island. 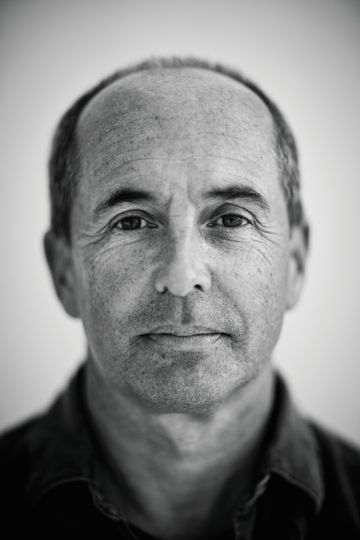 Reviewed by Lou Pendergrast on 22 April 2022