City of Margins by William Boyle 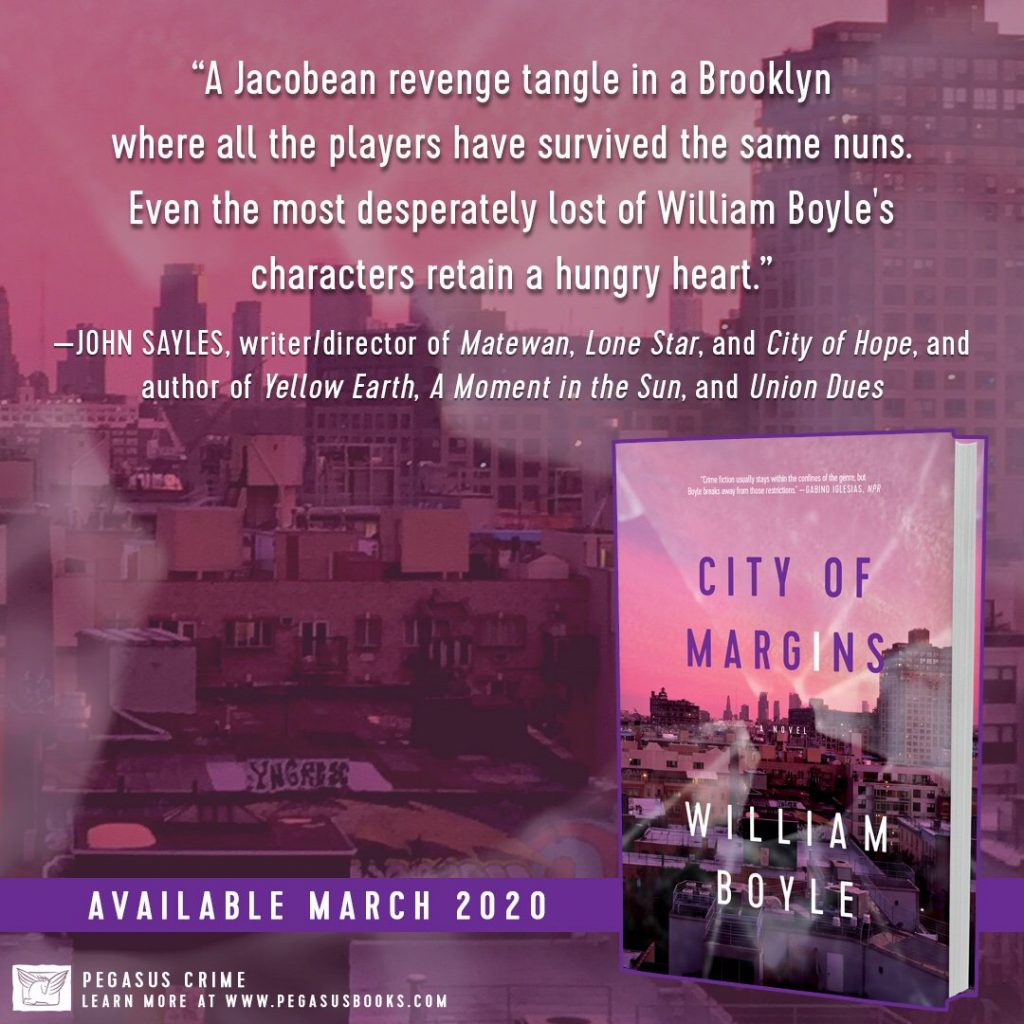 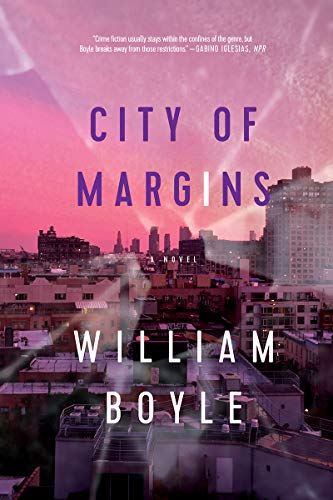 A vivid new cast of characters collide in gritty 1990s Brooklyn, in this latest from acclaimed neo-noir author William Boyle.

In City of Margins, the lives of several lost souls intersect in Southern Brooklyn in the early 1990s. There’s Donnie Parascandolo, a disgraced ex-cop with blood on his hands; Ava Bifulco, a widow whose daily work grind is her whole life; Nick, Ava’s son, a grubby high school teacher who dreams of a shortcut to success; Mikey Baldini, a college dropout who’s returned to the old neighborhood, purposeless and drifting; Donna Rotante, Donnie’s ex-wife, still reeling from the suicide of their teenage son; Mikey’s mother, Rosemarie, also a widow, who hopes Mikey won’t fall into the trap of strong arm work; and Antonina Divino, a high school girl with designs on breaking free from Brooklyn. Uniting them are the dead: Mikey’s old man, killed over a gambling debt, and Donnie and Donna’s poor son, Gabe.

These characters cross paths in unexpected ways, guided by coincidence and the pull of blood. There are new things to be found in the rubble of their lives, too. The promise of something different beyond the barriers that have been set out for them. This is a story of revenge and retribution, of facing down the ghosts of the past, of untold desires, of yearning and forgiveness and synchronicity, of the great distance of lives lived in dangerous proximity to each other. City of Margins is a Technicolor noir melodrama pieced together in broken glass. 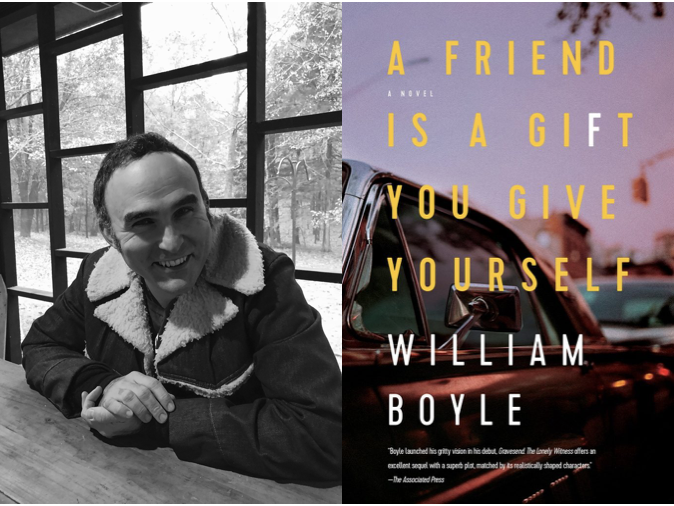 William Boyle is from Brooklyn, New York. His debut novel, GRAVESEND, was published as #1,000 in the Rivages/Noir collection in France, where it was shortlisted for the Prix Polar SNCF 2017 and nominated for the Grand Prix de Littérature Policière. Boyle is also the author of a book of short stories, DEATH DON’T HAVE NO MERCY, and of another novel, EVERYTHING IS BROKEN, published only in France. His newest novel, THE LONELY WITNESS, is out now from Pegasus Crime. GRAVESEND will be reissued, also by Pegasus Crime, in September 2018. He lives in Oxford, Mississippi.