Chasing the Boogeyman by Richard Chizmar 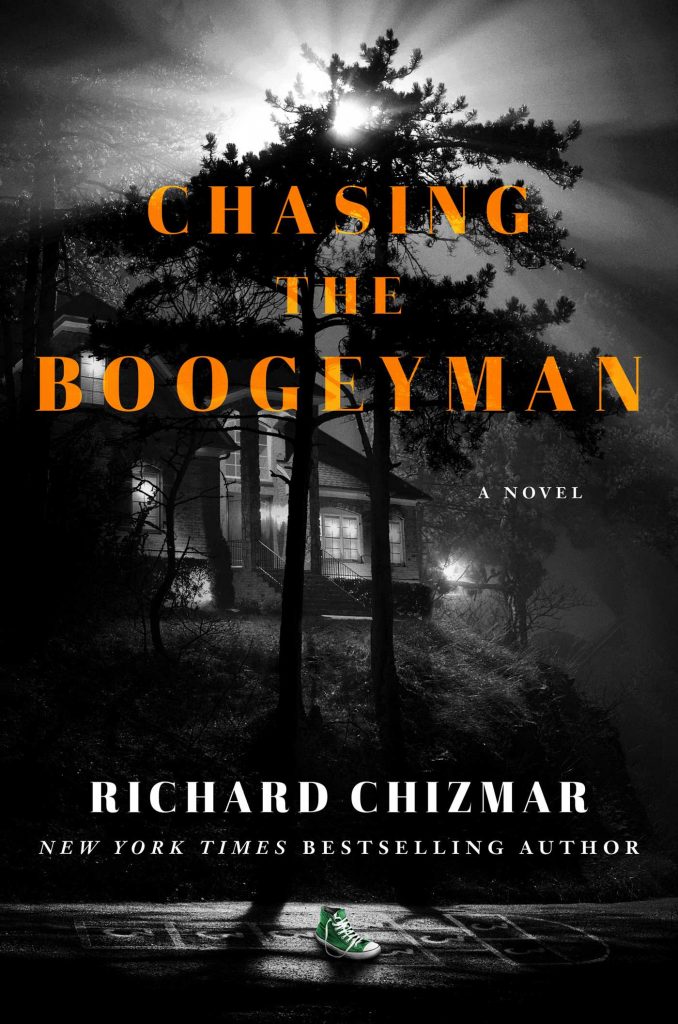 About Chasing the Boogeyman:

The New York Times bestselling coauthor of Gwendy’s Button Box brings his signature “thrilling, page-turning” (Michael Koryta, author of How It Happened) prose to this story of small-town evil that combines the storytelling of Stephen King with the true-crime suspense of Michelle McNamara.

In the summer of 1988, the mutilated bodies of several missing girls begin to turn up in a small Maryland town. The grisly evidence leads police to the terrifying assumption that a serial killer is on the loose in the quiet suburb. But soon a rumor begins to spread that the evil stalking local teens is not entirely human. Law enforcement, as well as members of the FBI are certain that the killer is a living, breathing madman—and he’s playing games with them. For a once peaceful community trapped in the depths of paranoia and suspicion, it feels like a nightmare that will never end.

Recent college graduate Richard Chizmar returns to his hometown just as a curfew is enacted and a neighborhood watch is formed. In the midst of preparing for his wedding and embarking on a writing career, he soon finds himself thrust into the real-life horror story. Inspired by the terrifying events, Richard writes a personal account of the serial killer’s reign of terror, unaware that these events will continue to haunt him for years to come.

A clever, terrifying, and heartrending work of metafiction, Chasing the Boogeyman is the ultimate marriage between horror fiction and true crime. Chizmar’s “brilliant…absolutely fascinating, totally compelling, and immediately poignant” (C.J. Tudor, New York Times bestselling author) writing is on full display in this truly unique novel that will haunt you long after you turn the final page.

Richard Chizmar is the coauthor (with Stephen King) of the New York Times bestselling novella, Gwendy’s Button Box. Recent books include The Girl on the Porch; The Long Way Home, his fourth short story collection; and Widow’s Point, a chilling tale about a haunted lighthouse written with his son, Billy Chizmar, which was recently made into a feature film. His short fiction has appeared in dozens of publications, including Ellery Queen’s Mystery Magazine and The Year’s 25 Finest Crime and Mystery Stories. He has won two World Fantasy awards, four International Horror Guild awards, and the HWA’s Board of Trustee’s award. Chizmar’s work has been translated into more than fifteen languages throughout the world, and he has appeared at numerous conferences as a writing instructor, guest speaker, panelist, and guest of honor. Follow him on Twitter @RichardChizmar or visit his website at: RichardChizmar.com.

Reviewed by Lou Pendergrast on 21 December 2020