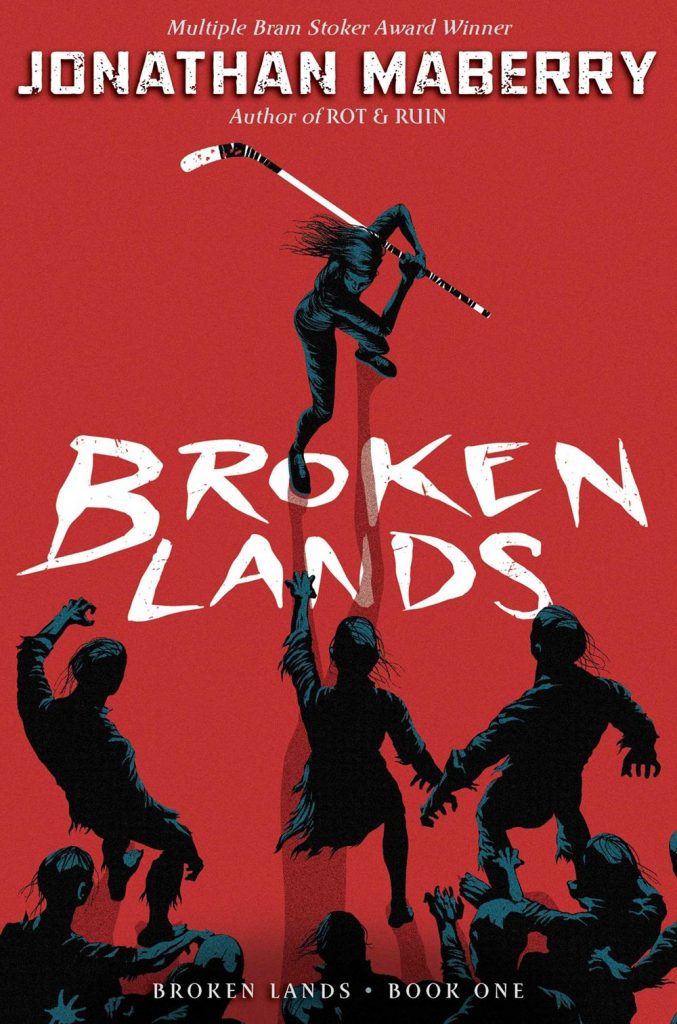 Ever since her mother’s death, Gabriella “Gutsy” Gomez has spent her days flying under the radar. But when her mother’s undead body is returned to her doorstep from the grave and Gutsy witnesses a pack of ravagers digging up Los Muertos—her mother’s name for the undead—she realizes that life finds you no matter how hard you try to hide from it.

Meanwhile, Benny Imura and his gang set out on a journey to finish what Captain Joe Ledger started: they’re going to find a cure. After what they went through in the Rot and Ruin, they think they’ve seen it all, but as they venture into new and unexplored territory, they soon learn that the zombies they fought before were nothing compared to what they’ll face in the wild beyond the peace and safety of their fortified town.

Towns and settlements swamped by the dead, zoms, or the biters aka los muertos vivientes, the living dead. There is some kind of evolution in these dead there are the Ravagers, living dead but with some brains in ways still able to kill and maim.
“The Broken Lands were broken indeed.”
There are some theories about these new batch of zoms things unspoken and secretive research with the plague, right from the genesis with patient zero.
You have the memorable crew of men and women from Rot and Ruin series and the military craftsman captain Joe Ledger in this tale.
Benny Imura is in full force sixteen years old, in good health for battle with his kami Katana sword to hand.
In one side of the country there is a new character called Gutsy alongside her friends Spider, Alethea, and Urrea, she has her own tale of survival, loosing loved one to zoms that just won’t stay buried.
Benny, Nix, Chong, Lilah, Riot, Joe Ledger and more, will all converge in due course.
There are the bad ones, the Rat Catchers, the Ravagers, the Night Army, and The Raggedy Man.
There is the Broken Lands and there is New Alamo and there is a fully loaded, high octane charged, brain trails, explosive showdown to come.
What has become of the original zoms? Who and what is behind their rise and new breed? Who is behind this army of los muertos vivientes?
All this mystery elements and thrill of battle delivered with some nice writing that has you immersed to its finality in search for answers. This is not just a ordinary zombie tale, just brains and blood, but has all the technicalities, the conspiratorial ideology, and bio engineering, re-engineering research behind the insidious plague and fall explained making it an evolved and meatier zombie tale, with a great cast of interesting characters.

Reviewed by Lou Pendergrast on 09 December 2018