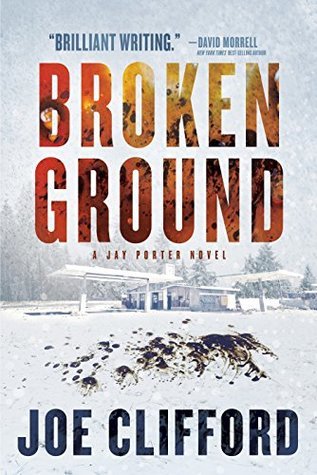 Perfect for readers who appreciate the novels of Dennis Lehane with deeply flawed characters struggling to walk the righteous path.

At an AA meeting, handyman and part-time investigator Jay Porter meets a recovering addict who needs his help. In the midst of another grueling northern New Hampshire winter, Amy Lupus’ younger sister, Emily, has gone missing from the Coos County Center, the newly opened rehab run by Jay’s old nemeses, Adam and Michael Lombardi. As Jay begins looking into Emily’s disappearance, he finds that all who knew Emily swear that she’s never used drugs. She’s a straight shooter and an intern at a newspaper investigating the Center and the horrendous secret hidden in it—or beneath it.

When Jay learns of a “missing” hard drive, he is flung back to five years ago when his own junkie brother, Chris, found a hard drive belonging to Lombardi Construction. For years Jay assumed that the much-sought-after hard drive contained incriminating photos of Adam and Michael’s father, which contributed to Chris’ death. But now he believes that hard drive may have harbored a secret far more sinister, which the missing Lupus sister may have unwittingly discovered. The deeper Jay digs, the more poisoned the ground gets, and the two cases become one, yielding a toxic truth with local fallout—and far-reaching ramifications.

“An estate recycler picks up the fragments of his life by helping others to pick up theirs. What a brilliant noir concept. And Broken Ground, the newest addition to the terrific Jay Porter series, has brilliant writing to match. ‘Freezing rain pelted the glass, like bb pellets fired from a bully’s tree fort.’ Wow. The depth of the characters. The vividness of the New Hampshire winter setting. The importance of the novel’s theme. Joe Clifford’s a crime writer to pay attention to.”
–David Morrell, New York Times best-selling author of Murder As a Fine Art and First Blood

“Joe Clifford’s latest in the Jay Porter series is a tense, emotional tour de force ferried along on a mystery that’s both timely and chilling. Don’t miss this!”
–Jamie Mason, author of Three Graves Full and Monday’s Lie

“Clifford’s edgy prose and masterful pacing, combined with flawed and profoundly human Jay Porter at the helm, make Broken Ground irresistible.”
–Wendy Walker, author of All Is Not Forgotten and Emma in the Night

“Joe Clifford writes with empathy, wisdom, and wicked wit about characters at the edge of society, sobriety, and their own tenuous sanity. Broken Ground is a feast, and Jay Porter is a unique noir hero who shines brightly in a dark world.”
–Nick Petrie, author of Light It Up and other Peter Ash novels

“Joe Clifford writes with authority and authenticity. Broken Ground, along with the other books in the Jay Porter series are frighteningly real.”
–Killer Nashville

“The writing of the author is top drawer.”
–BookLoons

“Another deftly crafted novel by Joe Clifford, Broken Ground is a simply riveting read from beginning to end and will prove to be an immediate and enduringly popular addition to community library Mystery/Suspense collections.”
–Midwest Book Review

The tale starts with a thirty-six year old Jay Porter in a AA meeting, explaining the facts that he had been sober for nine months living alone, lonely, with cat, and his son he sees when it’s his day, a happy part of his life since his divorce, whilst battling his occasional panic attacks.
He finds himself attractive to Amy, they have some things in common, parents dead, both in recovery, him for alcohol, her for drugs, both have siblings with drug problem, his is dead, hers she hopes not.
She is after something else other than companionship, she heard of his investigating jobs and needs someone tracked and found, her sister Emily.
Ever since his brother got hold of an incriminating hard drive of one prominent family, the Lombardis, his life fell apart with the web of lies and cover up, he lost his wife and son and all he had been doing in recent times was house clearing.
Whilst swallowing down doses of lorazepam he finds himself up against the search for the missing girl and possibly some love with his client whilst finding himself entangled in the Lombardis realm again.
Love lost and love gained, battling with PTSD from the time of his brothers death, and possible dangers arise in the search for answers and saving.
All crafted well, a visceral and thrilling tale evoking great locations and memorable characters, with Ray Porter’s complexities with all the lies, coverups, loss, and death he is conflict with, problems he has to solve and put to rest, inner and outer battles and tragedies, storytelling with the things that people carry.

“Out of nowhere: a panic attack.
It could happen like this. I’d had a fine day. Nothing had me stressed, I’d worked all day without worry, and then boom, my heart starts racing double time, and I’m left fumbling for my meds and smokes. Was it always going to be like this? Like I were a deer on the boulevard of life? I took a double dose, the attack so swift and strong. Was it this stretch of road? I’d taken this same route the night a man masquerading as detective snatched my brother from the Ashton jailhouse. That was five years ago. I hoped that was it. If I had tangible, concrete reason for my anxiety, however irrational, I could work toward finding a solution. But if this panic attack were totally random, my brain a haphazard patchwork of crisscrossed, jangly wires commanded by happenstance, a slave to no reason or rhyme, I’d be forever on edge, waiting for the next ambush. There had to be an inciting incident. Was this it? A fucking stretch of road where bad stuff happened, like, half a decade ago? Was that all it took? I needed to get out of Ashton. If everything in this town reminded me of misery, maybe it was time to move. This whole region, this entire mountain was one big trigger. I couldn’t relocate too far because this was where my business, my boy was. I’d finally gotten my son within reasonable driving distance. I couldn’t bail now. After four lorazepam, my heart was still racing, the night lacquered black. The sharpest edges had been rounded, but I remained jittery, on heightened alert. Took a while to calm down to my normal high-strung and wound-too-tight baseline.” 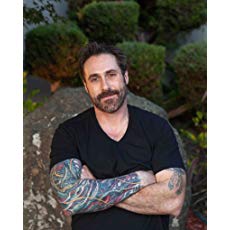 Joe Clifford is the author of several books, including The One That Got Away, Junkie Love, and the Jay Porter Thriller Series, as well as editor of the anthologies Trouble in the Heartland: Crime Fiction Inspired by the Songs of Bruce Springsteen; Just to Watch Them Die: Crime Fiction Inspired by the Songs of Johnny Cash, and Hard Sentences, which he co-edited. Joe’s writing can be found at www.joeclifford.com.

NEW STANDALONE COMING DECEMBER 3RD: The One That Got Away 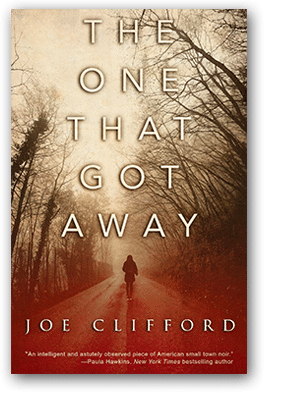 Reviewed by Lou Pendergrast on 09 November 2018