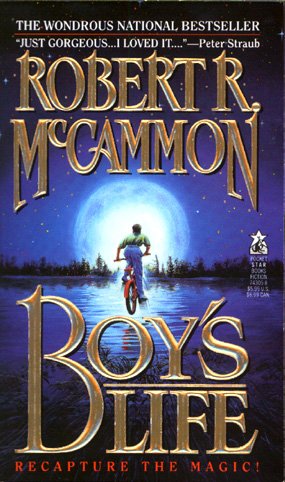 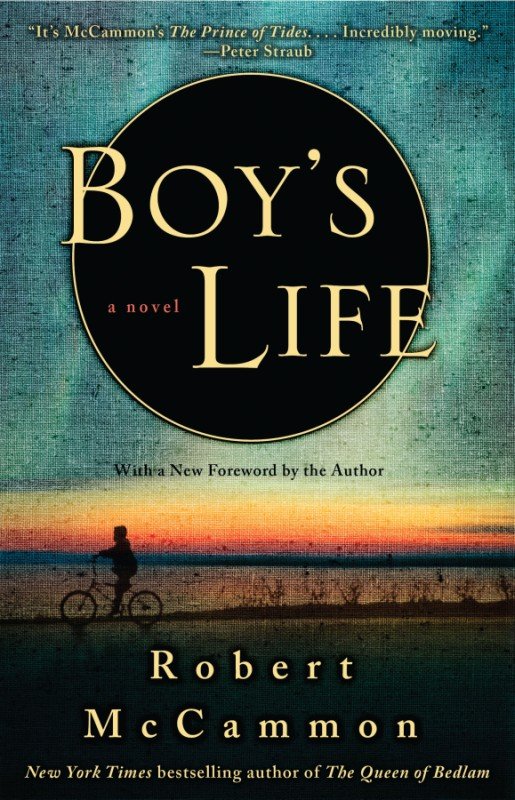 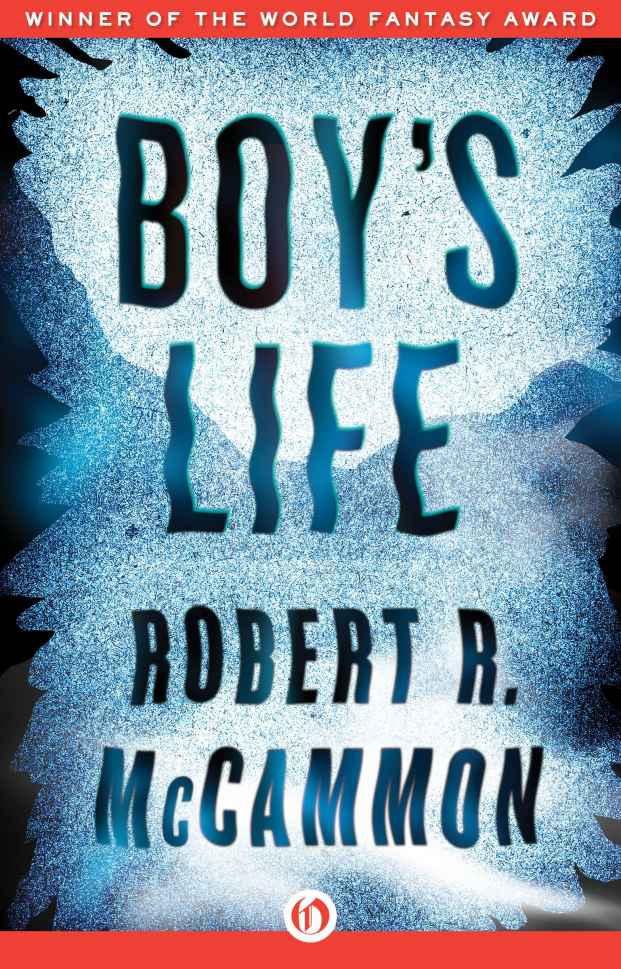 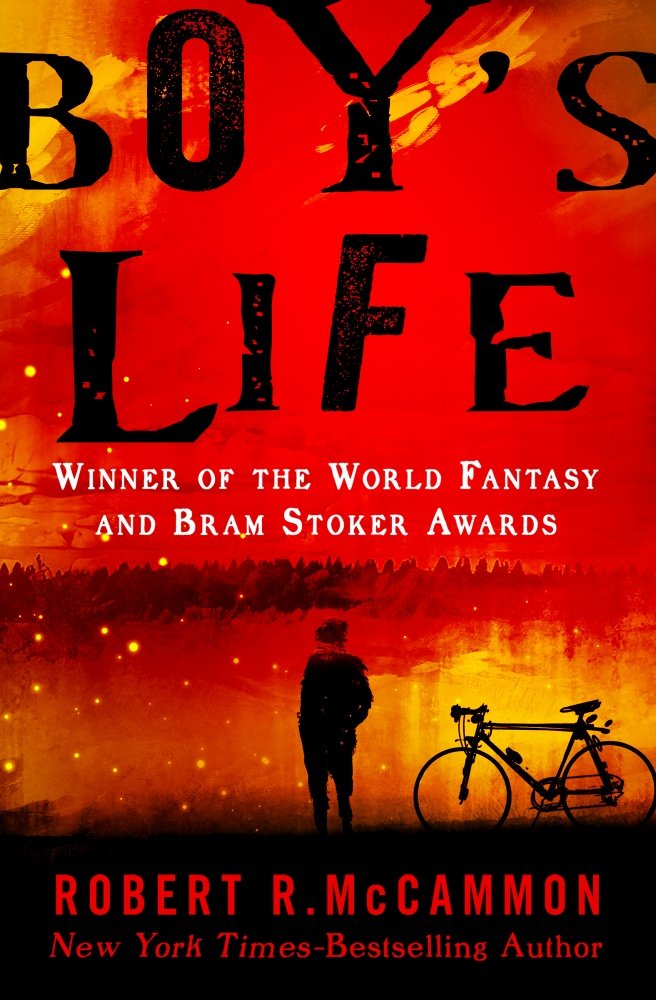 This is a Magical story of a boy Cory, he narrates to us about his life in the year 1964 in a small town of Zephyr Alabama where anything and everything happens. His experiences and friendships want to make you tearful and joyful he is on a journey of self discovery and of mysteries that haunt his father and the lake. Highly recommended read one to make my list of must reads Robert McCammon is a underrated writer a master craftsman storyteller.

‘Because Death cannot be known. It cannot be befriended. If death were a boy, he would be a lonely figure, standing at the playground’s edge while the air rippled with other children’s laughter. If death were a boy, he would walk alone. He would speak in a whisper and his eyes would be haunted by knowledge no human can bear. This is what tore at me in the quiet hours: We came from darkness, and to darkness we must return.’

In a re-read I felt i discovered more in this wonderful
Story.
The dead, The Lake, the Dog, the bicycle and the girl in the water are maybe parts that I remember well and loved to revisit.
There was also many things that I had forgotten and reliving it made it a joyful experience. It never tires to read those wonderful sentences that he puts together in this story.
When an author writes a  story of youth and coming of age they sometimes included their own experiences.
In this novel we do see in parts a little peak into the writer Robert McCammon, for instance Golden apples of the Sun by Ray Brabury is mentioned in here as one of Cory’s cherished reads and Robert McCammon has mentioned it as a book that he holds dear and recommends.
There are other things I have picked up on and they add to just how much a respected and talented writer he is.

As Robert McCammon says in the final pages of this novel, in the acknowledgments, I too bid you farewell in his words…
Your lake will always be deeper and sweeter than mine, your jar hold greater mysteries, your rockets travel truer to the heart.

Visit my webpage to read the interview during March 2012 >>>>https://more2read.com/review/interview-with-robert-r-mccammon/

“In later years I would think that no woman’s lips had ever been as red as that bike. No low-slung foreign sports car with wire wheels and purring engine would ever look as powerful or as capable as that bike. No chrome would ever gleam with such purity, like the silver moon on a summers night. I had a big round headlight and a horn with a rubber bulb, and its frame looked as strong and solid as the biceps of Hercules. But it looked fast, too; it’s handlebars sloped forward like an invitation to taste the wind, it’s black rubber pedals unscarred by any foot before mine. Dad ran his fingers along the headlight, and then picked the bike up with one hand.
“Boy, it hardly weighs anything!” he marvelled.”Lightest metal I’ve ever felt!” He put it down again, and it settled on its kickstand like an obedient but barely tamed animal.”
(Boys toys)

“I looked out, across my hometown. I looked at the green hills and the blue sky, and the distant roofs of Burton. Beside me, Rebel whimpered in a dogs dreams.
I never knew what hate really was until I thought of somebody wrapping up a bomb and putting it in a church on a Sunday morning to kill little girls.”

“This was early summer in Zephyr: an awakening to hazy morning heat, the sun gradually burning the haze off and the air getting so humid your shirt stuck to your skin by the time you’d walked to the mailbox and back. At noon the world seemed to pause on its axis, and not a bird dared to wing through the steaming blue. As afternoon rambled on, a few clouds rimmed with rule might build up from the northwest. You could sit on the porch, a glass of lemonade at your side and the radio tuned to a baseball game, and watch the clouds slowly roll toward you. After a while you might hear a distant thunder, and a zigzag of lighting would make the radio crackle. It might shower for thirty minutes or so, but most times the clouds just marched past with a rumble and grunt and not a drop of rain. As evening cooled the earth, the cicadas droned in their hundreds from the woods and lighting bugs rose from the grass. They got up in the trees and blinked, and they lit up the branches like Christmas decorations here on the edge of July. The stars came out, and some phase of the moon. If I played my cards right, I could talk my folks into letting me stay up late, like until eleven or so, and I would sit in front yard watching the lights of Zephyr go out. When enough lights were extinguished, the stars became much brighter. You could look up into the heart of the universe, and see the swirls of glowing stars. A soft breeze blew, bringing with it the sweet perfume of earth, and the trees rustled quietly in its passage. It was very hard, at times like this, not to think that the world was as well-ordered and precise as the Cartwright ranch on “Bonanza,” or that in every house lived a “My Three Sons” family. I wished it were so, but I had seen pictures of a spreading dark, a burning man, and a bomb-wrecked church, and I was beginning to know the truth.”
(Wish i/you was here?)

“This was to be my first experiment with it, and like any first experience, the feeling stays with you forever. What this was exactly I can’t say, but it drove into my soul and made a home there. Everyone was watching me; everyone was listening to me. The words coming out of my mouth-the words I’d conceived and give birth to- were making time null and void; they were bringing together a roomful of people into a journey of common sights, sounds, and thoughts; they were leaving me and travelling into the minds and memories of people who had never been at Saxons Lake that chill, early morning in March. I could tell when I looked at them that those people were following me. And the greatest thing- the very greatest thing-is that they wanted to go where I led them.”
(The joy of writing)

“I sat beside him as the chill wind moved around us. Rebel made little whining noises deep in his throat. He let me pat him, but he was somewhere else. I remembered him as a puppy, full of boundless energy, enthralled by a yellow ball with a little bell in it. I remember the times we had raced each other, and like a true Southern gentleman he had always let me win. I remembered when he flew, over the hills of summer. Even if that had only been in my imagination, it was truer than true. I cried some.
More than some.”
(I am sure I am not the only one who has been here)