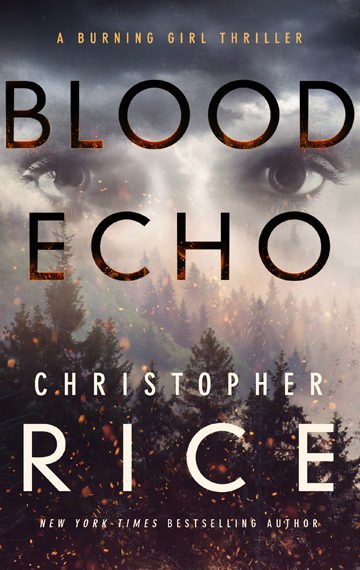 A conspiracy that promises bloodshed and the only woman who can stop it collide in the page-turning thriller by Christopher Rice, Amazon Charts bestselling author of Bone Music.

Kidnapped and raised by serial killers, Charlotte Rowe suffered an ordeal that made her infamous. Everyone in the world knew who she was. But no one in the world has any idea what she’s become…

Charlotte is an experiment. And a weapon. Enabled by a superpower drug, she’s partnered with a shadowy pharmaceutical company to hunt down and eliminate society’s most depraved human predators. But her latest mission goes off the rails in a horrifying way. Unsettled by her own capacity for violence, Charlotte wants some time to retreat so she can work on her new relationship with Luke, a sheriff’s deputy in the isolated Central California town she now calls home.

If only the threats hadn’t followed Charlotte there.

Something sinister is evolving in Altamira, California—a massive network of domestic terrorists with ties to Charlotte’s influential and corrupt employers. As a vast and explosive criminal conspiracy grows, the fate of Charlotte’s hometown hangs in the balance. With everyone she cares about in danger, Charlotte has no choice but to bring her powers home.

Charlotte Rowe has been triggered, and now she’ll have to take matters into her own powerful hands.

Praise for the Burning Girl Series:

“A stellar and gripping opening to the Burning Girl series introduces the tough, smart Trina Pierce, aka Charlotte Rowe, who survived a childhood of murder and exploitation to discover there might be another way to fight back…Readers will be eager for the next installment in Rice’s science-fiction take on The Girl with the Dragon Tattoo.”
-Booklist (starred review)

“Bone Music is a taut and gripping thriller that’s as bleak and harsh as the Arizona desert. It never lets up until the final page. Rice has created a great character in Charlotte Rowe.”
—Authorlink

You happen to see a brown pickup truck in a particular town of his tale and you live in this story and are character, then maybe good idea to steer clear of it.
There is a killer that drives one, a killer of the constant and methodical kind, one after the other, praying on innocent victims and vulnerable sex workers.
A one Richard Davies a heartless kind of species.
There was one woman one would think she was another kind of species, when she’s in her realm with all the rage.
There is a kingpin money man behind revolutionary research into and creating breakthroughs in human abilities and capabilities pushing that human ability further, with top-secret operations and billion-dollar fortress, that had a captivating element to the narrative.
The seek and destroy of one serial killer to another potential killer on a different scale entertain the reader, and the whole why of it all and why the seed behind this undertaking of one mans version of doing good in the world.
A killing machine had been built and progressing further in development, one that can systematically take out an individual, built to take down these monsters in the tale, all in the ideal of protecting the innocent and doing some good in the world.

It seems there’s more to be learned of this female protagonist, Charlotte Rowe, one that has many good things going for her.
I have not read her first step into a story in the first book of this series with Bone Music, maybe worth a read, so many books not enough time. This does come free under Kindle unlimited package and well worth a peak if you already paying monthly.

Memorable nicely crafted characters with hidden stark truths that will be revealed in this immersive tale.
I liked the crime and techno thriller vein of story with a special drug.
Nicely put together easy flowing reading with an evolved thriller narrative with mystery, love, death, past and future in the balance. 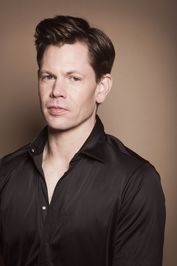 Christopher Rice is the recipient of the Lambda Literary Award and is the New York Times bestselling author of A DENSITY OF SOULS and the Bram Stoker Award finalists THE HEAVENS RISE and THE VINES. He is the head writer and an executive producer of “The Vampire Chronicles”, a television show based on the bestselling novels by his mother, Anne Rice. Together they penned RAMSES THE DAMNED: THE PASSION OF CLEOPATRA, a sequel to her bestselling novel THE MUMMY OR RAMSES THE DAMNED. BONE MUSIC, the first installment in his new Burning Girl series, was released March 1st, 2018, and the sequel, BLOOD ECHO, will be released in February 2019. With his best friend, New York Times bestselling novelist Eric Shaw Quinn, Christopher hosts the YouTube channel THE DINNER PARTY SHOW WITH CHRISTOPHER RICE & ERIC SHAW QUINN (#TDPS). THE DINNER PARTY SHOW began as a podcast and Internet radio show. You can download and stream all of their episodes at www.TDPS.tv. He lives in West Hollywood, California. Visit him at www.christopherricebooks.com.