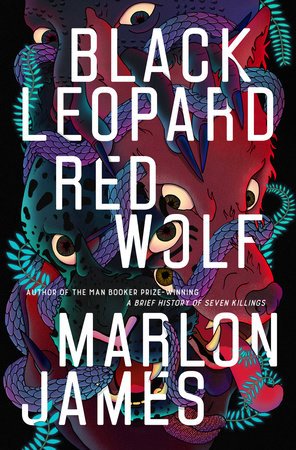 The epic novel, an African Game of Thrones, from the Man Booker Prize-winning author of A Brief History of Seven Killings

In the stunning first novel in Marlon James’s Dark Star trilogy, myth, fantasy, and history come together to explore what happens when a mercenary is hired to find a missing child.

Tracker is known far and wide for his skills as a hunter: “He has a nose,” people say. Engaged to track down a mysterious boy who disappeared three years earlier, Tracker breaks his own rule of always working alone when he finds himself part of a group that comes together to search for the boy. The band is a hodgepodge, full of unusual characters with secrets of their own, including a shape-shifting man-animal known as Leopard.

As Tracker follows the boy’s scent–from one ancient city to another; into dense forests and across deep rivers–he and the band are set upon by creatures intent on destroying them. As he struggles to survive, Tracker starts to wonder: Who, really, is this boy? Why has he been missing for so long? Why do so many people want to keep Tracker from finding him? And perhaps the most important questions of all: Who is telling the truth, and who is lying?

Drawing from African history and mythology and his own rich imagination, Marlon James has written a novel unlike anything that’s come before it: a saga of breathtaking adventure that’s also an ambitious, involving read. Defying categorization and full of unforgettable characters, Black Leopard, Red Wolf is both surprising and profound as it explores the fundamentals of truth, the limits of power, and our need to understand them both.

“Gripping, action-packed… The literary equivalent of a Marvel Comics universe — filled with dizzying, magpie references to old movies and recent TV, ancient myths and classic comic books, and fused into something new and startling by his gifts for language and sheer inventiveness.”
– Michiko Kakutani, The New York Times

“James’ visions don’t jettison you from reality so much as they trap you in his mad-genius, mercurial mind. . . . Drenched in African myth and folklore, and set in an astonishingly realized pre-colonized sub-Saharan region, Black Leopard crawls with creatures and erects kingdoms unlike any I’ve read. . . . This is a revolutionary book.”
—Entertainment Weekly

“Marlon James is one of those novelists who aren’t afraid to give a performance, to change the states of language from viscous to gushing to grand, to get all the way inside the people he’s created… [Black Leopard, Red Wolf] looks like another great, big tale of death, murder and mystery but more mystically fantastical… Not only does this book come with a hefty cast of characters (like Seven Killings), there are also shape shifters, fairies, trolls, and, apparently, a map. The map might be handy. But it might be the opposite of why you come to James—to get lost in him.”
—The New York Times

“Fantasy fiction gets a shot of adrenaline.”
—Newsday

“Stand aside, Beowulf. There’s a new epic hero slashing his way into our hearts, and we may never get all the blood off our hands. . . . James is clear-cutting space for a whole new kingdom. ‘Black Leopard, Red Wolf,’ the first spectacular volume of a planned trilogy, rises up from the mists of time, glistening like viscera. James has spun an African fantasy as vibrant, complex and haunting as any Western mythology, and nobody who survives reading this book will ever forget it. That thunder you hear is the jealous rage of Olympian gods. . . . ‘Ocean’s Eleven’ has got nothing on this ensemble.”
—Washington Post

“James is a professed fantasy nerd, so Black Leopard, Red Wolf will certainly appeal to fans of all the well-acknowledged authors with at least two initials — George R.R. Martin, J.R.R. Tolkien, J.K. Rowling, etc. But if you’ve read James’ 2014 novel A Brief History of Seven Killings (decidedly not a sci-fi or fantasy book but a 700-page world-building epic about the attempted assassination of Bob Marley), you’ll drag yourself to the midnight queue to buy Black Leopard regardless of the whole ‘Game of Thrones’ selling point.”
—Huffington Post

“Black Leopard, Red Wolf is the kind of novel I never realized I was missing until I read it. A dangerous, hallucinatory, ancient Africa, which becomes a fantasy world as well-realized as anything Tolkien made, with language as powerful as Angela Carter’s. It’s as deep and crafty as Gene Wolfe, bloodier than Robert E. Howard, and all Marlon James. It’s something very new that feels old, in the best way. I cannot wait for the next installment.”
—Neil Gaiman

“This book begins like a fever dream and merges into world upon world of deadly fairy tales rich with political magic. Black Leopard, Red Wolf is a fabulous cascade of storytelling. Sink right in. I guarantee you will be swept downstream.”
—Louise Erdrich

“Black Leopard, Red Wolf aims to be an event, and to counter the dominant impression of the genre it inhabits. . . . Black Leopard delivers some genre-specific satisfactions: the fight scenes are choreographed with comic-book wit . . . But it deliberately upends others. When I first saw the news that James was writing a fantasy trilogy, I had assumed that, after reaching the pinnacle of critical acclaim, with the Booker, he was pivoting to the land of the straightforward best-seller. . . . Instead, he’d written not just an African fantasy novel but an African fantasy novel that is literary and labyrinthine to an almost combative degree.”
—The New Yorker

“James’ sensual, beautifully rendered prose and sweeping, precisely detailed narrative cast their own transfixing spell upon the reader. He not only brings a fresh multicultural perspective to a grand fantasy subgenre, but also broadens the genre’s psychological and metaphysical possibilities. If this first volume is any indication, James’ trilogy could become one of the most talked-about and influential adventure epics since George R.R. Martin’s A Song of Ice and Fire was transformed into Game of Thrones.”
—Kirkus Reviews (starred review)

“An epic fantasy with deep roots in African history and myth… A thrilling story.”
—Southern Living

The lead character, a man born of city of Juba, goes by the name of Tracker, he is a tracker, one with skill in seeking out, also hunting and killing, will traverse with horse and feet, spear and sword, bow and arrows, and daggers to hand into perilous expanses upon a labyrinthine quest.

Ancient times are a coming, many displeasing terrible things transpire upon this groundbreaking colossus tale of a world crafted by author Marlon James.
You enter at your peril, he will take you on a stupor at times feasting on violence and vulgarities ones you may recoil from in various scenes, a tale that has roots in old tales, Greek tragedies.
Embrace the force of Marlon James, laid out in lucid potent prose in a sprawling odyssey like quest, in this new epic series that will shake you up.

You will encounter in this tale: 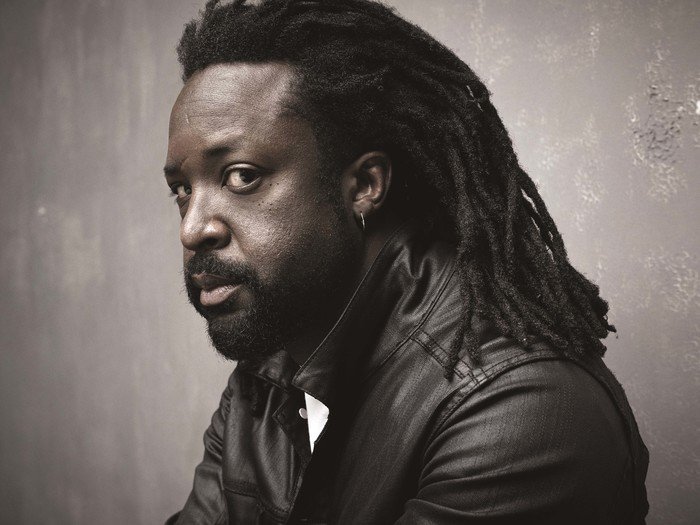 Marlon James was born in Jamaica in 1970. His novel A Brief History of Seven Killings won the 2015 Man Booker Prize. It was also a finalist for the National Book Critics Circle Award and won the OCM Bocas Prize for Caribbean Literature for fiction, the Anisfield-Wolf Book Award for fiction, and the Minnesota Book Award. It was also a New York Times Notable Book. James is also the author of The Book of Night Women, which won the 2010 Dayton Literary Peace Prize and the Minnesota Book Award, and was a finalist for the 2010 National Book Critics Circle Award in fiction and an NAACP Image Award. His first novel, John Crow’s Devil, was a finalist for the Los Angeles Times Book Prize for first fiction and the Commonwealth Writers’ Prize, and was a New York Times Editors’ Choice. James divides his time between Minnesota and New York.

Reviewed by Lou Pendergrast on 04 February 2019