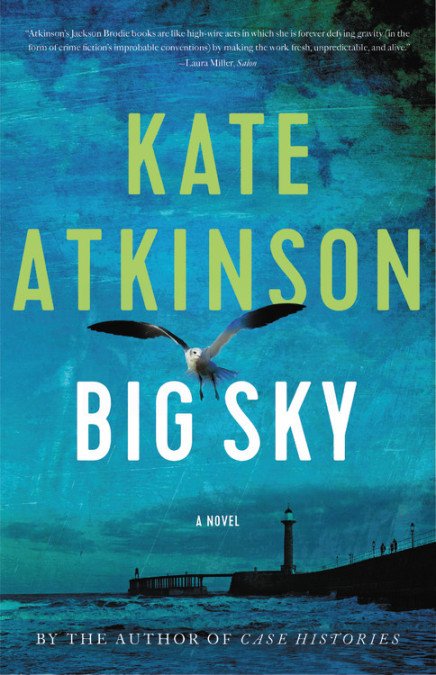 
Jackson Brodie has relocated to a quiet seaside village, in the occasional company of his recalcitrant teenage son and an aging Labrador, both at the discretion of his ex-partner Julia. It’s picturesque, but there’s something darker lurking behind the scenes.

Jackson’s current job, gathering proof of an unfaithful husband for his suspicious wife, is fairly standard-issue, but a chance encounter with a desperate man on a crumbling cliff leads him into a sinister network—and back across the path of his old friend Reggie. Old secrets and new lies intersect in this breathtaking novel by one of the most dazzling and surprising writers at work today.

Ms. Atkinson writes passages that simply have to be read twice, once when you first travel through the book and then later, when you want to see just how she tricked you…Ms. Atkinson remains a wonderful stylist and Grade A schemer…She was never confined to the crime genre, has written in assorted other modes and excels at them all. Whatever she goes on to write, she leaves Jackson Brodie at a suspenseful and pivotal moment. Future installments are well worth waiting for.”
—Janet Maslin, New York Times

“Wonderful…full of artful digressions and unexpected turns, but it amply makes good on its obligations as a mystery novel to explain the who, what and why.”
—Tom Nolan, Wall Street Journal

Praise for One Good Turn:

“Compelling and always entertaining. . . . Atkinson is a restrained, perceptive writer skilled at telling stories from multiple and hugely diverse points of view, making a crusty female police officer every bit as believable as her socially challenged teenage son. Her prose is piercing, lucid and perceptive.”
—USA Today

Praise for When Will There Be Good News?:

“As a reader, I was charmed. As a novelist, I was staggered by Atkinson’s narrative wizardry.”
—Stephen King, Entertainment Weekly

“Uncategorizable, unputdownable, Atkinson’s books are like Agatha Christie mysteries that have burst at the seams—they’re taut and intricate but also messy and funny and full of life.”
—Lev Grossman, Time

“There is intrigue. There are surprises. But the unknowns aren’t always what we think they are. The deepest pleasure here, though, is the author’s language. As ever, Atkinson is sharp, precise, and funny . . . Another beautifully crafted book from an author of great intelligence and empathy.”
—Kirkus, Starred Review 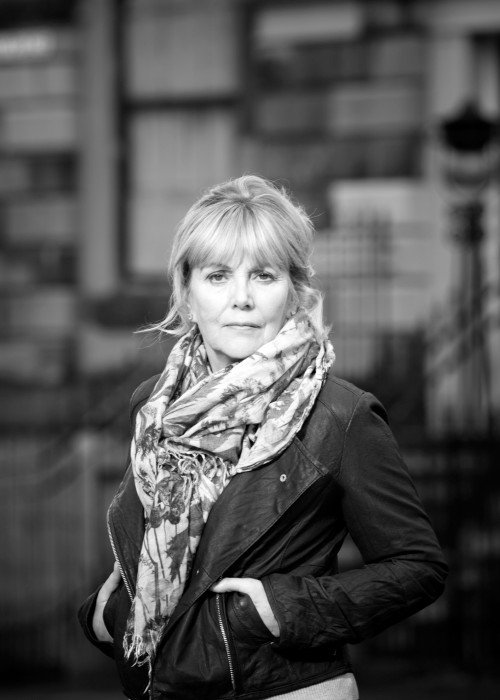 Kate Atkinson was born in York and now lives in Edinburgh.

She won the Whitbread (now Costa) Book of the Year prize with her first novel, Behind the Scenes at the Museum. Her four bestselling novels featuring former detective Jackson Brodie became the BBC television series Case Histories, starring Jason Isaacs. Her last novel, Life After Life, was the winner of the Costa Novel Award and the South Bank Sky Arts Literature Prize, and was shortlisted for the Women’s Prize. It was also voted Book of the Year for the independent booksellers associations on both sides of the Atlantic. Her new novel, A God in Ruins, is a companion to Life After Life, although the two novels can be read independently.

She was appointed MBE in the 2011 Queen’s Birthday Honours List, and was voted Waterstones UK Author of the Year at the 2013 Specsavers National Book Awards.