9/11 a date imprinted on the minds of many a time in history that saw the loss of countless lives and changed the minds and hearts of those that were left behind forever. Sometimes the truth is darker than fiction. Steve Piacente has penned a story that could have been any one of the stories we have seen on the news in the past, a story about a man Hank Moss who lost his beloved sister in the fallen and gave up all. He put his career on hold, he was a top professional tennis player and had a wife and kid, he enlisted himself to go and fight in Afghanistan and never returned again except in a casket. His wife Isabel (Bella) a strong main character of this story wants the truth on his death and those responsible held accounted for. Bella seeks out the help of Danny a Washington journalist to uncover the truth and bring it out into the open. Danny finds himself seduced by the one strikingly beautiful widower, recently himself out of a marriage with a child to his name, is he on the rebound? Or is he caught in a web of deceit and just a pawn in a game?
This story is it just about selling the papers and getting the votes or its more about the truth even though it could dispirit those in a similar position as Hank Moss was?

The author Steve Piacente, also experienced as a Washington journalist, knows the world around the journalist character Danny well and weavers the story and hooks you in with the need for truth. There are some really nicely put together descriptive passages in this story and he tackles many feelings in this story of love and loss, trust and dishonesty. For a debut he has done well in tackling a big story of fiction that has quite a non-fiction reality to it.

“They wound up placing a few mementos in her casket-a childhood bible, a family photo, her diary and a lock of her daughters hair. At the wake, five-year-old Sally gestured toward the casket and tugged his sleeve.Is she there, Uncle Hank? That was when Hank decided to put his career an family on hold and go fight in Afghanistan.”Hitting tennis balls seems ridiculous right now,”he told Sports Illustrated the day he enlisted.”I don’t want special treatment from the Army. I just want to go.”

“The Secretary of Defense posthumously promoted Hank to corporal and awarded him a Silver Star for gallantry, valor and heroism.”A hero and a patriot who made the ultimate sacrifice,” the Secretary said.”

“The same things once impressed your wife. No more. Your wife not only knows your tricks, she knows every shirt, tie and pair of pants hanging in the closet. After a few years, she doesn’t even look up when you go out the door. So an adoring new girlfriend-or boyfriend for the neglected wife-is great for a flagging ego. What no thinks about is that after a little time, once the glow fades, the adoring girlfriend learns to hide the harmonica because the same songs over and over begin triggering migraines that make her feel like her eyes are bleeding.”
Purchase from Amazon.com 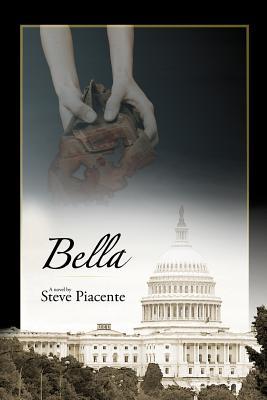 Reviewed by Lou Pendergrast on 02 March 2012