Are Snakes Necessary? by Brian De Palma and Susan Lehman 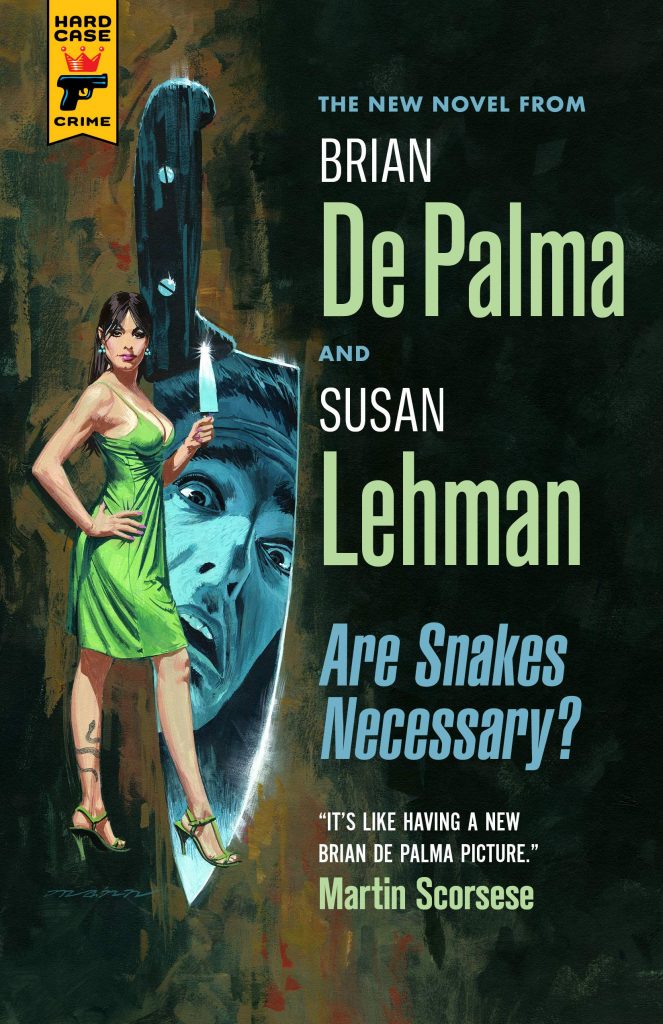 When the beautiful young videographer offered to join his campaign, Senator Lee Rogers should’ve known better. But saying no would have taken a stronger man than Rogers, with his ailing wife and his robust libido. Enter Barton Brock, the senator’s fixer. He’s already gotten rid of one troublesome young woman—how hard could this new one turn out to be?

Pursued from Washington D.C. to the streets of Paris, 18-year-old Fanny Cours knows her reputation and budding career are on the line. But what she doesn’t realize is that her life might be as well…

The first novel from the legendary film director and a former editor of the New York Times
Brian de Palma’s more than thirty films include Carrie, Scarface, The Untouchables, Dressed to Kill, Body Double, Blow Out, and the original Mission: Impossible
Original cover painting by Paul Mann

Praise for Are Snakes Necessary:

“When we were all trying to get our first pictures made, Brian De Palma was leading the way, forging ahead, giving a real example to follow. Brian was the model of the truly independent filmmaker, no matter what the situation or the scale of the picture or the size of the budget. When he got into a tough situation, he fought, he did the best he could, he learned and he moved on and made the next picture. Now, with Susan Lehman, he’s turned his energies to writing. In Are Snakes Necessary?, you have the same individual voice, the same dark humor and bitter satire, the same overwhelming emotional force. It’s like having a new Brian De Palma picture.”
— Martin Scorsese

Brian De Palma is the world-famous director of more than thirty films, including Carrie, Scarface, The Untouchables, Dressed to Kill, Body Double, Blow Out, and the original Mission: Impossible. The subject of the 2015 documentary De Palma, he is considered one of the most accomplished filmmakers of the last fifty years, a peer to directors such as Steven Spielberg, Francis Ford Coppola, and Martin Scorsese and an inspiration to next-generation directors such as Quentin Tarantino.

Susan Lehman is a former editor of the New York Times and author whose writing has appeared in the Washington Post, The Atlantic Monthly, Vogue, The New Yorker, and Spy magazine. An attorney by training, she also served as communications director at the Brennan Center for Justice.