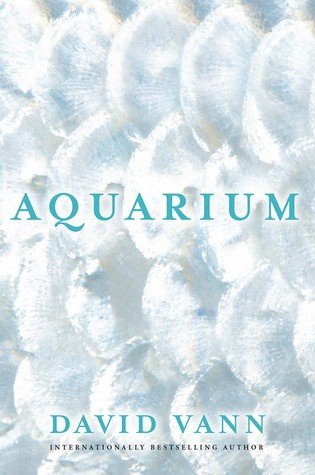 William Faulkner described fiction as, “The human heart at conflict with itself,” this story has it at its centre.
David Vann is one that juxtaposes characters, love, struggles, and nature.
He places them in various environments, with their journey, in the wilderness, in islands, in mountains, and now with this tale, fish.
This is a tale in the first person narrative, with a potent and visceral prose, in the voice of a young girl.
Unflinching and unwavering in interest, the author has you in the tragedy and the journey of this girl and what surrounds her right to the end.

“My mother that evening was tired. She lay on the couch and I snugged against her and we watched TV, mostly commercials. Back in our aquarium, as territorial and easily found as any fish. We had only four places to hide in this tank: the couch, the bed, the table, and the bathroom. If you checked those four spots, you’d always find us.The bare white walls gone blue in the light from the TV, no different from glass. A ceiling clamped down above so we couldn’t jump out and escape. Sound of a filter and pump running, the heating unit, keeping us at the right temperature.The only question was who was outside, looking in.”

“East Yesler Way didn’t seem like it was in a city. Lined with two-story apartment complexes, with front yards that looked like backyards, some of them littered with plastic toys and laundry and thrown-away furniture but most looking tidy enough behind their chain-link fences. Smokers standing in the cold, watching me pass. Maybe it did look like a city. Just not downtown, even though we were close. Almost every day someone was moving in or out. And they could be anyone, any race or age, with or without kids. Like one big motel, that entire long street, built for no one’s dream. I didn’t like East Yesler Way because no one belonged, but for some reason I never walked down one of the other streets. I had a pathway, a route, as unthinking as the sharks that circled like monks. I felt safe, at least, in my big jacket, and no one bothered me, which I find amazing when I look back on it now. I Google the street and see the crime rate at three times the national average,car theft almost six times higher.I think of my mother and the teachers at school letting me walk that route every day, and I’m filled with a rage that will never go away because it comes from some hollow vertigo unfinished. I feel dizzy with fear for my former self, and how can that be? I’m here now. I’m safe. I have a job. I’m thirty-two years old. I live in a better section of town. I should forgive and forget. The only thing that kept me moving along that street each afternoon was the blue at the end, the sea visible because we were on a hill. That blue promised the aquarium. A gauntlet leading to a sanctuary. I could have stayed in an after-school program, but it was my choice to visit the fish. They were emissaries sent from a larger world.They were the same as possibility, a kind of promise.”

“Everything bad in this world comes from men, my mother said.You have to know that. All violence, all fear, all slavery. Everything that crushes us.”

“How do you put a family back together, and how do you forgive?”