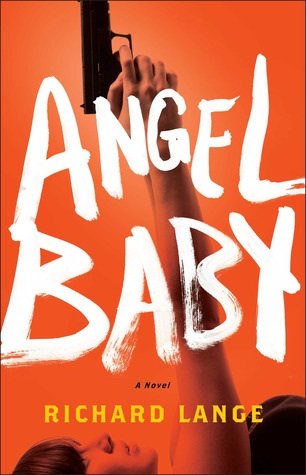 “A truly great read….Lange’s prose is sharp throughout and his pacing moves with the momentum of rolling thunder.”
—Derek Hill, Mystery Scene

“A rising star…. Lange embraces classic noir in all its violence, bleakness, and dark humor. He makes readers care about his flawed characters and appreciate the odds that were stacked against them by the circumstances of their upbringing. A film waiting to happen, this book boasts memorable characters, evocative settings, and a suspenseful plot.”
—Kirkus

“Enticing…. Hope and regret tangle at each turn, and Lange’s tours through Tijuana and SoCal evoke a gritty grace. For readers who have already plowed through all the available Don Winslow.”
—Christine Tran, Booklist

“Angel Baby starts off in a sprint and never slows down. Richard Lange is a natural-born storyteller. What an excellent novel, both suspenseful and surprisingly moving.”
—Ron Rash, author of The Cove

“Richard Lange has a PhD in badass, and in Angel Baby he leads the reader through every can’t-look, can’t-look-away corner of treachery and sleaze, violence and danger. Lange stands out as the greatest young crime writer of his generation, precisely because he doesn’t write crime-he writes literature.”
—Jerry Stahl, author of Permanent Midnight

“A forceful read….Richard Lange’s gripping novel is full of compelling characters, including a manipulative Mexican drug lord, a treacherous hit man, and sleazy border opportunists, but at the heart of this fast-moving story is Luz.”
—Don Mann, author of Inside SEAL Team Six

“This novel should come with a warning….The sentences flash like switchblades, the chapters rattle off like gunfire. Make all the comparisons you like-Cormac McCarthy, Dennis Lehane, Martin Scorsese-but Richard Lange is a force of his own, the high standard for crime fiction.”
—Benjamin Percy, author of The Red Moon

The setting Tijuana, in this story its a place were people minded their own business if they valued their life.

There is one character Malone a driver of sorts that would get you across the border in the boot of his motor vehicle for a good price and he is about to handle goods that needs more than anyone else to be reunited with her estranged young daughter, she is on the run from some trouble aka Angel baby.
Malone turns out to be a likeable character even though he is a bit of a shady one, you sometimes may spot him in knee-length Bermuda shorts, a tourist t-shirt from Cabo San Lucas, and flip-flops, a typical Gabacho all in the cause of blending in.

Jeronimo, a bad ass mexican is on his tail and needs to get her back. He has a shaved head, mahogany skin, tattoos covering both arms and boiling up out of the neck of his T-shirt.

So the scene is set and the events unfold in great pace the whole story has you hooked in anticipation and resolve, cleverly developed characters, spot on dialogue and action, this author has done a top notch job in telling this story a pulsating thriller that brings me back to tales like Savages by Don Winslow, Savage Season by Joe Lansdale, Point and Shoot by Duane, Donnybrook by Frank Bill and Carrion Birds by Urban Waite.

“A powerful man has enemies, a successful man breaks hearts, and the loser will always try to destroy the winners and drag them back down into the mud.”

“She knew all his fears, all his weaknesses, and how to use them against him. And that’s why we married her, he sees it now, the real reason: to keep his greatest enemy close.”