Review : Anatomy of a Scandal by Sarah Vaughan - More2Read

Anatomy of a Scandal by Sarah Vaughan 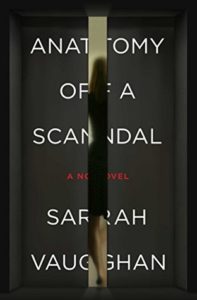 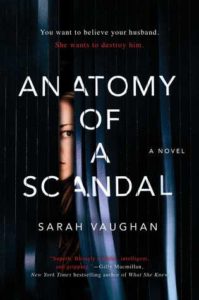 Praise for Anatomy of a Scandal

“The courtroom yields high drama, but Vaughan also dives deep into the characters’ backstories—especially the entitled lives of powerful men—creating a nuanced story line perfectly in tune with our #metoo times.”—People, Book of the Week

“One of the season’s most buzzed-about thrillers.”—Bookish

“Vaughan offers gripping insight into a political scandal’s hidden machinations and the tension between justice and privilege…Absorbing, polished.”—Booklist (starred review)

An astonishingly incisive and suspenseful novel about a scandal amongst Britain’s privileged elite and the women caught up in its wake.

Sophie’s husband James is a loving father, a handsome man, a charismatic and successful public figure. And yet he stands accused of a terrible crime. Sophie is convinced he is innocent and desperate to protect her precious family from the lies that threaten to rip them apart.

Kate is the lawyer hired to prosecute the case: an experienced professional who knows that the law is all about winning the argument. And yet Kate seeks the truth at all times. She is certain James is guilty and is determined he will pay for his crimes.

Who is right about James? Sophie or Kate? And is either of them informed by anything more than instinct and personal experience? Despite her privileged upbringing, Sophie is well aware that her beautiful life is not inviolable. She has known it since she and James were first lovers, at Oxford, and she witnessed how easily pleasure could tip into tragedy.

Most people would prefer not to try to understand what passes between a man and a woman when they are alone: alone in bed, alone in an embrace, alone in an elevator… Or alone in the moonlit courtyard of an Oxford college, where a girl once stood before a boy, heart pounding with excitement, then fear. Sophie never understood why her tutorial partner Holly left Oxford so abruptly. What would she think, if she knew the truth?

A timely compelling narrative which has you want justice to prevail with a jury of 12, 7 women, and 5 men.
I can see this one being adapted to Film and doing well with its relevance in today’s abuses, manipulations, and power play in entertainment industry and politics.
Some aspects of the human condition and the dark stain of what men do to maybe ruminate within the reader.
There was that House of Cards show, i would call this a tapestry of deceit as an alternative title, as it is a view on the deceitful climb to power and position.
Shakespearean tragedy unfolding not far from his theatre on the South Bank London.

“This is my world—archaic, anachronistic, privileged, exclusive. Everything I should, and normally would, profess to hate. And yet I love it. I love it because all this—the nest of buildings at the edge of the City, tucked off the Strand and flowing down towards the river; the pomp and the hierarchy; the status, history and tradition—is something I once never knew existed, and to which I never thought I could aspire. All of this shows how far I have come.”

“James Whitehouse, a junior Home Office minister and confidant of the prime minister’s, conducted his affair with his parliamentary researcher in the Palace of Westminster. The married, father of two also shared a room with blonde Olivia Lytton, 28, during the party conference.”

“And then there’s his charm—for James Whitehouse has this in abundance.”

“fathers in banking; houses in the country; ponies and tennis lessons; skiing holidays; a private education culminating in boarding for the sixth form at a good public school.”

“If university was a place of discovery then there were thousands of lives being reinvented or found: narratives written and rewritten; sexualities tried and discarded; political allegiances tested, altered, and abandoned over the length of an eight-week term.”

“My colleagues sometimes call me the Ice Queen—a compliment of sorts for a barrister has to be capable of putting emotion aside and being forensic, detached, even severe.”

Reviewed by Lou Pendergrast on 26 January 2018